Report: Americans Should Be Very Worried About Mail-in Voting 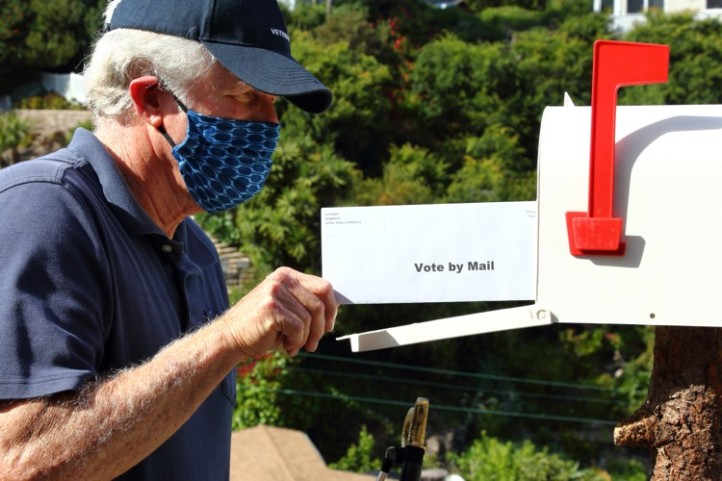 A group known as the Honest Elections Project is alerting Americans regarding events taking place around the country that appear to confirm fears the widespread use of mail-in voting amid the coronavirus outbreak will contribute to controversy surrounding the presidential election. This is allegedly because some states have changed their voting procedures without sufficient time to fine tune the new systems.

The group had warned in a July report that mass mail-in voting would not only waste resources, but increase the likelihood of voter fraud.

“Almost everything we warned of, happened in multiple states throughout the primaries,” a new addendum to the report reads. “Rather than learn from these mistakes, many states are repeating them.”

The addendum makes its case based on lawsuits filed by various liberal groups to force states into changing their ballot deadlines in such a way that could result in late ballots being counted, as well as the counting of ballots that would otherwise be deemed invalid. Such a case is currently pending a decision by the Supreme Court.

Other groups are challenging election-security laws such as prohibitions on ballot harvesting and witness requirements. The Honest Elections Project argues, “Uncertainty and last-minute rules changes amplify the risk of delay and post-election litigation that could drag on for weeks, cast doubt on the election’s outcome, and possibly force states to miss the deadline to participate in the Electoral College, disenfranchising millions.”

The group also worries that the large number of absentee ballots currently being cast is more than some states will be able to handle if they do not already have the right infrastructure set up. The organization pointed to an NPR report that revealed 550,000 absentee ballots were rejected during this year’s primary elections alone.

Looking at November’s election, the Honest Elections Project pointed to ballot errors, such as thousands in New York City that included envelopes made out to the wrong people, and thousands of others sent to Los Angeles County residents that did not include the ability to vote for president.

Honest Elections Project executive director Jason Snead told Fox News that the problems he has seen are “mostly system-level problems” as opposed to fraud, but the report does refer to several incidents, including the arrest of a New Jersey postal worker who allegedly dumped more than 1,800 pieces of mail, including 99 general election ballots.

Regardless of the intent or cause for problems, Snead warned that the best way to ensure the integrity of the election is for people to vote in person if they are capable of doing so. He said that unless voters are particularly vulnerable to coronavirus, they should vote in person, either on Election Day or during early voting periods to avoid overwhelming their states’ voting systems.

“We need to have absentee voting for vulnerable voters,” Snead said, asserting that others should vote in person to avoid placing an unnecessary strain on the system. “Anyone who can vote in person will free up an absentee ballot effectively for those who need it.”

As The New American previously reported, the New York City Board of Elections (BOE) disqualified 84,208 vote-by-mail ballots — nearly 21 percent of the total cast — in the June 23 Democratic presidential primary.

The reasons for disqualification included missing a postmark, failing to include a voter’s signature, and other defects. Roughly 30,000 mail-in ballots were invalidated just in Brooklyn.

Democrats, the mainstream media, and the establishment in general continue to push the narrative that because of the nature of mail-in voting, Americans should not expect to know the winner of the presidential race on Election Night.

“The notion that we will know by 11:00 or midnight is not real,” says Stacey Abrams, the failed Georgia gubernatorial candidate who has made combating “voter suppression” her personal mission. “This is going to be a contentious election. We know that there will be delays in counting and there will be delays in reporting, and there will be litigation to challenge any results people don’t like. But the patience of this election is what I’m most concerned about — that people understand that ‘slow’ does not mean ‘rigged.’”

Of course, the delay in reporting and the correction of “discrepancies” may be just what Democrats will allow them to turn an Election Night Trump victory into a Biden win.

Luis Miguel is a writer whose journalistic endeavors shed light on the Deep State, the immigration crisis, and the enemies of freedom. Follow his exploits on Facebook, Twitter, Bitchute, and at luisantoniomiguel.com.