Mastercard and Microsoft Want to Take Control of Your Identity 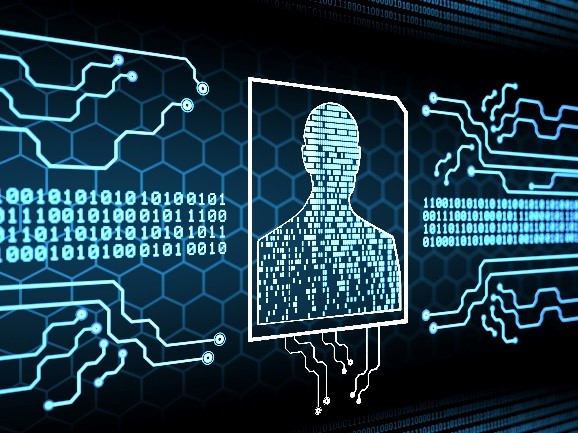 Concerned about privacy being eroded by Big Brother? Forget National I.D. — Mastercard and Microsoft have just unveiled a plan to aggregate people’s personal information and cobble it together into “digital identities” to relieve the “huge burden” placed on individuals who need to prove they are who they say they are.

According to a joint press release issued by the two companies and published on Mastercard’s website:

Currently, verifying your identity online is still dependent on physical or digital proof managed by a central party, whether it’s your passport number, your proof of address, driver’s license, user credentials or other means. This dependence places a huge burden on individuals, who have to successfully remember hundreds of passwords for various identities and are increasingly being subjected to more complexity in proving their identity and managing their data. Working together, Mastercard and Microsoft aim to give people a secure, instant way to verify their digital identity with whomever they want, whenever they want.

The answer to these challenges is a service that would allow individuals to enter, control and share their identity data their way — on the devices they use every day. That’s Mastercard’s intention, working closely with players like Microsoft.

Granted, it is inconvenient to keep up with all of the passwords one uses to log into myriad online services, but does it approach the level of being a “burden”? Hardly. And put in the for-what-it’s-worth column, the “challenges” Mastercard and Microsoft seek to “answer” have already been answered.

While users should never reuse passwords across services (since doing so allows anyone who gains access to one password to try it on other services), it is not necessary to “ remember hundreds of passwords for various identities.” That’s what password managers are for. A user sets up a password manager, assigns it a strong password, and uses it to store all of his other passwords. This writer uses Encryptr on all of his devices. Since it is cross-platform (meaning it works on Windows, Mac, Linux, Android, and iPhone) and is powered by SpiderOak’s end-to-end encrypted, zero knowledge technology, I am able to easily access my passwords on any device I use without concern that my passwords are at risk. The end result is that one needs only ever remember three passwords: one to unlock the encryption of his computer (your computer is encrypted, right?), one to unlock the encryption of his mobile device (right?), and one to unlock the encryption of his password manager. Period.

So if Mastercard/Microsoft don’t really have a problem to solve, what exactly are they up to? Well, the press release seems to be a good example of the two companies tipping their mitt. It appears that Big Data is out to do what Big Data usually does: harvest users’ data and try to reshape the political landscape in the process.

“Today’s digital identity landscape is patchy, inconsistent and what works in one country often won’t work in another. We have an opportunity to establish a system that puts people first, giving them control of their identity data and where it is used,” says Ajay Bhalla, president, cyber and intelligence solutions, Mastercard. “Working with Microsoft brings us one step closer to making a globally interoperable digital identity service a reality, and we look forward to sharing more very soon.”

The release continues: “Access to a universally-recognized digital identity could unlock new and enhanced experiences for people as they interact with businesses, service providers and their community online” and says that would include:

• Commerce: Enable a more personalized and efficient shopping experience online and in stores, regardless of the payment type, device or service provider

So, the plan involves a lot more than eliminating the “burden” of keeping track of passwords and is not limited to online services. In fact, Joy Chik, corporate vice president, Identity, Microsoft, is quoted in the press release as saying, “Digital identity is a cornerstone of how people live, work and play every day.” She adds, “We believe people should be in control of their digital identity and data, and we’re thrilled to first work with Mastercard to bring new decentralized identity innovations to life.”

The first hurdle to overcome here is a representative of Microsoft pretending that the company “ believe[s] people should be in control of their digital identity and data.” If there were any truth in that, Microsoft would not have created an operating system that is essentially spyware. Furthermore, for Mastercard and Microsoft to even begin to be able to handle everything from your social media, e-mail, media-streaming, Social Security payments, passport application, taxes, shopping, bank balances, loan payments, etc., they would need to know (and would know) almost everything about you. They would have the keys to the kingdom.

And then, there is the liberal reshaping of the world to fit their utopian ideal. Toward the bottom, the press release states, “This digital identity initiative could also help solve for common challenges” and lists those “common challenges” as the following three things:

• Identity Inclusion: More than 1 billion people, a majority of them women, children and refugees, are not officially recognized; a digital identity can improve their access to health, financial and social services.

How did Master/Soft manage to work illegal immigration into a proposal for a Big-Brother-style I.D. program? Because that is precisely what “refugees” are being used as a euphemism for. After all, wouldn’t most legitimate refugees who entered a nation legally already have some way to be identified? And those who don’t (perhaps due to a legitimate crisis) would not likely have access to the devices that would be needed to use this “digital identity” program.

It seems the real goal here is to sweep together all the data that corporations have already harvested, expand on it, legitimize it, and use it to gain even greater control over the people of the world — all while pressing their social agenda in the process.