Joseph Biden was asked during a recent interview on MSNBC whether he thought domestic unrest would occur in the streets of the United States if all votes were not counted on November 3, throwing the outcome of the upcoming presidential election into question.

He replied by saying,

“I’m not going even to entertain that, because I’m not anticipating that will happen…. The last thing we need is the equivalent of a coup.  I mean, this is not who we are.”

History refutes Biden’s claim.  The United States perpetrates coup d’états.  It does so often.  And it does so without apology.

Did Ukraine cross Biden’s mind when he was asked whether the legitimacy of the imminent American presidential election might be called into question?  He was Barack Obama’s point man in the aftermath of the U.S. sponsored coup in 2014 that used neo-Nazis to bring sycophants of the IMF to power in Kiev precipitating a civil war.

And what about Honduras, where Obama passively accepted a coup against the democratically elected Zelaya government in 2009 that was undertaken by military graduates of the infamous School of the Americas in Fort Benning, Georgia?

Exactly how would Biden characterize the removal of Muammar Gaddafi from power by Islamic extremists and NATO bombing in Libya as engineered by Obama in 2011, an action he and Secretary Clinton fully endorsed?  A coup? Regime change? Biden has a history of vocally supporting the latter while calling it humanitarian intervention. 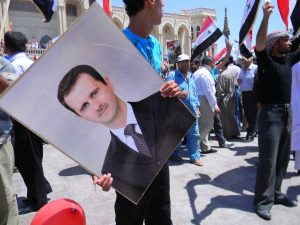 Biden fully advocated Obama’s dirty war on Syria that began in 2011, to dislodge the Ba’athist government of Bashar al-Assad from power.  If elected president, he pledges to increase military spending and keep troops in Syria, Iraq and Afghanistan as part of a broader plan to pressure Assad and confront Russia and Iran in the Middle East.

Biden is a neoliberal interventionist who is on the record as voting for Bush Jr’s war in Iraq that toppled the Ba’athist government of Saddam Hussein from power in 2003 after covert war planners realized that a coup could not eliminate the Iraqi president because of impenetrable security measures taken by the Iraqis.

Biden knows the fate of these leaders and the U.S. government’s complicity in their demise in the same way John Gotti and his underboss Sammy Gravano of the Gambino crime family knew the names of the victims on their hit list.

Biden is no less a mafioso than any of the underbosses of New York’s five crime families, having served as Obama’s Vice-President for eight years.  For example, in 2015, he engaged in blackmail by threatening to withhold a billion dollars in U.S. loan guarantees from the leaders of Ukraine unless they fired the country’s top prosecutor, Viktor Shokin who was investigating Burisma, an energy company on whose board of directors sat the Vice-President’s son, Hunter Biden.  The prosecutor was fired, and the investigation halted as Biden Jr. collected $83,000 per month to sit on the board of a gas company he knew nothing about in a country whose language he did not speak.

Mafia tactics are part and parcel of American foreign policy as evidenced by the history of U.S. intervention in Cuba.  Besides imposing a 60 year economic embargo on the island, the U.S. government took part with the Italian-American mafia in several failed attempts to assassinate Fidel Castro.  The mafia had vast holdings in Havana casinos it was trying to protect, while the CIA wanted to safeguard the investments of U.S. corporations and banks in the Caribbean.

Coup d’états are not only reserved for the leaders of foreign government who displease the rulers of empire.

Closer to home, ‘Russiagate’ and ‘Ukrainegate’ were attempts to remove Donald Trump from power by the intelligence community led by the CIA’s John Brennan, the NSA’s James Clapper and the FBI’s James Comey.  They acted at the behest of Hillary Clinton, a member along with husband Bill, of the notorious Clinton crime syndicate of racketeers and war criminals. 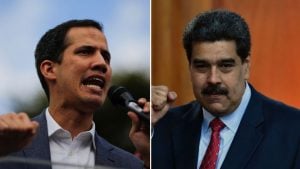 Trump, rather than learn from the illegality of the exercise, ordered Secretary of State Mike Pompeo, a de facto caporegime, to foment a coup in Venezuela by removing President Nicolas Maduro from power in favor of U.S. puppet Juan Guaido.  The coup attempt has failed, but U.S. economic sanctions have killed over 40,000 Venezuelan people.

When examining the history of American coup d’états, the assassination of John Kennedy was the most dramatic.  As was the murder of  Robert Kennedy.  The Kennedy brothers were impediments to the military-industrial complex during the cold war with the Soviet Union that threatened to go nuclear during the Cuban missile crisis of 1962 and the hot war in Vietnam that was so divisive during the tumultuous year of 1968.  Both were killed by acts of state.

The United States only supports elite democracy when the elites serve corporate interests and those of the national security autocracy.  Even within this context, there are intense struggles to determine which faction of the ruling class will hold power.

American citizens should know their choice in the upcoming presidential election is limited to selecting the leader of the Democratic or Republican crime syndicates.  The two-party system of American imperialism works on behalf of a rapacious owing class that uses murder, extortion, sanction, bribery, electoral fraud, war and mass violence to control the world.

There should be no illusion that a vote for the Democrat Biden or the Republican Trump, is a vote for the American political mafia, a ruthless outfit that protects the material interests of the corporate plutocracy in a very unfree global market, proving that capitalism is synonymous with organized crime.

Donald Monaco is a political analyst who lives in Brooklyn, New York.  He received his Master’s Degree in Education from the State University of New York at Buffalo in 1979 and was radicalized by the Vietnam War.  He writes from an anti-imperialist, anti-capitalist perspective.  His recent book is titled, The Politics of Terrorism, and is available at amazon.com