The world is entering a chaotic phase. There have been recent claims that the US has begun to create «manageable chaos» globally. But events in the Middle East have dispelled the illusion that the instigator of this chaos is capable of managing it. And that unmanageable chaos may very soon overtake the world of international finance. The US is once again guilty of having ushered in unmanageable financial chaos, and Ukraine’s $3 billion debt to Russia will serve to detonate the process.

It is no coincidence that problems are mounting around that debt. Washington is deliberately exploiting the debt to try to inflict damage on Russia. The final destruction of the global financial order that was established during the international conference at Bretton Woods in 1944 could end up as collateral damage of the anti-Russian policy.

The US devised the Bretton Woods monetary system, then inflicted the initial damage on it during the 1970s when Washington stopped exchanging dollars for gold. Gold was demonetized, the world transitioned to paper money, and fixed exchange rates were eliminated. The financial markets, as well as financial speculation, began to expand at a frantic pace, which significantly reduced the stability of the global economy and international finance. Financial chaos was already at hand, but at the time it was still at a manageable level. The International Monetary Fund, which was created in December 1945, remained the tool for managing international finance.

Yet today we are eyewitnesses to the IMF’s destruction, which threatens to magnify the instability of global finance in the midst of global financial chaos. The IMF’s role in maintaining relative financial order in the world not only consisted of issuing loans and credits to specific countries, but also in the fact that it acted as the final authority, writing the rules of the game for global financial markets. After the United States – the IMF’s main shareholder (controlling approximately 17% of the voting power within the fund) – dragged the IMF into the games it was playing with Ukraine, that international financial institution was forced to break its own rules that it had developed and honed over the course of decades. The fund’s recent decisions have created a precedent for a game played without rules, and it is almost impossible to calculate the consequences for international finance. 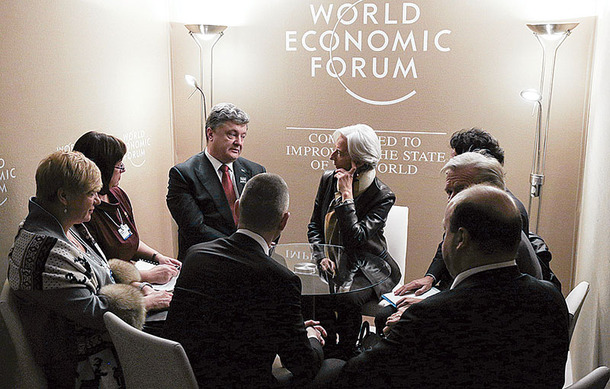 The most recent ruling of this type was issued on Dec. 8. It was timed to correspond with the final maturity date for Ukraine’s $3 billion debt to Russia – Dec. 20. Washington continues to urge the Ukrainian government not to repay its Russian debt. But if Kiev fails to pay back what it owes, this will almost automatically lead to a full-scale sovereign default, and thus the IMF, in accordance with the rules that have been in place almost since the fund’s birth, will no longer have the right to make loans to Ukraine. In order to continue transferring funds from the IMF’s loan to Ukraine (a loan agreement for $17.5 billion was signed in April 2015), Washington ordered the fund to rewrite the rules so that even if Kiev defaults on what it owes Moscow, the IMF could still lend Ukraine money. The fund – ever submissive – fulfilled this seemingly unfulfillable command.

Aleksei Mozhin, the IMF director for the Russian Federation, reported that on Dec. 8 the fund’s Executive Board approved reforms that would allow lending to debtors even in the event of a default on sovereign debt. Everyone knows perfectly well that the fund made such a revolutionary decision specifically in order to prop up the moribund regime in Kiev and to needle Russia. Speaking to reporters, Russian Finance Minister Anton Siluanov stated, «The decision to change the rules appears hasty and biased. This was done solely to harm Russia and to legitimize the possibility of Kiev not paying its debts».

There have been few decisions of such a radical nature in the IMF’s history. For example, in 1989 the fund won the right to make loans to countries even if the recipients of those funds still had unpaid debts to foreign commercial banks. And in 1998 the fund was permitted to lend to countries with outstanding liabilities on sovereign bonds held by private investors. However, the repayment of debts to sovereign creditors has always been a sacred duty for the IMF’s clients. Sovereign creditors are the saviors of last resort, who come to the aid of states that are being turned away by private lenders and investors.

Under the IMF’s rules, a state’s liabilities to a sovereign creditor (i.e., another state) are just as «sacred» as liabilities to the fund itself. This is, in a manner of speaking, a cornerstone of international finance. And here we see how, at an ordinary meeting of the IMF’s Executive Board, this cornerstone has been hastily pulled out from under the edifice of international finance. Russian Finance Minister Anton Siluanov drew particular attention to this aspect of the Executive Board’s ruling: «The rules for financing the fund’s programs have existed for decades and have not changed. Sovereign creditors have always had priority over commercial ones. The rules have emphasized the special role of official creditors, which is especially important in times of crisis, when commercial lenders are turning countries away, depriving them of access to resources». 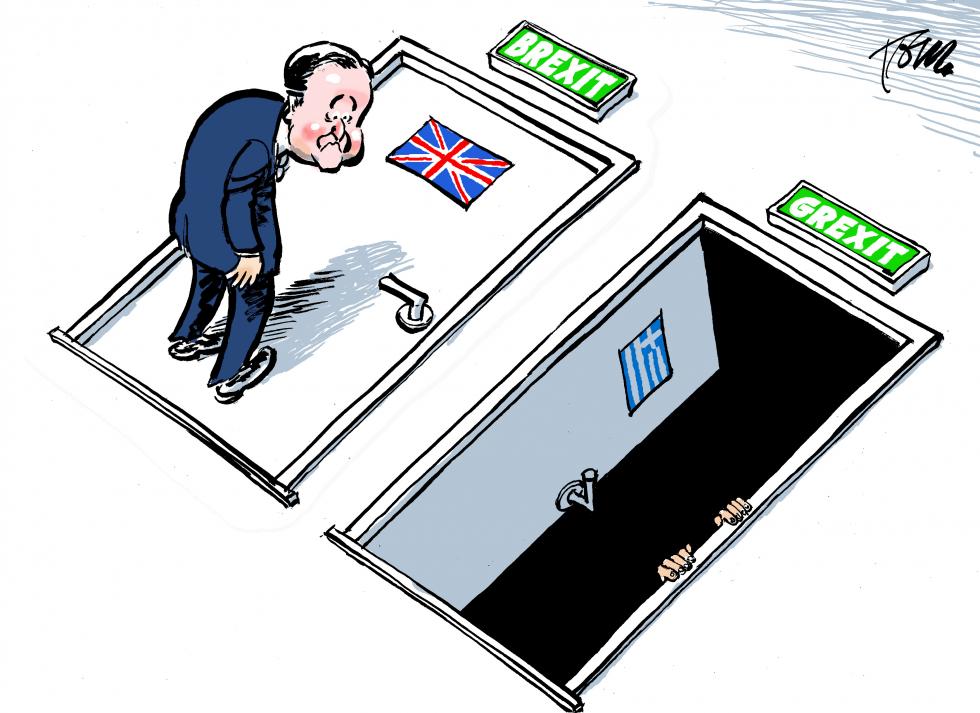 The submissive posture of the fund and the audacity of its main shareholder (the US) can be seen in the way the Dec. 8 decision was quickly rubber-stamped, while for five years Washington has blocked efforts to reform the fund (to review the quotas of the member states and to double the fund’s capital). According to Siluanov, given the IMF Executive Board’s Dec. 8 decision, «America’s unwillingness to address the issue of the ratification of the agreement to replenish the IMF’s capital appears particularly egregious, especially when that capital would be very useful in solving Ukraine’s debt problems».

On Dec. 10, a 34-page report was published containing details of the reform that had been approved by the IMF’s Executive Board on Dec. 8. According to that document, some of those changes apply to debt to sovereign creditors that is not covered by the Paris Club agreements. However, a debtor country must meet a number of conditions in order to maintain its access to IMF funds, including «making good faith efforts» to restructure its debt.

The reference to «good faith efforts» raises a very interesting point. So far Kiev has made no efforts at all in its capacity as a debtor state. The statements by Ukrainian Prime Minister Arseniy Yatsenyuk do not count. Those were not attempts at «good faith efforts,» but rather ultimatums made to Russia, a sovereign creditor: in other words, you will either join the restructuring talks we are holding with our private creditors or else we will not pay you anything at all. It’s also typical that these statements were not even made through the official channels of correspondence but were issued verbally on television. I found one statement by Yatsenyuk particularly moving, when he claimed that he had not received any formal proposals from Moscow regarding Ukraine’s debt.

This is something new, in intergovernmental relations in general and in international monetary and credit relations in particular. Almost since the birth of the IMF, a rule has existed (and still does), according to which: a) any initiative to alter the original terms of a loan must come from the debtor, not the creditor; and b) that initiative (request) must be issued in writing and sent to the creditor via official channels.

If Mr Yatsenyuk is unaware of these rules, perhaps the officials of the IMF could explain them to him. However, nothing like this has been done.

Let’s return to the Dec. 8 decision. Whether Kiev wants to or not, if it is to continue obtaining credit through the fund, Ukraine must at least show evidence of an attempt to negotiate with its creditor, i.e., with Moscow. It must provide evidence of «a good faith effort,» so to speak. And of what should that evidence consist? There must be at least three steps: a) a formal request to begin talks to review the terms of the loan must be drafted and sent to the creditor; b) the debtor must receive an official response from the lender; and c) if the creditor agrees – negotiations must be held to revise the terms.

Of course Kiev’s negotiations with its private creditors regarding the restructuring of its debt began almost immediately after the latest IMF loan agreement was signed, i.e., they lasted from March 2015 until late August 2015. The negotiation process lasted until October, which means that the debt restructuring dragged on for six months.

Don’t forget that the deadline to repay the debt to Russia (Dec. 20) falls on a Sunday. Kiev has very little time left to demonstrate «a good faith effort» and even in a best-case scenario could not possibly manage more than the first two of the three steps I have listed. There is no time for the third and most important step.

It will be very interesting to hear what the IMF has to say on Monday, Dec. 21. Where will it be able to find evidence of Kiev’s «good faith efforts»? Or will it wait for its cue from the main shareholder? Although that main shareholder is not renowned for its mental finesse, it makes up for its doltishness with sheer nerve. 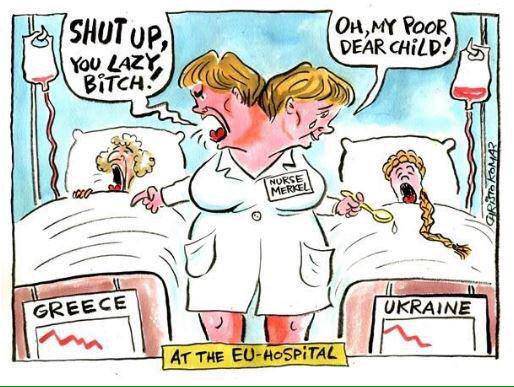 Dec. 21 promises to be the most shameful day in the history of the IMF, which could be followed by the death of this international financial institution. Unfortunately, the IMF would still be capable of blowing up the global financial system before its own demise, using Ukraine’s debt to Russia as the detonator. Of course, Washington is the one really playing the game – the fund is merely a toy in its hands. But why would Washington want this to happen? Strictly speaking, it is not even official Washington that wants this, but the «money masters» (the Federal Reserve’s main shareholders), and every official connected with the White House, US Treasury, and other US government agencies is on their payroll. The money masters have been forced to defend the weakening dollar using proven tools – the creation of chaos outside America’s borders. Any kind of chaos will work – political, military, economic, or financial.

After the ruling by the IMF’s Executive Board on Dec. 8, 2015, which was made in order to prop up the bankrupt regime in Kiev and solely for the purpose of harming Russia, some financial experts have cautiously expressed their opinion that there will soon be little reason for Russia to remain in the IMF. I can only endorse their position, although Russia’s withdrawal from the IMF would be a necessary but insufficient prerequisite for bolstering Russian statehood. Russia must still create a reliable defense against global financial chaos, which, after Dec. 21, will quickly grow unmanageable.