Net Neutrality Is Dead — And Not a Moment Too Soon! 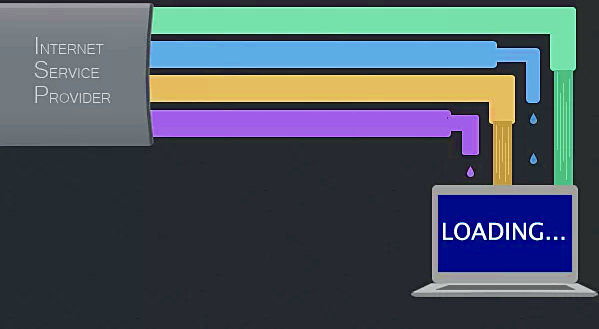 Net Neutrality is dead. The Federal Communications Commission (FCC) voted 3-2 Thursday to dismantle the scheme. And while its supporters are busily running around like Chicken Little, claiming the sky is falling, the simple truth is that the death of the Obama-era regulation of the Internet is a very good thing.

When the FCC voted on February 26, 2015 to reclassify the Internet as a public utility under Title II of the Communications Act of 1934, then-Chairman Tom Wheeler promised that so-called Net Neutrality would usher in an era of a “free and open” Internet. Never mind that the entire scheme was built on one lie after another. For instance, the first big lie is that the Internet needed government regulations to make it free and open. Here is a tip for those who want to know: government regulations are the opposite of free and open.

To illustrate that, let’s take a moment to remember that the architects and supporters of Net Neutrality promised that there would be no rate regulation (similar enough to Obama’s promises of no premium increases with the misnamed Patient Protection and Affordable Care Act). And yet, in April 2016, Wheeler testified before Congress that a bill to keep the FCC from regulating Internet rates would kill Net Neutrality and prevent the commission from enforcing its rules. Because the power to set rates was part of the plan all along, just like with ObamaCare.

Likewise, the promise that Net Neutrality would not regulate content was so much political hot air. In November 2015, it was already apparent that politically conservative websites could find themselves in the crosshairs of censorship. After all, the authority of Net Neutrality allowed it, and Wheeler’s promise of “forbearance” was just words.

Even without the threat of the FCC regulating both rates and content, Net Neutrality was the bane of freedom and openness. As this writer explained in detail when Net Neutrality was just taking effect, the rules against blocking, throttling, and paid prioritization were really rules against a free market Internet. Those so-called “bright-line” rules were also mere window dressing for what Wheeler called a “catch-all standard.” That “catch-all standard” was the “general conduct rule” which Wheeler described by writing:

The bright-line bans on blocking, throttling, and paid prioritization will go a long way to preserve the virtuous cycle. But not all the way. Gatekeeper power can be exercised through a variety of technical and economic means, and without a catch-all standard, it would be that, as Benjamin Franklin said, “A little neglect may breed great mischief.”

Any person engaged in the provision of broadband Internet access service, insofar as such person is so engaged, shall not unreasonably interfere with or unreasonably disadvantage (i) end users’ ability to select, access, and use broadband Internet access service or the lawful Internet content, applications, services, or devices of their choice, or (ii) edge providers’ ability to make lawful content, applications, services, or devices available to end users. Reasonable network management shall not be considered a violation of this rule.

Given that latitude, there would be little the FCC could not regulate about the Internet. Given the propensity of government to expand its own power, it is easy to see how Net Neutrality was a threat to the freedom and openness of the Internet.

One thing that really stands out in this is that government regulations — no matter how bad — are so rarely repealed. Take ObamaCare as an example. In the few years it has been in force, it has already become engraved in the American psyche to the point that Republicans who railed against it when it passed are now trying to figure out how to repeal and replace, rather than just repeal. In another comparison, it matters little how broken the Social Security scheme is; few will ever talk about jettisoning it.

As such, there was a very narrow window of opportunity to kill Net Neutrality before it killed the free and open Internet it claimed to protect. The election of Donald Trump and his appointment of Ajit Pai — an outspoken opponent of Net Neutrality — to replace Wheeler as FCC chairman served to mark the beginning of the end of government regulation of the Internet.

That end — long predicted — came Thursday with firm finality. The vote removed not only Net Neutrality, per se, but also the faulty logic on which it rested: Title II reclassification. Now that the Internet is no longer considered what it never was — a public utility — the FCC lacks the authority to regulate it. Period.

Because the Internet — like the rest of the free market — does better in the absence of government regulation.

And while the doomsday prophets on the Left are already predicting the Dark Ages of the Internet with people unable to access content and communicate freely, the reality is that — as Ajit Pai said after Thursday’s vote — “The internet wasn’t broken in 2015. We were not living in some digital dystopia.” In fact, even supporters of Net Neutrality seem to realize that, even if they don’t know they realize it.

For instance, The Verge — an avid apologist for Net Neutrality — accidentally expressed that principle in an article that seems designed to create a sense of fear and dread at the death of Net Neutrality. The article — under the headline, “What public libraries will lose without net neutrality” — begins, “The FCC will vote on a measure today that would repeal net neutrality and pave the way for the end of the free, open internet as we’ve always known it.” Always? If we have always known a free, open Internet and Net Neutrality has been around only since 2015, then it can’t be the cause of a free, open Internet. In other words, Pai is correct, “The internet wasn’t broken in 2015.” And it didn’t need to be fixed.

Now that this backward scheme has been relegated to the trash heap of history, the Internet will continue to be free and open.