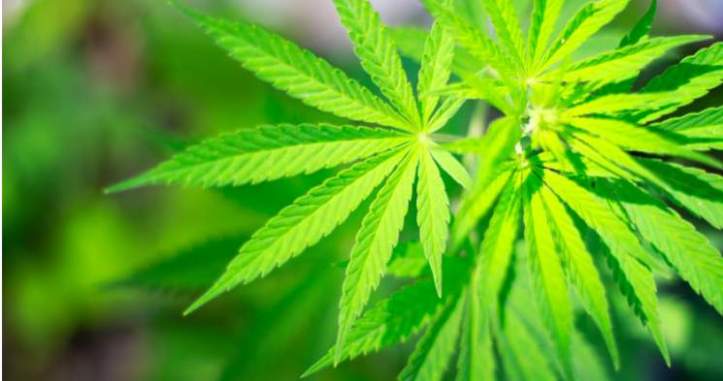 With four American states so far having defied the United Nations and the federal government by ending marijuana prohibition, the UN’s army of drug warriors has been meeting in Vienna to plan a response and demand obedience to its global drug-control regime.

Uruguay is also in UN crosshairs, with the planetary body’s prohibition bureaucrats vowing to dispatch a “high-level mission” to the South American nation in a bid to have the cannabis plant re-criminalized in accordance with UN narcotics treaties. However, resistance to UN demands and even to the dictator-dominated outfit are growing, with experts increasingly speaking out against the entire notion of a UN-run global prohibition regime that has failed in its supposed mission to stamp out unapproved substances.

According to the UN International Narcotics Control Board (INCB), one of the global agencies responsible for waging the drug war worldwide, planetary bureaucrats are pressuring the U.S. government to defy the Constitution and impose pot prohibition on unwilling states. Beginning in 2012 with the decision of voters in Colorado and Washington State to nullify U.S. statutes and UN agreements demanding war on marijuana and its users, prohibition of the substance has suffered several major blows across the United States. Last year, voters in Alaska, Oregon, and Washington, D.C., nullified the war on pot. Before that, almost half of American states had already defied the UN and the feds by making medical marijuana legal for sick people whose doctors prescribe it.

The UN’s drug czars have for years been lashing out at the United States about the trend, to no avail. In fact, Attorney General Eric Holder, perhaps the most radical federal supremacist to ever occupy the office, was even forced to concede in congressional testimony that there are limits to Washington, D.C.’s powers to conscript state governments in the war on drugs. The broader Obama administration, meanwhile, for reasons that are not yet clear, has been pushing the UN to allow a “flexible interpretation” of its global prohibition treaties. “Things have changed since 1961,” said William Brownfield, Obama’s assistant secretary at the State Department’s Bureau of International Narcotics and Law Enforcement Affairs, referring to the year the UN prohibition regime was established. “We must have enough flexibility to allow us to incorporate those changes into our policies.”

Of course, treaty or no treaty, the Constitution does not grant the federal government any power to either criminalize substances — that is why alcohol prohibition required an amendment — or to force states into submission on the issue. Indeed, America’s Founders, the Constitution, and the U.S. Supreme Court have all made clear that the federal government may not expand its powers beyond those delegated in the Constitution merely by adopting treaties. Washington, D.C., is explicitly prohibited from commandeering state and local governments to enforce its policies. The UN, though, appears ignorant or unconcerned about the constraints on federal power imposed by America’s system of limited constitutional government.

In Uruguay, meanwhile, authorities went beyond merely ending prohibition, setting up a system in which the government actually produces and sells marijuana directly to consumers. Those policies also fly in the face of the UN’s global prohibition regime — as UN drug warriors have been complaining since before the policy was even adopted — but Uruguayan officials show no signs of backing down in response to escalating UN pressure. The UN now says that efforts by national and state governments to end prohibition threaten the entire world, along with “the health and welfare of mankind.” In a statement released last month, the UN also declared that governments worldwide have an “obligation” to obey.

“The [UN] drug control conventions aim to promote and protect public health,” claimed UN INCB boss Lochan Naidoo, a South African. “These conventions, drafted by, and almost universally ratified by States, are the bedrock of the drug control framework in that they represent the minimum standards agreed upon by the members of the international community.” The UN outfit he leads, which styles itself a “quasi-judicial body charged with promoting and monitoring Government compliance with the three international drug control conventions,” also rejected the Obama administration-proposed notion of “flexibility” in waging the UN-mandated drug war. “This legal obligation is absolute and leaves no room for interpretation,” Naidoo argued dogmatically.

“Flexibility” in the interpretation of the international drug-control regime “has been a reoccurring theme in the media in the recent months, especially in the United States, due to legal measures in some jurisdictions on the control of cannabis,” the UN outfit complained in a press release. “The Board, however, invited States to consider the consequences that these measures may have in imperiling the broad consensus these treaties represent, in particular with respect to the limitation of use of narcotics drugs and psychotropic substances for medical and scientific purposes, an obligation to which no derogation is permitted.” The UN also claimed that it recognizes that national governments have “a wide degree of discretion in the choice of means to implement their legal obligations,” but they are supposedly not allowed to take “any action” that would “threaten” the alleged object and purpose of the UN prohibition regime.

Meanwhile, aside from attacking self-government, national sovereignty, and the U.S. Constitution, UN drug czars were pushing to further empower themselves in the global war on unapproved drugs and those who use them. In a February 25 press release, UN Office on Drugs and Crime (UNODC) boss Yury Fedotov, a former diplomat for the regime ruling the Soviet Union, said the global body’s alleged role in tackling crime needed to be expanded in the drive to pursue nebulous notions of “sustainable development.” “While much remains to be done for Member States to effectively implement their commitments, these frameworks provide a sound basis for addressing challenges to the rule of law and justice, strengthening institutions and promoting international cooperation in support of sustainable, equitable development,” he said, calling on national governments to adopt even more international agreements globalizing the criminal justice system — including UN-led planetary gun-control schemes.

However, at least one organization, the U.S.-based Law Enforcement Against Prohibition (LEAP), is in Vienna urging the UN to restore national sovereignty when it comes to drug policy. “Drug abuse affects nearly every aspect of culture and society, yet our existing policies to address it have clearly failed,” argued Major Neill Franklin (Ret.), executive director of LEAP, a coalition of criminal justice professionals that opposes prohibition due to what it says is the drug war’s role in fueling gang violence, skyrocketing incarceration rates, and dangerous black markets. “We need to acknowledge that the current prohibition model of drug control has failed and allow countries to find the solutions that work for them.”

Among other efforts, the organization and various allies are urging the UN and its member regimes to amend UN treaties “that serve as fountainhead for the failed global drug prohibition.” If approved, the proposed changes to the UN prohibition regime and the agreements underpinning it would “vest principal authority for drug control in the hands of sovereign nations, cooperatively, rather than mandate national subservience to international prohibition,” the group said in a statement. LEAP also argued that the global prohibition model of the UN has accelerated the “rising trend in the illicit production of, demand for and traffic in narcotic drugs and psychotropic substances” that the planetary drug system was supposedly created to reverse.

Of course, a far simpler solution would be for the U.S. government to withdraw from the UN and defund all of its efforts and agencies. Constitutionally speaking, the 10th Amendment means that whether or not prohibition policies are appropriate is a matter for states and local communities to decide — not the federal government, and certainly not UN drug czars and diplomats. Indeed, the American people, who have a long and successful tradition of self-government, have no need for guidance and mandates from the UN “dictators club” when it comes to policymaking or anything else. With the UN now openly attacking the United States and its federal system of constitutional governance, it has never been more urgent for Congress to get the U.S. government out of the UN and the UN out of the United States.

Alex Newman, a foreign correspondent for The New American, is normally based in Europe. Follow him on Twitter @ALEXNEWMAN_JOU. He can be reached at anewman@thenewamerican.com