America Out Loud
by Wallace Garneau 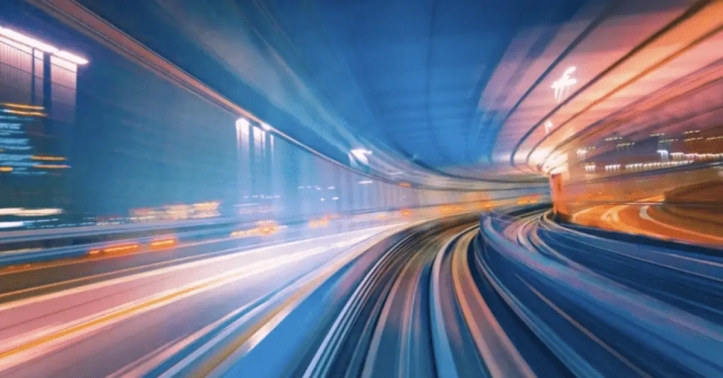 ‘Global Peace’ is the most overrated concept in human history. Consider that the easiest way to create world peace is through a full-scale nuclear war, a few months after which the only life on Earth would be cockroaches and carp – peace then covering the land.

Tenants in apartment buildings sometimes fight, but there has never been a fight between the tenants of a graveyard.

Once we consider that nuclear war is the easiest route to world peace, hopefully, we can all agree that how good a thing world peace is depends at least partially on what ‘world peace’ looks like.

Another way to create world peace would be to have some Stalin-like figure take over the Earth, subjecting the global population to slavery. If everyone on Earth is a slave, other than a small ruling class just large enough to keep a boot heel on all of our collective necks, we would have world peace, and yet our nation was founded by people who felt war was preferable to totalitarianism.

How close are we to totalitarianism? Consider the following five steps to take over the world:

1) Scare the bejesus out of everyone on the planet with Covid-19, created in a lab by the United States and China, and sent into the wild at a particularly advantageous time, politically speaking.

2) Kill a million or so odd Americans, and several million people globally, by denying early treatment options, even when those treatments are known to be effective.

3) Give the World Health Organization the power to control countries – the whole world if necessary – during pandemics, to help control the spread of disease. We are here.

4) Change the definition of ‘pandemic’ to include non-disease global health emergencies.

How about a world government that only performed a small set of tasks, such as those enumerated in Article 1, Section 8 of the US Constitution, with hundreds of states, all constrained by the Bill of Rights, protecting the Natural Rights of all people on Earth. This would allow everyone on Earth to go as far as their time and talent can take them, and when most people think of ‘World Peace,’ I would hope some semblance of this is what comes to mind.

The truth is that most of the people calling for world peace have not really thought through what world peace might mean. Such people imagine a land of pixie dust and fairy tales.

I believe the leadership of the Western World views war as increasingly untenable. The prospect of war going nuclear (and leading to peace between carp and cockroaches) is too terrible to even consider, but there has never been a nation that has ever existed outside the threat of war. Even ancient, tribal man banded together first and foremost for protection against other tribes. It is the threat of war upon which societies form, and it is the threat of war that has held societies together for all of human history.

Do the natural resources to bring everyone on Earth to a US standard of living exist? If they do, can we access them without making the Earth uninhabitable? Economic history would seem to indicate that there are sufficient natural resources and that we can absolutely raise the living standards of the world to where the West is today. Human ingenuity is batting a perfect 1.00 in overcoming shortages without destroying our habitat, and in fact, the cleanest nations on Earth are also the richest.

Note too that the richest nations are also always the freest.

There is a correlation between freedom, wealth, and environmental awareness.

But let us say, hypothetically, that the current leadership of the Western World was convinced that 1) nuclear weapons make war untenable, 2) the resources to bring the world up to the standard of living freedom would afford either do not exist or cannot be extracted without destroying the globe, and 3) any economic system in which the ‘moral and intellectual elite’ are not the ones with the wealth and power is inherently unfair.

Someone who believes those three things would want world peace, but they would not want the masses to be free.

When all of the information we are given access to – all news, all media, all uncensored social networking – is all based on narratives, they are also, almost by definition, a part of the SAME narrative.

Now that we have established that the leadership of the Western World views itself as a ‘moral and intellectual elite’ in a world where war is untenable, and where freedom leads to extinction, and now that we have also established that everything we hear (other than those few voices that have not yet been shut down) are all a part of the same single overarching narrative, we are left with the reason the left is doing what the left is doing. It also starts to make sense why so many business people are falling in line – not only are they facing overwhelming pressure from the leadership of the entire Western World to do so, but they are also facing the prospect of their bloodlines being a part of the ruling elite for the foreseeable future.

The Western Elites are building a new nobility.

Many of the things the left is doing revolve around their obsession with world peace. The Middle East is a hotbed that could easily become the catalyst for the next world war, so of course, we must appease Iran and eradicate Israel. These two things are considered central to stability in the Middle East.

Putin is against the Western desire for a world government, so of course, we must drag him into a war of attrition in Ukraine, using economic sanctions to force the rest of Russia’s leadership not only to remove Putin from power, but to then appease the West such that the West will let Russia rejoin the family of nations.

China has the world’s largest population, so Xi Jinping must be both appeased and constrained. If I had to guess, I would think we are going to give China control over Taiwan, the Philippines, Malaysia, Vietnam, Brunei, and Indonesia. This would give China complete control over the South China Sea. Xi Jinping may even be content with that – anyone who can read a map can tell that these are Xi Jinping’s short and medium-term plans today.

I think the Western Elite envision a world with, at least for the near term, two centers – the Americas, Europe, and Russia (at least the part West of the Ural Mountains) banding into one region, and Asia along with Africa forming the other. Beijing would be the center of the Asian/African region, and the center of the Euro-American part would be either Washington DC or Brussels. If both regions are ruled the same way, then look at what China is doing by blending communism with fascism, and using a social credit scoring system to keep the public controlled, as our future. Once the world is split into these two regions, those two regions can negotiate a merger, and world peace can be achieved.

Freedom and liberty are not on the table, and neither is dissent. Joe Biden may have put his Disinformation Board on hold – but he did not kill the idea entirely. The Ministry of Truth will be making a comeback. Also, note that the government has openly admitted working with Twitter (pre-Musk) and Facebook to censor content, which is a pretty clear indication that the government decided Joe Biden would be President at some point prior to November 2020.

The American People have hopefully turned the corner on Cultural Marxism and are finally starting to see it for what it is, but note that much of what Cultural Marxism wanted to accomplish, it already has, in terms of breaking down the family unit, destroying Judeo/Christian values and morals, and breaking Western Society of its individualistic nature.

The Western Elites are now moving into their end-game, and we must be prepared to pivot as well if we are going to ensure that the elite does not succeed.