Yet another round of spectacular data tampering by NASA and NOAA. cooling the past and warming the present.

Going back further, in 1990, the IPCC showed that earth was much warmer 800 years ago, when CO2 was 280 PPM during the Medieval Warm Period.

In 1975, the National Academy of Sciences showed approximately the same thing.

But twenty years ago, Michael Mann rewrote earth’s history, erasing the Medieval Warm Period, and showing that the planet suddenly started heating out of control when CO2 passed 280 PPM in the late 19th century.

The NASA land temperature graph didn’t look much like a hockey stick at the time, showing only about 0.5C warming since the 1860s. 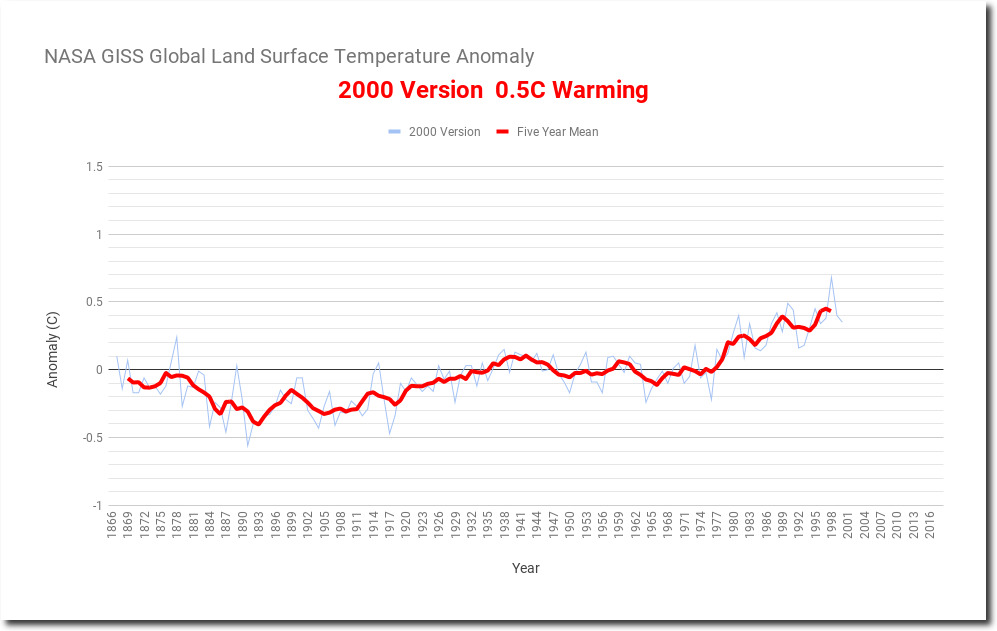 NASA made some progress with their hockey stick by 2017, tripling warming to 1.5C. 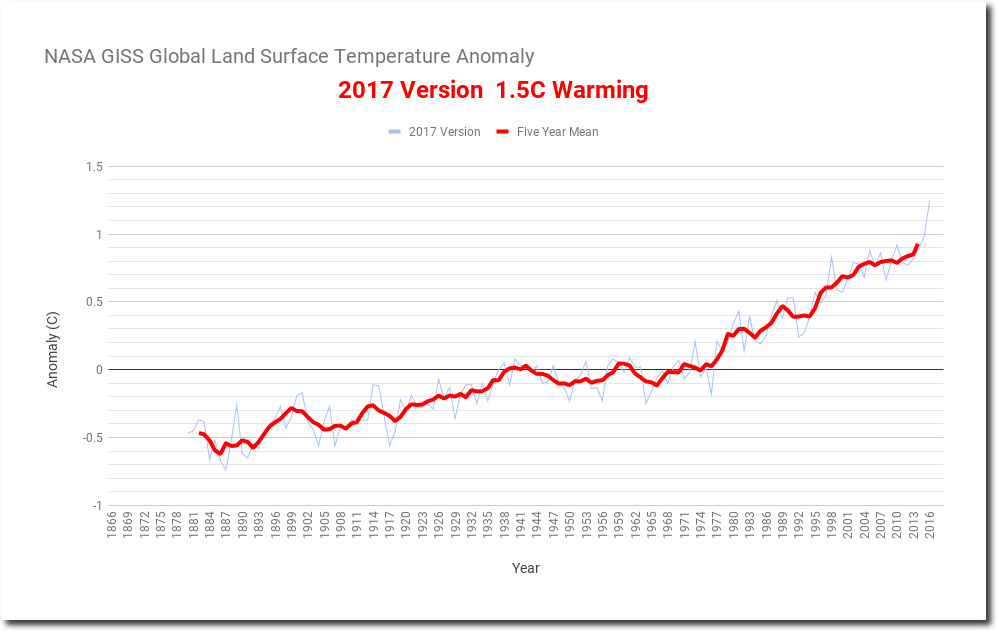 Most of this was accomplished by erasing warm temperatures prior to 1880, cooling the past, and warming the present.

NASA has since enhanced their hockey stick even further, showing two degrees warming. 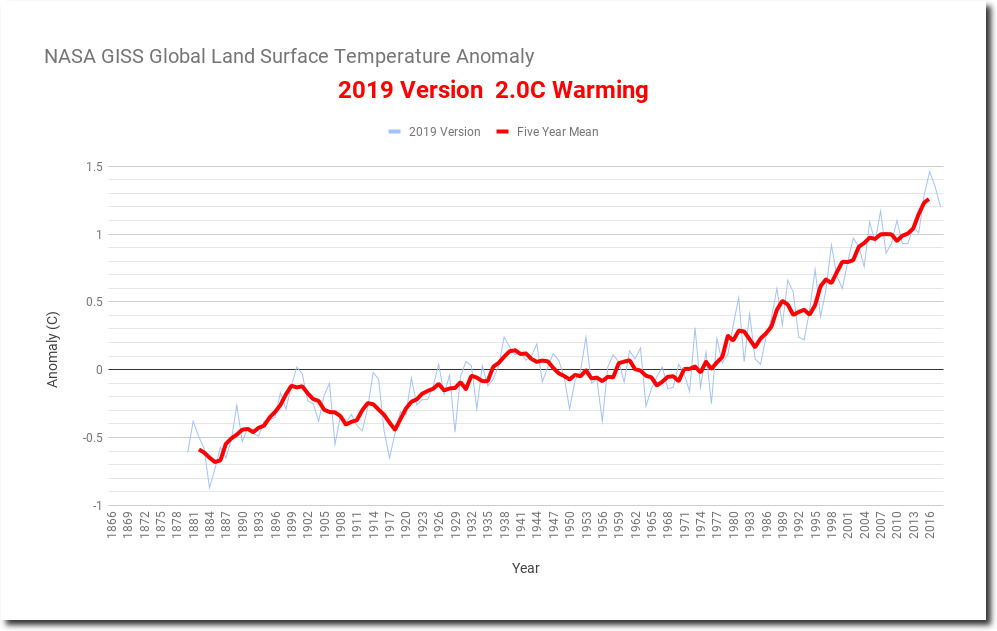 Again, this was accomplished largely by cooling the past and warming recent years.

This graph shows the changes made to the last 30 years temperatures, since 2017. 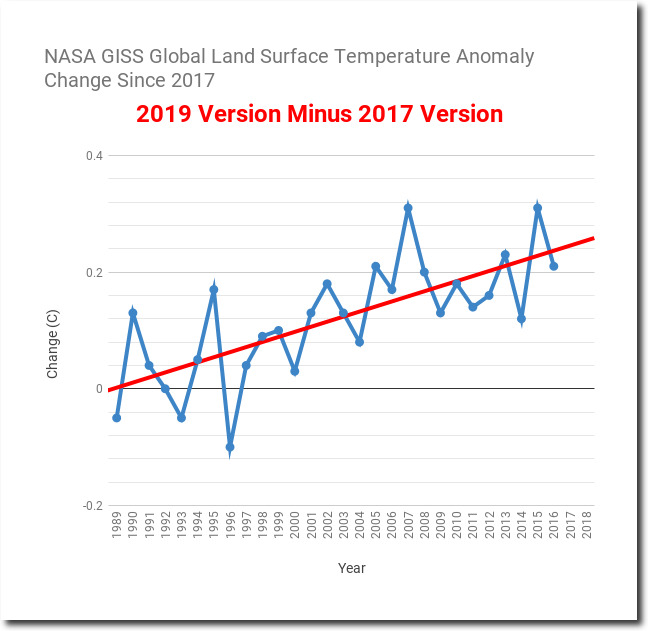 The next graph overlays all three versions, and how they quadrupled warming primarily by cooling the past and warming the present.

This data tampering was necessary for propaganda purposes, and serves as the basis for the ongoing attempt to destroy our existing energy infrastructure. Experts say that all warming over the past 140 years is due to humans, which is largely true because the vast majority of it is due to data tampering by humans. 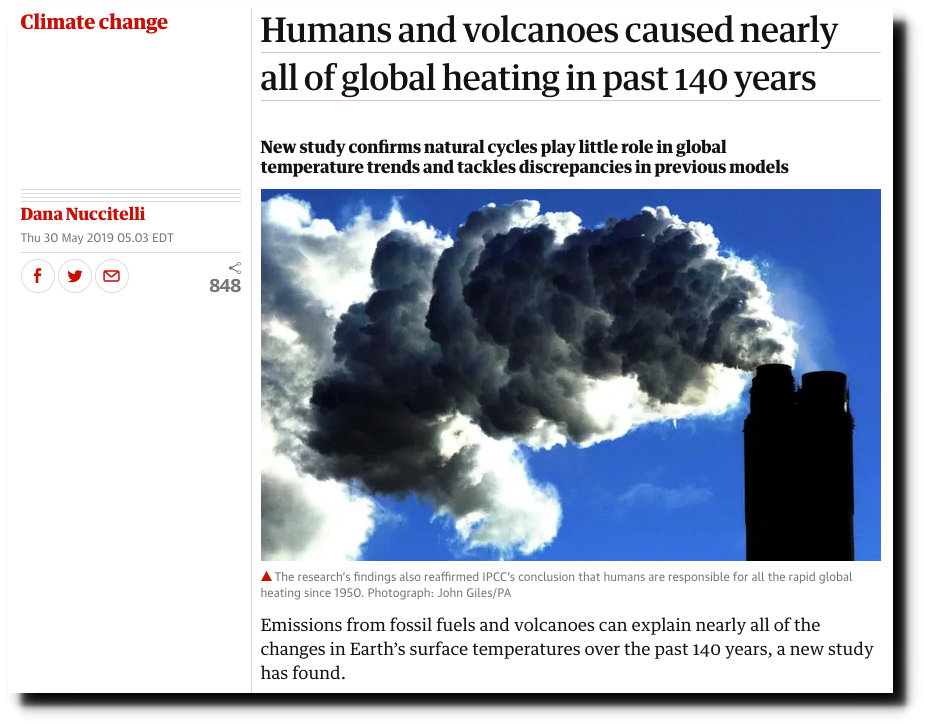 According to climate experts, the tipping point occurred at 280 PPM, which means that in order to stop warming we would have to return to 279 PPM – in other words a return to feudal society. 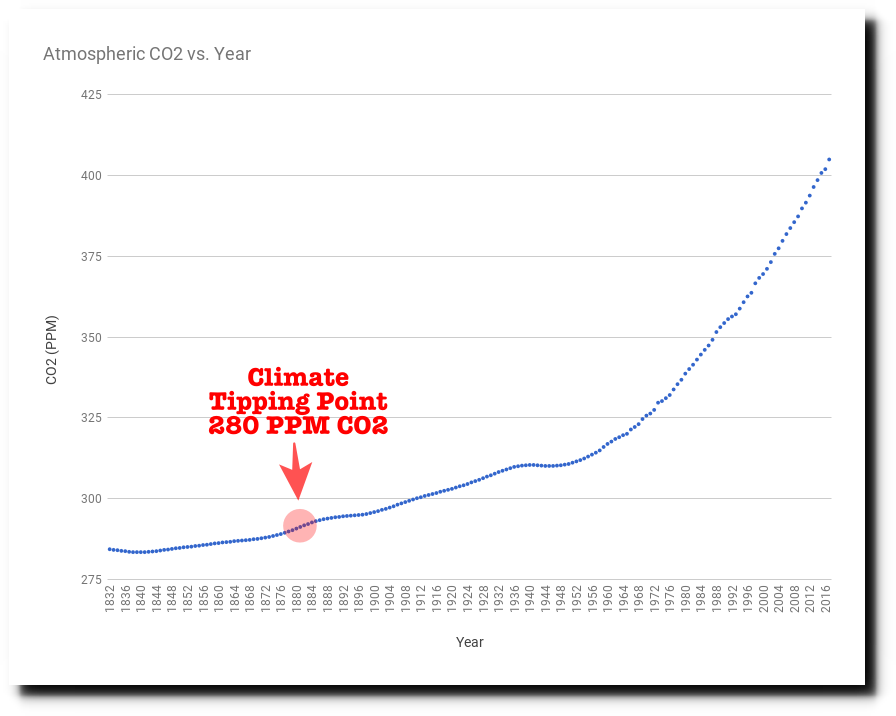 The progressive vision for the future: