Top CFR Globalist Warns UN Will Get “Hammered” by Trump 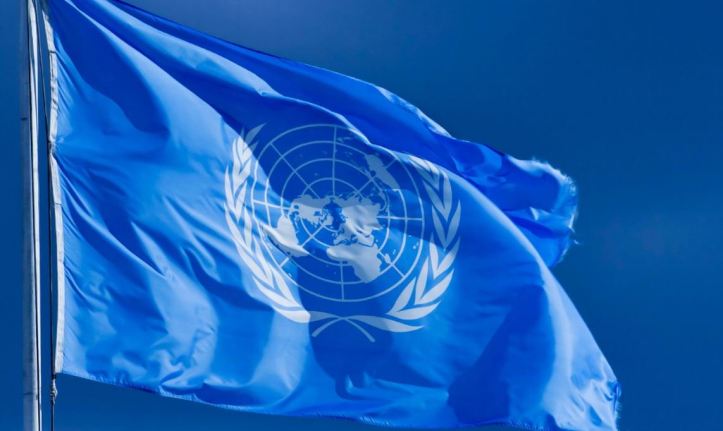 Amid escalating outrage surrounding the scandal-plagued United Nations, globalists seem to be in a panic about the fate of their beloved international organization under the incoming administration. Indeed, a high-ranking globalist with the global government-promoting Council on Foreign Relations (CFR), a chief promoter of the UN “dictators club” for generations, whined last week that the widely ridiculed global body was going to be “hammered” by President-elect Donald Trump and the GOP-controlled Congress.

However, being “hammered” may be just the start of problems for globalists and their precious UN. Following a UN Security Council vote late last year declaring certain Jewish settlements to be illegal, establishment politicians and liberty-minded lawmakers in Congress have already joined forces in a bid to defund the controversial international organization. Meanwhile, the movement for a complete U.S. withdrawal from the UN has gone mainstream and is picking up momentum like never before. And Trump campaigned on a platform of rejecting globalism in favor of Americanism.

All of the developments have senior globalists and establishment types in a tizzy. “Among the many foreign policy uncertainties created by Donald Trump’s election, there is one prediction we can take to the bank: The United Nations is going to get hammered,” complained Stewart Patrick, the CFR’s “director of International Institutions and Global Governance,” in a column last week headlined Future US Relationship With UN in Doubt. “An unapologetic nationalist is bound for the White House, Republicans are in control of both houses of Congress — and the world body is in their crosshairs.”

Like the CFR as a whole, Patrick is an unapologetic advocate of “global governance” and further empowering the infamous dictators club to make policy for humanity. Indeed, Patrick is so extreme in his globalist fanaticism that he managed to exploit even the rape of children by UN “peacekeeping” troops as an argument for handing the UN vast new powers. Seriously. Essentially, he argued that to stop UN troops from raping children all over the world, the UN should establish its own planetary judicial system with the power to prosecute even U.S. troops.

Now, ahead of the Trump presidency, the CFR globalist and his cohorts appear to be concerned that the UN is heading for tough times at best — and possibly the dustbin of history. In his latest screed, published by CNN, an establishment propaganda organ often ridiculed as the “Clinton News Network” or even the “Communist News Network,” Patrick absurdly tried to paint the dictator-dominated, anti-freedom UN as a “vehicle” to “advance” the “agenda” of “the United States,” by which he means the globalist agenda of the CFR.

Patrick’s fears no doubt reflect those of the globalist CFR he serves. To understand the CFR mindset, consider the comments of former U.S. Navy Judge Advocate General Adm. Chester Ward, who joined the CFR but defected once he realized the subversive nature of its agenda. The CFR’s goal, Admiral Ward explained, is the “submergence of U.S. sovereignty and national independence into an all-powerful one-world government.” That world government would be the UN, at least if globalists get their way.

And it is not just a few bad apples. “This lust to surrender the sovereignty and independence of the United States is pervasive throughout most of the membership,” Ward continued in his blistering comments exposing the organization he was involved with for some two decades. “In the entire CFR lexicon, there is no term of revulsion carrying a meaning so deep as ´America First´.” America First, of course, was one of Trump’s key campaign slogans.

So, unsurprisingly, the CFR, which then-Secretary of State Hillary Clinton admitted told her what to do and how to think, is deeply concerned about the president-elect. Taking aim at Trump’s comments about the UN, Patrick claimed that the relationship between the U.S. government and the UN is “fraught in the best of times.” “Conservative critics, both in and outside government, regularly scapegoat the UN for the failures of its member states,” he claimed, offering up a straw man to knock down rather than addressing the actual criticism of the UN offered by non-establishment conservatives. “And because it lacks a domestic constituency, it is an irresistible target for nationalist demagogues.”

Patrick then praised Obama’s globalism before viciously attacking Trump and his supporters. “After eight years of the most multilaterally-inclined [sic] U.S. administration in history, the United Nations is in for a shock,” Patrick continued. “Donald Trump is the new sheriff in town. Where President Obama proclaimed himself a citizen of the world, Trump is channeling a populist base deeply skeptical of international organizations, where paranoid fantasies about UN black helicopters as a threat to American sovereignty run deep.”

Almost incredibly, Patrick also revealed his true colors by showering praises on new UN boss Antonio Guterres, a radical Socialist Party operative and globalist extremist who once led the totalitarian-minded Socialist International alliance. Despite noting that the Portuguese would-be totalitarian is backed by the regimes in Moscow and Beijing, Patrick calls Guterres “an accomplished and dynamic leader.”

In reality, the new UN chief has a long career as a politician and bureaucrat notable primarily for his unswerving loyalty to socialism, globalism, and worldwide tyranny. The global alliance of socialist and communist political parties he led — which includes members with a history of mass murder and savage tyranny — openly advocates a world socialist government. Most recently, the new UN boss joined other UN leaders and signed the “condolences book” for mass-murdering communist dictator Fidel Castro, according to the Cuban regime’s propaganda service.

But according to Patrick, even the tyranny-loving socialist bureaucrat and politician will be “hard pressed to ward off U.S. assaults” on the dictators club he leads as of this week. “As a candidate, Trump embraced a slew of unilateralist, nationalist and often immoral positions that put him on a collision course with the United Nations,” the CFR globalist complained, citing Trump’s vow to “cancel” the UN’s illegal global-warming regime, rip up Obama’s CFR-backed Iran deal, deny admission and tax funding to UN-selected “refugees” being weaponized by the UN to undermine liberty and the nation-state, and more.

Patrick and his CFR paymasters are also worried that certain U.S. lawmakers might end the unconstitutional process of forcing Americans to hand over their wealth to the UN automatically, rather than on a voluntary basis. “This would be disastrous for the UN, as other UN member states would inevitably follow suit,” the CFR “global governance” boss complained in his CNN piece, whining that such a policy has “long been a daydream of UN critics.” Americans pay more for the UN than 185 other member governments and dictators combined, despite the constant attacks on the constitutionally protected liberties and the self-government of Americans.

Then, Patrick offers his unsolicited advice both to the UN boss and to the incoming Trump administration, which the CFR Patrick serves did everything to smear, demonize, and stop throughout the election. Basically, Patrick and his CFR cohorts want the Socialist Guterres to try to dupe Trump into believing that the dictators club can be used by the Trump administration to “get things done.” Citing the George W. Bush administration, Patrick claims that “this message could resonate with Donald Trump.” Perhaps it could, if Trump had no clue about the UN, its history, and its anti-liberty extremism.

Of course, in the real world, the UN’s top bureaucrats seem to have already revealed their hand back when they were sure that CFR-backed globalist Hillary Clinton would win the election. Consider, for example, the absurd comments by UN “human rights” boss Zeid Hussein, a radical “prince” with an Islamic dictatorship, who equated Trump and other Western anti-establishment political candidates with the Islamic State (ISIS) terror group. Ironically, the UN “Human Rights Council” he leads is officially dominated by unfree regimes, including mass-murdering communist and Islamic dictatorships, some of which actually behead “apostates,” ISIS-style.

Apparently the disdain is mutual, however. On the campaign trail, Trump repeatedly blasted globalism and the UN in particular. “The United Nations is not a friend of democracy, it’s not a friend to freedom, it’s not a friend even to the United States of America, where as all know, it has its home,” the real-estate mogul told the American Israel Public Affairs Committee (AIPAC) while on the campaign trail. Earlier in the campaign, Trump also ridiculed the UN as a “political game,” calling for “smaller numbers,” presumably a reference to downsizing the globalist organization. That was before Hussein called Trump a “danger” to the world and equated the president-elect with ISIS, however.

Obama, by contrast, whose agenda was massively rejected by voters in the 2016 election, was fully onboard with the UN and the globalist agenda. In his final speech before the dictator-dominated UN General Assembly, Obama even openly advocated the surrender of national sovereignty and self-government to the UN. “We can only realize the promise of this institution’s founding,” Obama declared, “if powerful nations like my own accept constraints.” He added: “I am convinced that in the long run, giving up some freedom of action [self-government] … and binding ourselves to international rules over the long term enhances our security.”

How far Trump will go in reining in or even abolishing the UN remains to be seen. But with Congress already working on a plan to defund the dictators club after the anti-Israel vote, and prominent critics calling for an outright U.S. withdrawal, an American exit from the UN, or an Amexit, is within reach. Americans now have their best opportunity in generations to get the U.S. government out of the UN and the UN out of the United States. Legislation to do that, the American Sovereignty Restoration Act, is expected to be re-introduced in the 115th Congress in the not-too-distant future. The American people should seize this historic opportunity.

Alex Newman, a foreign correspondent for The New American, is normally based in Europe. Follow him on Twitter @ALEXNEWMAN_JOU. He can be reached at anewman@thenewamerican.com.