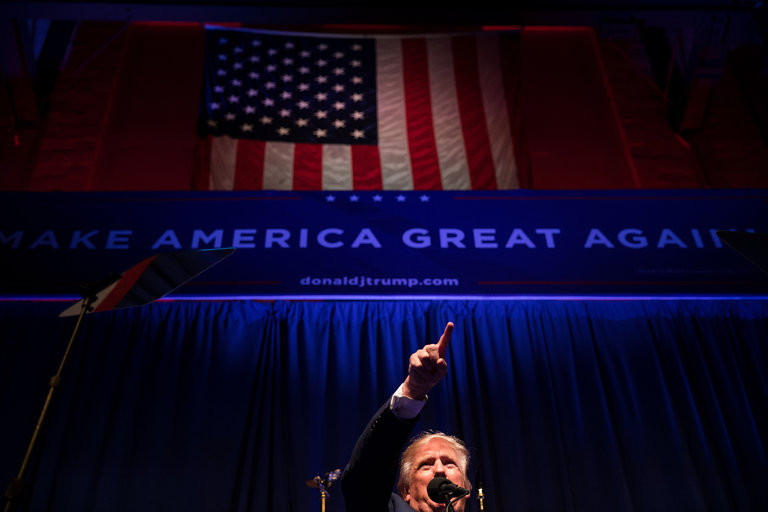 Donald J. Trump in Scranton, Pa., this week. His win foreshadowed an America more focused on its own affairs while leaving the world to take care of itself. Credit: Damon Winter/The New York Times

Donald J. Trump’s stunning election victory on Tuesday night rippled way beyond the nation’s boundaries, upending an international order that prevailed for decades and raising profound questions about America’s place in the world.

For the first time since before World War II, Americans chose a president who promised to reverse the internationalism practiced by predecessors of both parties and to build walls both physical and metaphorical. Mr. Trump’s win foreshadowed an America more focused on its own affairs while leaving the world to take care of itself.

The outsider revolution that propelled him to power over the Washington establishment of both political parties also reflected a fundamental shift in international politics evidenced already this year by events like Britain’s referendum vote to leave the European Union. Mr. Trump’s success could fuel the populist, nativist, nationalist, closed-border movements already so evident in Europe and spreading to other parts of the world.

Global markets fell after Tuesday’s election and many around the world scrambled to figure out what it might mean in parochial terms. For Mexico, it seemed to presage a new era of confrontation with its northern neighbor. For Europe and Asia, it could rewrite the rules of modern alliances, trade deals, and foreign aid. For the Middle East, it foreshadowed a possible alignment with Russia and fresh conflict with Iran.

“All bets are off,” said Agustín Barrios Gómez, a former congressman in Mexico and president of the Mexico Image Foundation, an organization dedicated to promoting its reputation abroad.

Crispin Blunt, chairman of the foreign affairs committee in Britain’s House of Commons, said, “We are plunged into uncertainty and the unknown.”