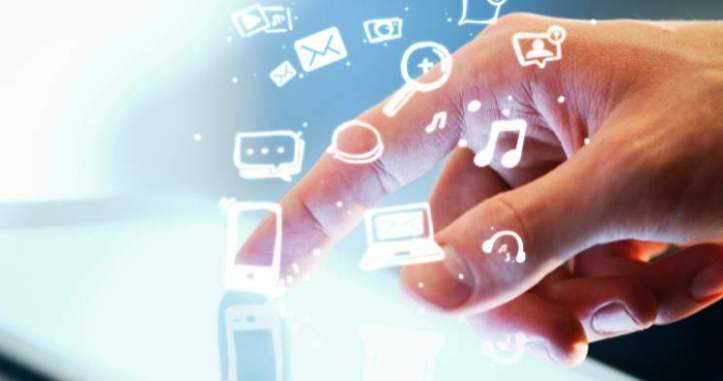 Stories from across the country have revealed that several local law enforcement agencies — in Seattle, Chicago, Philadelphia, and Oakland among others — and corporations — the Mall of America and McDonald’s — have purchased surveillance software from a company called Geofeedia. The program will inform police of the physical location from which you made your last social media post. It will provide the content of your posts, too.

Twitter, Instagram, and Facebook are all included in the surveillance sweep, and all the updates posted to any one of these popular services will be uploaded to one single database available all day, every day, to police.

As reported by The Intercept

Geofeedia specializes in collecting geotagged social media messages, from platforms such as Twitter and Instagram, to monitor breaking news events in real time. The company, which counts dozens of local law enforcement agencies as clients, markets its ability to track activist protests on behalf of both corporate interests and police departments.

It is hard to imagine anything more offensive to the Constitution and its protection against unwarranted searches and seizures.

This violation on the part of local law enforcement using Geofeedia’s surveillance software is all made possible by millions of dollars invested in this company and others by In-Q-Tel, the venture capital firm controlled by the CIA.

In-Q-Tel is active in the advancement of the surveillance net being spread all over the United States by federal, state, and local government.

How substantial is the CIA’s involvement? The Intercept article reports:

The latest round of In-Q-Tel investments comes as the CIA has revamped its outreach to Silicon Valley, establishing a new wing, the Directorate of Digital Innovation, which is tasked with developing and deploying cutting-edge solutions by directly engaging the private sector. The directorate is working closely with In-Q-Tel to integrate the latest technology into agency-wide intelligence capabilities.

Over the last decade, In-Q-Tel has made a number of public investments in companies that specialize in scanning large sets of online data. In 2009, the fund partnered with Visible Technologies, which specializes in reputation management over the internet by identifying the influence of “positive” and “negative” authors on a range of platforms for a given subject. And six years ago, In-Q-Tel formed partnerships with NetBase, another social media analysis firm that touts its ability to scan “billions of sources in public and private online information,” and Recorded Future, a firm that monitors the web to predict events in the future.

That’s not even the tip of the iceberg, however, as In-Q-Tel is the money behind the police’s program of locating Americans storing guns and ammunition, as well.

In-Q-Tel provides the following history of its creation on its website:

In 1998, CIA identified technology as a top strategic priority, and set out a radical plan to create a new venture that would help increase the Agency’s access to private sector innovation. In-Q-Tel was chartered in February 1999 by a group of private citizens at the request of the Director of Central Intelligence and with the support of the U.S. Congress.

IQT was tasked with building a bridge between the Agency and a new set of technology innovators.

Mission accomplished. The bridge builders at In-Q-Tel have managed to find a company [Genia Photonics] so innovative that it can secretly bypass the Fourth Amendment from more than 50 yards away.

Naturally, the government wants to get this device installed in airports and border crossings as soon as possible. Genia Photonics’ website claims that their product will allow agents to detect “drug mixtures, chemical and biological warfare (CBW), explosives and toxic spills…” before they become a threat to the homeland or to the agents themselves.

The beam used in this scanner is ten million times faster and one million times more sensitive than those currently in use. Imagine the possibilities of a tool so fast and so sensitive: no longer will the TSA be resigned to plucking one or two or even a dozen people out of a security line in the airport. Now, with the Genia Photonics laser, they can scan every single passenger and know so much more than just what he’s carrying. And again, the passengers will never be the wiser. They will never know that their very body chemistry is being monitored and recorded by agents working on behalf of the U.S. government.

Of course, DHS and TSA will not be satisfied with merely being able to quickly detect explosives, chemical, and biological weapons and now they won’t have to be. Reading straight from the promotional material produced by Genia Photonics, the new scanning method (called terahertz spectroscopy) can “penetrate through many dielectric materials, such as clothing, paper, plastics, leather, wood and ceramics.”

Does one often carry wood and ceramics on board an airplane? No, but one certainly finds such objects in a home. Fortunately, for Homeland Security, their new little scanner is very portable and won’t be confined to use in airports or border patrol stations.

Take this bit of boasting from In-Q-Tel as evidence of the ultimate unconstitutional use of the device:

An important benefit of Genia Photonics’ implementation as compared to existing solutions is that the entire synchronized laser system is comprised in a single, robust and alignment-free unit that may be easily transported for use in many environments…. This compact and robust laser has the ability to rapidly sweep wavelengths in any pattern and sequence.

Everyone everywhere will now be a potential target for this portable, powerful laser beam. From 164 feet the government can fire a laser beam that can penetrate wood (houses?) and detect important biological data about whatever (whoever) is inside.

Now, four years later, cities have installed Geofeedia that will instantly inform police of citizens’ virtual posts and physical locations. This monitoring is constantly at the fingertips of law enforcement — once the agency committed to protecting and serving, and now committed to prying and surveilling.

The fact that this technologically advanced surveillance service is funded — albeit indirectly — by the CIA paints a bleak picture indeed of the status of individual liberty in the United States of America and of the concern paid by any government on any level about the rights once protected by the Fourth Amendment to the Constitution.

Today, from the federal government to city police, all Americans are constantly within the view of the never-blinking eye of the manifold surveillance systems.

Upon a request for comment, Carrie Sessine, the vice president for external affairs at In-Q-Tel, told The Intercept that her company “does not participate in media interviews or opportunities.”