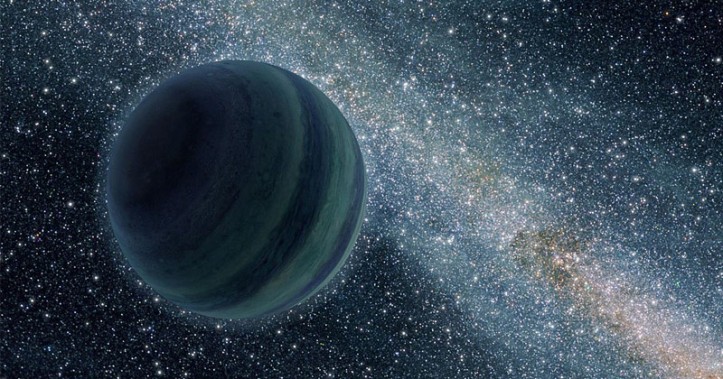 Scientists fear a planet they believe orbits the outer fringes of the solar system could potentially kill all life on Earth.

Caltech researchers Konstantin Batygin and Mike Brown discovered evidence for the planet back in January, which they believe is similar in size to Uranus and orbits the sun around 20 times farther than Neptune, and it’s also been suggested that such a planet could potentially fling “comet storms” toward Earth.

Daniel Whitmire, a researcher with the University of Arkansas, once said the “persistent evidence of a Jovian mass companion in the Oort cloud” where comets originate may explain mass extinctions on Earth.

“The dislodged comets not only smash into the Earth, they also disintegrate in the inner solar system as they get nearer to the sun, reducing the amount of sunlight that reaches the Earth,” the U of A said about Whitmire’s theory.

The only major difference between Whitmire’s theory and the theory proposed by Caltech’s researchers is the length of Planet X’s orbit: Whitmire suggested an orbit of 27 million years whereas Batygin and Brown believe the planet orbits every 10,000 to 20,000 years.

But that discrepancy doesn’t necessarily rule out the influence Planet X could have on comets – and it’s potential threat to Earth.

The idea of a distant, massive planet bringing doom to humanity was first proposed by numerous ancient civilizations, particularly the Sumerians who said that Planet X dwarfs Earth and bombards the solar system with comets every several thousand years.

More recently, in 1984, astrophysicists suggested a red dwarf orbits the sun every few million years and “periodically causes immense comet showers, plunging Earth into cold and darkness that kills up to 70% of all life.”

“The scientists believe the sun’s companion is a small, dark star known as a red dwarf with a mass probably only one-tenth of the sun’s and an elliptical orbit carrying it into the Oort cloud,” the AP reported. “Within the cloud, more than 100 billion comets are flying in remote orbits, scientists say.”

“As it passed through, the dwarf star’s gravity disrupts the orbits of about a billion comets so they shower down toward the inner solar system.”