The New American
by Warren Mass 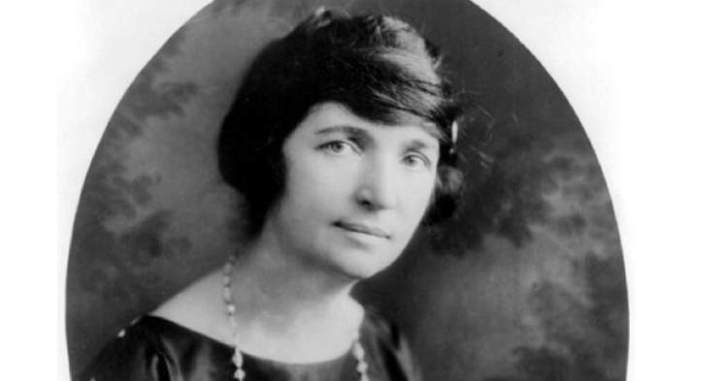 On August 7, leaders of Ministers Taking a Stand, a group of Black Christian pastors headed by Bishop E.W. Jackson, founder of Exodus Faith Ministries in Chesapeake, Virginia, sent a letter to Kim Sajet, director of the National Portrait Gallery at the Smithsonian Institution in Washington, asking that a bust of Planned Parenthood founder Margaret Sanger be removed from all National Portrait Gallery exhibits.

Ministers Taking a Stand is part of STAND (Staying True to America’s National Destiny), a national grassroots organization dedicated to restoring America’s Judeo-Christian history, faith, and values and preserving its Christian culture. In their letter to Sajet, Jackson and nine other ministers provided the gallery director with some historical background about Sanger (shown) that she (like most Americans) was probably not aware of:

Perhaps the Gallery is unaware that Ms. Sanger supported black eugenics, a racist attitude toward black and other minority babies; an elitist attitude toward those she regarded as “the feeble minded;” speaking at rallies of Ku Klux Klan women; and communications with Hitler sympathizers. Also, the notorious “Negro Project” which sought to limit, if not eliminate, black births, was her brainchild. Despite these well-documented facts of history, her bust sits proudly in your gallery as a hero of justice. The obvious incongruity is staggering!

The letter referenced the recent controversy created when the Center for Medical Progress released a video documenting Planned Parenthood’s selling of aborted babies’ body parts, a revelation that fueled the Senate’s failed attempt to eliminate federal funding for the nation’s largest abortion provider. It noted that far from being an aberration, such activities were consistent with Sanger’s vision:

However, the recent revelations about aborted babies’ organs and body parts being sold, have not only brought Planned Parenthood under intense scrutiny, but also raised questions about its founder, Margaret Sanger. If the revelations were not consistent with her character and ideas, one might argue that Planned Parenthood has “gone rogue” and abandoned Sanger. The fact is that the behavior of these abortionists, their callous and cavalier attitude toward these babies, is completely in keeping with Sanger’s perverse vision for America.

In 1939, Sanger initiated what she called “The Negro Project” — a collaborative effort between her Birth Control Clinical Research Bureau and the American Birth Control League — which persuaded a few highly influential black ministers to join in her birth control movement. Though abortion was illegal at the time, Sanger’s goal was to reduce the birthrate among poor black Americans, whom she regarded as a burden on society.

The letter from the STAND pastors to Sajet quoted from a letter Sanger wrote to a Dr. C. J. Gamble of Milton, Massachusetts, on December 10, 1939 about implementation of the Negro Project: “We do not want word to go out that we want to exterminate the Negro population, and the minister is the man who can straighten out that idea if it ever occurs to any of their more rebellious members.”

The ministers’ letter noted that Sanger “was a racist, elitist, and her beliefs led to massive destruction of unborn human life. She was no hero.”

An article in American Thinker on August 11 noted that this exposure of Sanger may become a political liability for Hillary Clinton, who has openly expressed admiration for the Planned Parenthood founder. When then-Secretary of State Clinton accepted the Margaret Sanger Award at the 2009 Planned Parenthood Honors Gala in Houston, Texas, she told the gathered crowd:

I admire Margaret Sanger enormously, her courage, her tenacity, her vision. Another of my great friends, Ellen Chesler, is here, who wrote a magnificent biography of Margaret Sanger called Woman of Valor. And when I think about what she did all those years ago in Brooklyn, taking on archetypes, taking on attitudes and accusations flowing from all directions, I am really in awe of her.

The American Thinker article noted that Clinton’s expressed admiration for Sanger, whose racist views have been well documented, may be problematic for a national Democratic candidate for whom garnering a large share of the black vote is essential, Clinton is nevertheless reluctant to alienate Planned Parenthood, whose support she also values. Planned Parenthood’s PACs spent $6,058,338 for or against candidates during the 2013-2014 election cycle, with $2,610,498 having been spent to support Democrats and $3,434,450 spent to oppose Republicans. They spent just $13,390 in support of Republican candidates.

Since abortion did not become legal in most states until the late 1960s and early 1970s (with legality being forced across the land by Roe v. Wade in 1973) Planned Parenthood was not legally engaged in killing unborn babies until then. (Sanger died in 1966, just months before Colorado became the first state to legalize abortion under certain circumstances.) However, when it did so, its goal of reducing the black population set by Sanger continued and became part of its “target marketing” for that deadly practice, as well.

“Minority communities are the number one targets of Planned Parenthood,” said the Reverend Arnold Culbreath, director of Protecting Black Life, an organization committed to exposing Planned Parenthood’s genocide against the black community. “It’s no wonder abortion remains the leading cause of death among African-Americans, higher than all other causes combined. Getting this information to as many people as possible is not only critical, it’s a matter of life and death for countless babies and oft times even their mothers.”

“Every time I speak I bring up Margaret Sanger. The white audiences, they get it. And many of them have known for years and cried out in protest to the genocide that’s going on,” Culbreath told the Baptist Press in an interview on July 18, 2014. “It’s so sad that when folks get offended about hearing the truth about Margaret Sanger and Planned Parenthood, I rarely if ever get offense from the white audiences; it’s the black audiences, the very ones that she and Planned Parenthood are working to obliterate. And I find that very sad and quite ironic.”

Just as Sanger targeted black pastors to encourage the use of artificial birth control within the black community, Culbreath said, African American pastors can be the catalyst to ending the practice. He continued: