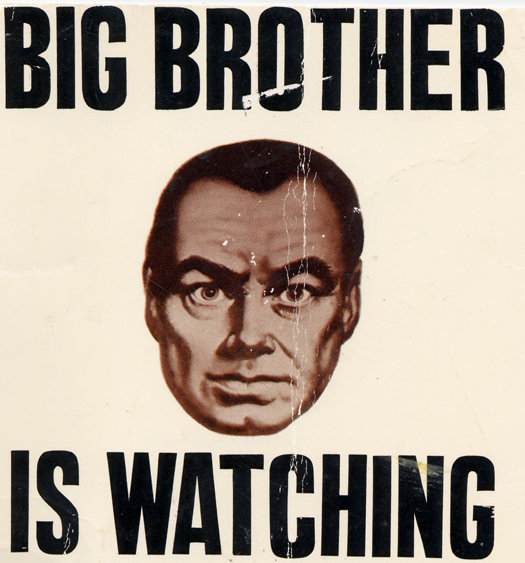 Every book you read on your Kindle (or Kindle app) and every word you highlight in those ebooks is recorded by Amazon and may be shared by the bookselling behemoth with the federal government.

The Guardian (U.K.) explains how the agents of the surveillance state are surreptitiously storing all the annotations readers make in electronic copies of books:

Just take a look at the Kindle terms of use. As you wrestle with the rantings of Austria’s most lethal watercolourist [Adolf Hitler], your device is providing Amazon with “information related to the Digital Content on your Kindle and Supported Devices and your use of it … such as last page read and content archiving”. It’s also reporting back on information “including annotations, bookmarks, notes, highlights, or similar markings”, and may be storing those reports on “servers that are located outside the country in which you live” — say hello, China — all so they can “personalise and continually improve your shopping experience,” or to “send offers to selected groups of Amazon.co.uk customers on behalf of other businesses”, or to, erm, “comply with the law; enforce or apply our Conditions of Use and other agreements; or protect the rights, property or safety of Amazon.co.uk, our users or others” — oh, hello NSA.

It’s not just about Jeff Bezos, of course. Whether you’re exploring fascism on your iPad or your Android phone, Big Brother is watching. These kind of concerns tend to raise little more than a shrug around these parts, but you might want to think twice before downloading your electronic copy of Mao’s Little Red Book of Guerilla Warfare.

While the Guardian is right to warn readers that the NSA and other watchers employed in the federal government’s Panopticon that their reading lists and highlights are being monitored, it is likely that the wardens in Washington are less concerned with people who read Mein Kampf on the sly or mull over Mao between classes. No, the government is much warier of those who would download and digest the words of those whose writings would elicit doubts about the magnanimity of the central planners and their purported concern for the safety of Americans.

The feds would be much more interested in investigating the reading and writing habits of those who studied books that exposed the corruption and conspiracy that created the Federal Reserve and how that organization has manipulated the U.S. monetary system for over a hundred years.

It is just as certain that the surveillance apparatus would be more motivated to monitor the marks made by those reading books about nullification and secession on their Kindle than those reading the milquetoast neocon attacks on ISIS or other perceived foreign threats to American liberty.

The Guardian article focuses on the potential passing of reading habits and highlights to the federal government by the purveyors of electronic books. As it rightly points out, quoting author Chris Faraone:

People might not have wanted to buy Mein Kampf at Borders or have it delivered to their home or displayed on their living room bookshelf, let alone get spotted reading it on a subway, but judging by hundreds of customer comments online, readers like that digital copies can be quietly perused then dropped into a folder or deleted.

That isn’t to say that the agents of the surveillance state are solely interested in the electronic library of Americans, however.

Brick and mortar libraries and the identify of book borrowers are under the eye of the NSA, as well. An article published by CrimeLibrary.com in 2014 reports the resistance of librarians to the seizure of library records by the government:

Kirsten Clark, a regional depository librarian at the University of Minnesota and Intellectual Committee Chair of the Minnesota Library Association, warns that mass-data collection (of library records or cell phone data, for example) obscures the violation of privacy, and is thus all the more dangerous: Individuals don’t know what information has been collected or how it’s being used.

Library information can be more personal than the metadata-collection that’s making news. What exactly the NSA may have asked of any librarian is a matter of conjecture: Any such requests are sealed. But typical library records such as what a user does on library computers, or what books a patron borrows, are presumably of interest to the NSA in cases when those individual records or larger patterns surrounding them may suggest potential terrorist activity.

What’s of interest to the NSA, of course, is anything and everything that could potentially be used to keep citizens in line and fearful of the repercussions from opposing federal tyranny.

If we are a republic of laws, though, then the supreme constitutional law of the land must be adhered to. The standard is the Constitution — for every issue, on every occasion, with no exceptions. Anything less than that is a step toward tyranny.

Taken together, the roster of snooping programs in use by the federal government places every American under the threat of constant surveillance. The courts, Congress, and the president have formed an unholy alliance bent on obliterating the Constitution and establishing a country where every citizen is a suspect and is perpetually under the never-blinking eye of the government.

The establishment will likely continue construction of the surveillance until the entire country is being watched around the clock and every monitored activity is recorded and made retrievable by agents who will have a dossier on every American.

The fight can yet be won, though. Americans can attack the sprawling surveillance state on several fronts. First, we must elect men and women to federal office who will honor their oaths of office to preserve, protect, and defend the Constitution. Then, once in office, each of them must be held immediately accountable for each and every violation of that oath.

Next, we must fill our state legislatures with men and women who will refuse to enforce any act of the federal government that exceeds the boundaries of its constitutionally granted powers. These lawmakers must use the stick of nullification to force the federal beast back inside its constitutional cage and never accept even a degree of deviation from the blueprint drawn in Philadelphia in 1787.

Joe A. Wolverton, II, J.D. is a correspondent for The New American. Follow him on Twitter @TNAJoeWolverton.