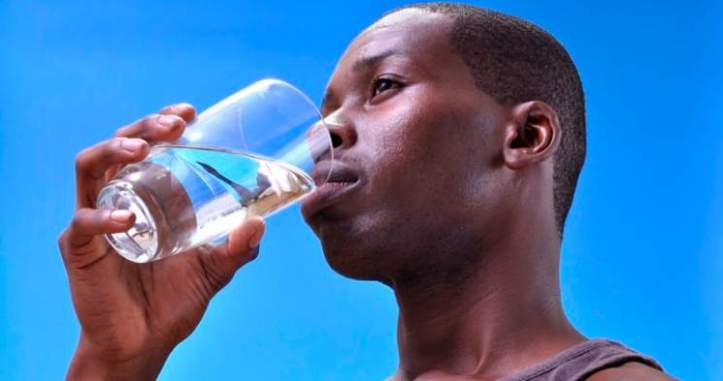 The federal government has known for five decades that blacks were even more susceptible than whites to serious damage from fluoride added to water supplies, but it urged local governments to fluoridate the population anyway, according to newly released documents. In addition to knowingly inflicting major dental problems known as “fluorosis” on whites and especially blacks through the controversial forced mass-medication scheme, federal health officials never even bothered to inform blacks about the risks. Despite the mounting scientific evidence of harm and the ethical concerns surrounding the involuntary medical treatment, authorities across the United States continue fluoridating public water supplies.

The recently uncovered documents, obtained using Freedom of Information (FOIA) Act requests by the anti-fluoridation group Fluoride Action Network (FAN), reveal that the U.S. Public Health Service fully understood the consequences of its actions. The tale begins in Grand Rapids, Michigan, in 1945, when authorities there began a massive involuntary medical experiment by adding the controversial chemical to the water supply. The theory was that fluoride, now labeled a “neurotoxin” by perhaps the world’s most prestigious medical journal and myriad experts, might reduce cavities.

The results of the experiment, which for the first time focused on the chemical’s effects on the black community, revealed that blacks were far more susceptible to dental fluorosis than whites. Indeed, an internal 1962 memorandum from Public Health Service official F.J. Maier, “sanitary engineer director” with the “Division of Dental Public Health and Resources,” stated that “negroes in Grand Rapids had twice as much fluorosis than others.” The condition, which is caused by fluoride consumption, produces a wide range of problems. In moderate to severe cases, it damages tooth enamel to such an extent that teeth can literally fall apart.

In the memo, Maier expressed concerns over “opponents” of forcible fluoridation using the data to fight back against the mass-medication plot then under way across much of the nation. He also asked whether the explosive findings about fluoride’s effects on blacks would change the “optimum fluoride levels” for communities “with a larger number of negroes” such as DeKalb County in Georgia. Despite being aware of the damage, no changes were made, and officials never took steps to educate black Americans about their increased risks of dental fluorosis, FAN said in a statement.

Today, dental fluorosis has reached unprecedented levels among all Americans — with blacks continuing to suffer the most. According to another set of recently released documents obtained using FOIA, well over one third of white children in America were diagnosed with the condition in a 1999-2004 national survey by the U.S. Centers for Disease Control and Prevention (CDC). By contrast, a shocking 58 percent of black children in the United States suffered from dental fluorosis in that period, according to the CDC survey.

In an internal e-mail to officials at the Department of Health and Human Services, J. Nadine Gracia with the Office of the Assistant Secretary for Health told colleagues that former Atlanta Mayor Andrew Young was working with Georgia lawmakers to repeal the state’s mandatory mass-medication program fluoridating public water. In letters to legislators, Young noted that “African Americans are disproportionately affected by dental fluorosis and have a greater burden due to higher rates of kidney disease and diabetes (concern about the impact of fluoride and kidney function),” Gracia explained, citing a news clip.

Though big portions of the e-mail were blacked out, what remained was still revealing. “Per CDC data, blacks did have higher levels of dental fluorosis than whites (58% vs 36%) based on 1999-2004 NHANES [National Health and Nutrition Examination Survey] data,” she said, claiming most of the cases were so-called mild. “In a 2005 MMWR [Morbidity and Mortality Weekly Report], CDC acknowledged this difference and stated that it is unclear why it exists and that further research is needed.”

In other words, Americans are being subjected to a giant experiment and those responsible for the disproportionate damage to the black community do not even understand what is causing it — yet those same officials insist that the experiment must continue under the guise of stopping cavities. “On a positive note, CDC data also show that in 1986-1987 blacks had more untreated tooth decay,” Gracia added. It was not immediately clear what was “positive” about that.

According to FAN, which first highlighted the documents outlining the disproportionate damage to blacks, when the federal government initially endorsed involuntary mass-medication of the public with fluoride in 1950, the “safe level” based on those findings has now been wildly exceeded. One study cited by the group from Augusta, Georgia, found that 17 percent of black children suffered from moderate to severe fluorosis. The pain, suffering, and financial costs associated with the epidemic are impossible to calculate.

As evidence of harm continues to grow, minority leaders have started lashing out at fluoridation. “The Hispanic community is no longer going to be silent on this issue,” said League of United Latin American Citizens Texas Chairman Henry Rodriguez after the national organization passed a resolution blasting forced medication and the disproportionate harm unleashed on minorities by fluoride. Water fluoridation, he added, “is about forcing us to be medicated through our drinking water without our consent or full disclosure of the risks.”

Numerous black community leaders, including two of Martin Luther King’s relatives as well as chapters of the NAACP, have also condemned water fluoridation. Black pastors have been speaking out in growing numbers, too. “Fluoridation takes away people’s choice — many people can’t afford unfluoridated bottled water or a home water fluoride removal system,” explained Rev. William Owens, president of the Coalition of African American Pastors, in a letter also citing the damage to public health among blacks.

Attorney Michael Connett, who led the FAN team that uncovered the explosive federal documents, is sounding the alarm about the controversial practice as well. “The epidemic of fluorosis now seen in the black community is the visible legacy of the government’s failure to act on what it knew,” he explained in a statement about the revelations. “Dental fluorosis is only the most obvious effect of fluoride, because you can see it.”

Indeed, dental fluorosis may actually be the least of your worries when it comes to the dangerous effects of fluoride, according to numerous scientific studies. An especially devastating blow to pro-fluoridation forces came in 2012, when Harvard researchers published an explosive peer-reviewed study in a U.S. government science journal suggesting that children exposed to the chemical suffered dramatic decreases in IQ.

“The children in high fluoride areas had significantly lower IQ than those who lived in low fluoride areas,” noted the Harvard research scientists about the results of their study, echoing claims by the Environmental Protection Agency (EPA) that there is substantial evidence of developmental neurotoxicity associated with the chemical. “The results support the possibility of an adverse effect of high fluoride exposure on children’s neurodevelopment.”

Particularly at risk, the authors said, were pre-born children, who the researchers noted could suffer permanent harm from the neurotoxic chemical. “Fluoride readily crosses the placenta,” they observed. “Fluoride exposure to the developing brain, which is much more susceptible to injury caused by toxicants than is the mature brain, may possibly lead to damage of a permanent nature.”

Many experts now say the chemical ought to be classified with other extremely dangerous substances. “Fluoride seems to fit in with lead, mercury, and other poisons that cause chemical brain drain,” noted senior study author Philippe Grandjean, a professor of environmental health at Harvard. “The effect of each toxicant may seem small, but the combined damage on a population scale can be serious, especially because the brain power of the next generation is crucial to all of us.”

More recently, echoing the recent findings of the Harvard study, The Lancet, one of the world’s most prestigious medical journals, also classified the chemical as a harmful neurotoxin. “Our very great concern is that children worldwide are being exposed to unrecognized toxic chemicals that are silently eroding intelligence, disrupting behaviors, truncating future achievements and damaging societies, perhaps most seriously in developing countries,” explained the authors, citing fluoride as one of about a dozen dangerous “developmental neurotoxicants” that should be addressed.

With federal officials now openly discussing the possibility of vaccinating the entire country for Ebola, Americans would be wise to consider the damage that the CDC and other unconstitutional “health” agencies have already unleashed on the public. The overwhelming majority of governments around the world have refused to force medicate the population with fluoride; and Israel, one of the few that did, recently banned water fluoridation. While the decision to fluoridate water supplies is typically made by local governments in America, ending unconstitutional federal meddling in the process would be a good start.