Will ‘Democracy Die in Darkness’ After November?

The Democrats will soon chant democracy is dying because they are terrified it is thriving as never before.

The Republicans were always going to win big in November, regardless of what biased pundits professed.

There was likely never a sudden “blue resurgence” or “red collapse” of late summer.

Those fantasies were mostly Democratic Party talking points. They were readily regurgitated by the fusion media and biased pollsters. The ruse was transparently designed to dampen conservative turnout and fundraising, while fueling interparty squabbling over supposedly “unelectable MAGA candidates.”

As it turns out, all the late infusions of millions of dollars of Silicon Valley dark “cabal” money will be to no avail.

All the last-minute Joe Biden giveaways like student-loan forgiveness, marijuana pardons, and COVID relief checks will be too little, too late.

All the Trump-derangement syndrome psychodramatic distractions from the January 6 committee to the Mar-a-Lago raid will be too transparently desperate.

And all the shrill 11th-hour warnings of a new variant of racism from the multimillionaire Obamas on the stump will be just that—shrill.

Yes, the Democrats will soon chant democracy is dying because they are terrified it is thriving as never before. And that grass-roots resurgence is mostly because Republicans are no longer so easily stereotyped as the out-of-touch party of aristocratic Mitt Romneys and condescending Bill Kristols.

Instead, supposedly “racist” conservatives are now empowered by minority voters worried more about shared class concerns than skin color. They are concluding that if there are American racists, they are most likely the rich bicoastal elites, never subject to the consequences of their selfish agendas, and their own self-appointed, self-interested, and ossified diversity industry.

So as the election nears, to save reputations, pollsters will now become just a bit more honest. Thus, they will be off on the final tally by only 2-3 percentage points rather than midsummer’s 5-8. That way, they save their eroding reputations by claiming post facto that at least their final polls “were within the margin of error.”

In the last few days, pundits will cease talk of an unappreciated “real” Democratic late surge. Instead they will turn on the electorate for its “stupidity.”

We will read all sorts of “What’s the Matter with Kansas?”-like screeds against those who voted  “against their interests,” with ample fillips of “whitelash,” “voter suppression,” and Stacey Abramsesque denialism—even as Republicans win record numbers of minority voters.

(Remember, minorities who vote conservative are excommunicated from the Left and no longer considered genuine minorities, as adjudicated by wealthy white professionals).

We always knew that any president in his first midterm historically loses about 28 seats in the House and four Senate seats. Voters realize the prior promises of a presidential candidate are not the same as the actual policies of a president. It is one thing for a loud candidate to point out that an incumbent president is responsible for all that goes bad. But it is quite another two years later to be that “bad” president who bears out that truism.

Hubris also plays a role for cocky majorities—whether Democrats printing $4 trillion to spread around even as the economy faced a dearth of supply and near-record labor nonparticipation, or Republicans in 2017 ending the state and local tax exemption that enraged independent swing voters in purple states.

When the generic party ballot favors the out party in a president’s first term and his polls hover at or below 40 percent, then a normal 20-30 seat loss can become a 40-60 seat tsunami.

Moreover, in 2022, the Republicans start dead even in the Senate. They are only eight down in the House. So, their natural pickup will be force multiplied by the fact they will surge way ahead rather than coming from way back to achieve a modest majority.

Joe Biden is not just an obnoxious, off-putting, snarly, and enfeebled president. He is also captive of the most radically destructive, left-wing agenda in the White House since 1933. On energy, inflation, the border, debt, crime, racial relations, and foreign policy, the Left’s project has proven an utter disaster that has hollowed out the middle class and embarrassed the nation in under two years. 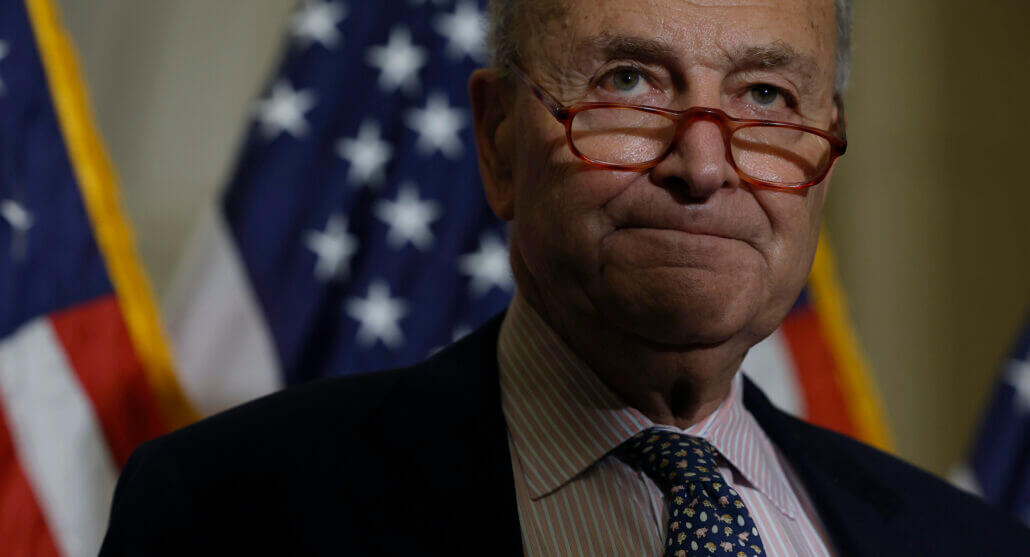 Leftists Will Be Leftists

Yet, there will not even be a futile, last-minute progressive attempt at correction.

Leftist ideologues never backtrack from their long-march agendas. Instead, as religious nihilists they would rather be purist in their destructive policies that alienate the voters—rather than win them over as apostates by moderating their views.

However, do not even expect the Left to brag on their “successes.” For example:

Instead, they will fall silent on the very policies they enacted on their age-old principle that the opiated masses never know what is good for them.

Given these realities, expect the Republicans to end up with a near historical majority in the House and firm control of the Senate.

What then should we expect after the midterms?

Again, we will be told that democracy is now in its final stages. Voter “suppression” was rampant, even as turnout hit near record levels.

When those leftist talking points don’t convince voters, pundits will lament the stupidity of the American people, the malevolent MAGA surge, the racist nature of the country—any excuse other than the new Democratic Party is the domain of the hyper-rich, the bicoastal white professional elites, the subsidized poor, and affluent and privileged minorities. And it is increasingly despised by the white working class, by nearly half of the Hispanic population, by more and more independents, and by a growing minority of African American males.

Why? Because on issues that count, the Left insults middle-class critics as it destroys them, pushing green, inflationary, open-borders, racially obsessed, and elitist agendas without voter support.

In pathetic attempts to distract the electorate to support policies contrary to their interests, it grows hysterical in demanding late-term abortion, mainstreaming transgenderism in all its drag manifestations, and racialist indoctrination, insulting all who demur as bigots and racists. 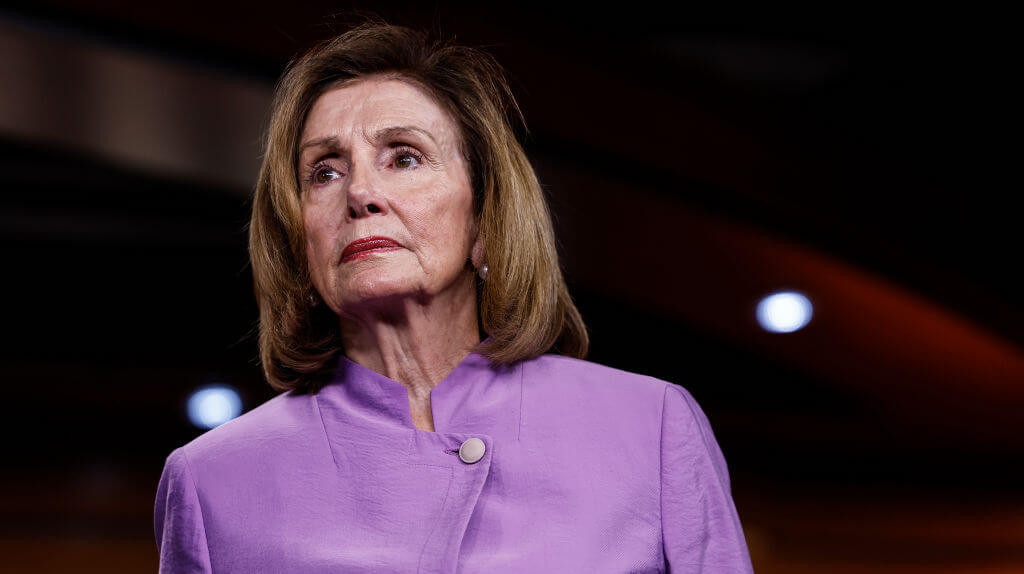 Do What They Would Do

But there are other reasons the Left will become livid and terrified when they lose the Congress.

They fear not what Republican majorities may actually do, but what they would do if they were Republicans and suddenly gained the Congress after being smeared by the party in power.

That is, the Democrats fear that the Republicans might remember what the Left did while in legislative control and would see that as the new model for an incoming majority.

Consequently, will a Republican Senate simply refuse to confirm Biden’s ultra-left appointments and judges, on the theory they will inevitably do the damage of a Merrick Garland or Alejandro Mayorkas or prove sanctimonious nincompoops like a Pete Buttigieg or Xavier Becerra?

Will the Republicans subpoena an array of left-wing activists and Democratic functionaries? Will jail sentences await any who retry the Eric Holder gambit of congressional defiance?

Will they adopt the January 6 committee protocols?

That is, will Speaker Kevin McCarthy (R-Calif.) announce he is following the precedents of Nancy Pelosi (D-Calif.) and therefore reluctantly must:

Undertake a real probe of the entire January 6 riot and its aftermath, using newly inherited operating procedures to subpoena high-ranking bureaucrats, left-wing pundits, Democratic National Committee operatives and elected officials to discover: 1) why the breakdown in Capitol Hill police security; 2) why the suppression of information about the officer killing of Ashli Babbitt, and the death from natural causes of Officer Brian Sicknick; 3) why all videos, emails, and communications concerning the riot have not been released; 4) what was the role, if any, of FBI informants; 5) why were dozens of the accused held without bail, without charges filed, and subject to nonstop jail harassment?

Would Democrats—if they were Republicans in January 2023—vote to end the filibuster?

Will Joe Biden, who all summer long blasted the filibuster as a racist relic, flip in 2023 and claim it is the bastion of the republic when the Democrats are in the senate minority?

Will Democrats object if the Republican House becomes impeachment-hungry, following the 2019-2021 precedent?

Is the rule now established that an unpopular president should face first-term impeachment when he loses the House?

Or is the new legacy automatic impeachment when a president clearly warps the national interest to further his own political viability—such as ruining relations with Saudi Arabia while draining the Strategic Petroleum Reserve in a last-ditch effort to avoid a midterm wipeout?

Or is impeachment warranted when a president does not faithfully execute the laws, such as destroying the entire corpus of federal immigration law to enhance a future political constituency?

Does impeachment now extend to former presidents as private citizens? Should Joe Biden expect an impeachment writ while retired to his Delaware retreat?

Will impeachment include cabinet officials such as Homeland Security Secretary Alejandro Mayorkas for his open border, or Attorney General Merrick Garland for unleashing the FBI against political enemies? Will the petty become institutionalized, such as Kevin McCarthy scowling and tearing up one of Biden’s rambling and incoherent State of the Union addresses in front of cameras on national television?

Will the Congress call in Ivy-League mental health professionals to tele-diagnose Joe Biden as they clamor for 25th-Amendment investigations and demand a presidential Montreal Cognitive Assessment?

Will Biden be subpoenaed to testify before a House congressional committee investigating the Biden quid pro quos and his own former brag about getting a Ukrainian prosecutor fired who apparently got too rambunctious in investigating Burisma? 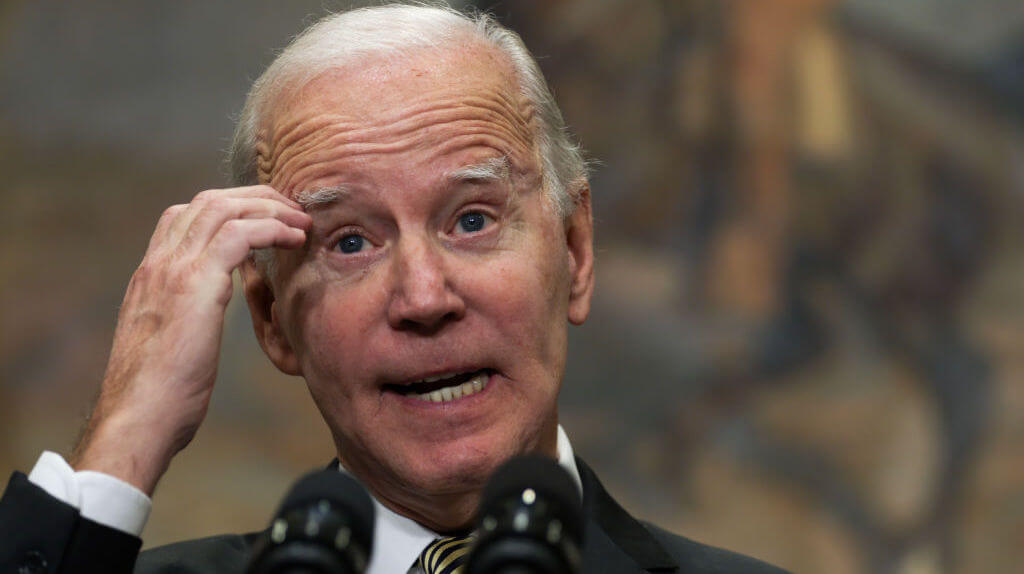 It should be a fascinating post-midterm fall and winter.

But one question remains: will the Left now blame Biden as the perfect scapegoat for its midterm implosion—even after using him as the reputable empty vessel to carry through an otherwise disreputable agenda?

If so, expect plenty of leaks, but arising from the Justice Department, the FBI, and the Democratic National Committee—and spread by the left-wing network news and mainstream media.

The subtext will be “Good ol’ Joe from Scranton dutifully played the useful idiot, but now is to be properly scapegoated and sent packing, given what lost the election was not our extremist agenda but the doddering fool who was identified with it.”

As hard as it will be to believe, after all the excuses are exhausted (voter suppression, racism, MAGA extremism, right-wing news, etc.) the Left will blame their erstwhile savior Biden for sullying their message. That way they can conclude they lost only because of the inept messenger and so can escalate their revolutionary but otherwise toxic agendas.