The World Economic Forum’s annual meeting in Davos, Switzerland, has just ended. The theme of the five-day event, “Working Together, Restoring Trust,” was both vague and troubling, in equal measures.

Remember, this is the WEF we are discussing here, an international organization actively pushing “The Great Reset.” The theme could just as easily have read “Suffering Together, Restoring Compliance.”

Among the many issues discussed, members focused on the spread of misinformation and disinformation. How, they asked, can the proliferation of harmful content be combatted? It’s easy, they answered, how about introducing digital IDs?

The WEF recently rolled out the Global Coalition for Digital Safety, an initiative designed to “accelerate public-private cooperation to tackle harmful content online.” In an effort to remedy the scourge of malicious material, the WEF has brought together a “diverse group of leaders who are well placed to exchange best practices for new online safety regulation and help millions of connected citizens improve digital media literacy.”

These “diverse leaders” include head honchos at the likes of Google, Microsoft, Interpol, and a number of government ministers. Another coalition member is Yoti, a company that strives to make the internet a safer place. How so? Through the use of digital IDs.

The dangers posed by digital IDs cannot be emphasized enough. As the researcher Brett Solomon—a man “who has tracked the advantages and perils of technology for human rights” for well over a decade—previously noted, the mass rollout of digital IDs “poses one of the gravest risks to human rights of any technology that we have encountered.”

As we rush “headlong into a future where new technologies will converge to make this risk much more severe,” we must prepare ourselves for the dawn of “near-perfect facial recognition technology and other identifiers, from the human gait to breath to iris,” according to Solomon.

According to the tech researcher, biometric databases of the not-too-distant future will be centralized in nature. Opaque in the extreme, our data will be harvested by the people in the highest positions imaginable—you know, the kind of people who travel to Davos for polite debates.

Moreover, added Solomon, throw geolocation of identifiers into the mix, and you have a recipe for absolute chaos. Such identifiers track you—more specifically, the digital you—in real time. You can run all you want, but you cannot hide.

The Panopticon Gets a Digital Upgrade

Canada, a country with close ties to the WEF, is actively considering the use of digital IDs. According to the Canada Gazette, the country’s prime minister, Justin Trudeau, has spoken with airlines about introducing “digital identity documents” and “biometric travel documents.”

Canada’s plan is part of a broader plan, one that was initiated by the World Economic Forum. In a white paper released last year, authors at the WEF discussed the many ways in which digital ID programs will become an integral part of the financial services industry.

Resistance is futile. Digital IDs may soon be the norm. In the United States, as analysts at Reclaim the Net recently reported, the U.S. Postal Service is pushing for the introduction of digital IDs. The USPS wants to “have a more prominent role in biometric data collection and digital ID services.”

The bad news doesn’t end there. As I have discussed elsewhere, the Internal Revenue Service (IRS) also wants your face. 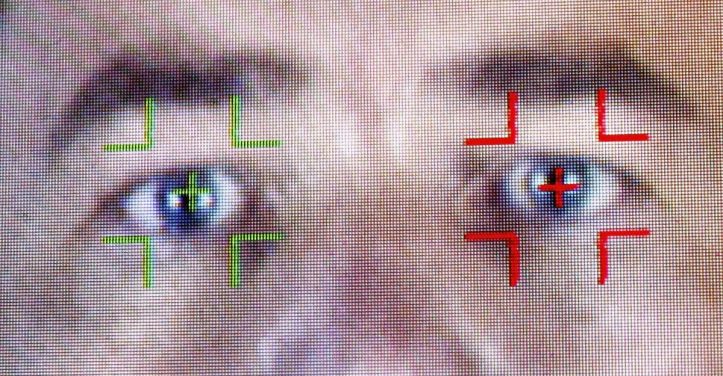 A facial recognition program is demonstrated during a biometrics conference in London, in this file photo. (Ian Waldie/Getty Images)

Digital IDs Are Not Compatible With Democracy

Freedom House, an international group that was established to promote the idea of democracy, recently warned that when it comes to respecting democratic norms, like the right to privacy, the United States is going backward.

The country’s “democratic institutions have suffered erosion, as reflected in partisan pressure on the electoral process, bias and dysfunction in the criminal justice system, harmful policies on immigration and asylum seekers, and growing disparities in wealth, economic opportunity, and political influence,” Freedom House argued.

For those who doubt that the United States is backsliding, please note that Argentina and Mongolia now rank higher on the democracy ladder, according to a Freedom House 2021 report. Who is to blame for the regression? The very people elected to keep citizens safe, I contend.

The United States is fast becoming a first-world country with third-world protections for its people. No one should be happy about this. Well, almost no one, except, perhaps, the elites in Davos.