Infographic: The 4-Year-Long Campaign Against Trump

The post-election push to pressure President Donald Trump to concede, despite numerous credible allegations of voter fraud and ongoing legal challenges, is not an isolated incident. 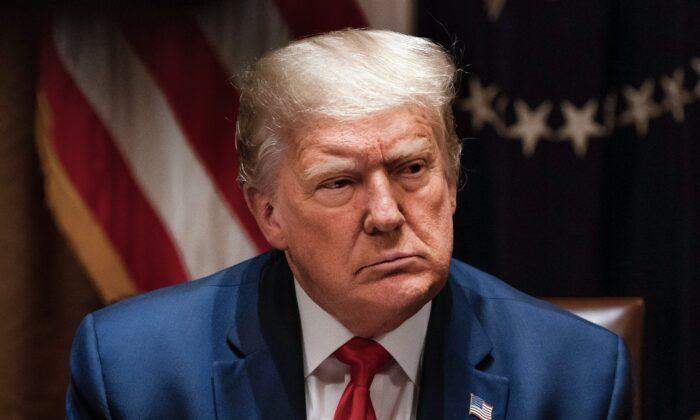 It is the culmination of a four-year-long campaign against him, which started during his first run for president in 2016 when the FBI launched a politically motivated investigation of his campaign. During his subsequent four years in office, there have been consistent efforts to remove him from office, first through the Russia-collusion narrative and then through impeachment.

The Epoch Times here provides an overview of some of the main efforts made against the sitting president of the United States. 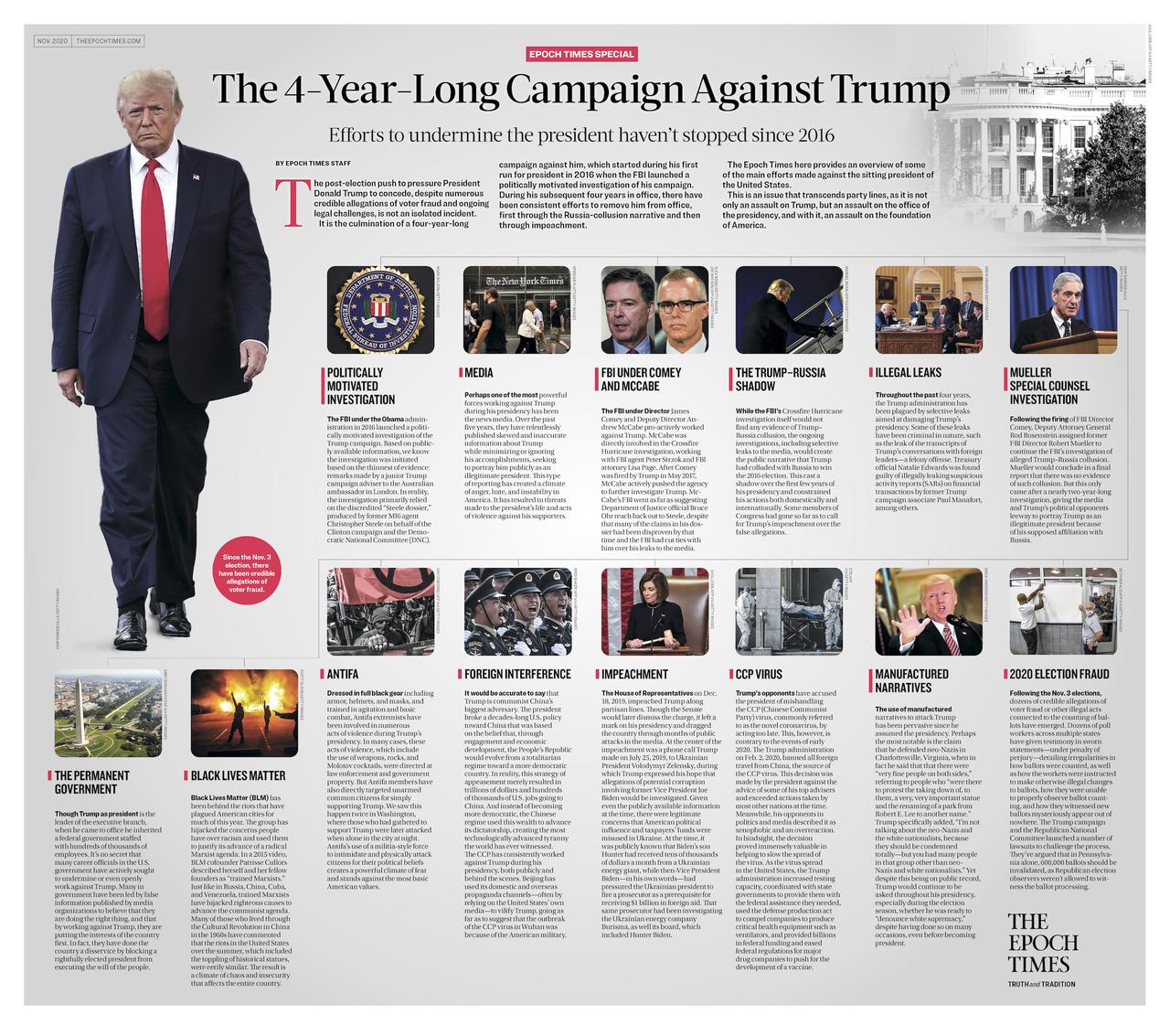 The FBI under the Obama administration in 2016 launched a politically motivated investigation of the Trump campaign. Based on publicly available information, we know the investigation was initiated based on the thinnest of evidence: remarks made by a junior Trump campaign adviser to the Australian ambassador in London. In reality, the investigation primarily relied on the discredited “Steele dossier,” produced by former MI6 agent Christopher Steele on behalf of the Clinton campaign and the Democratic National Committee (DNC). 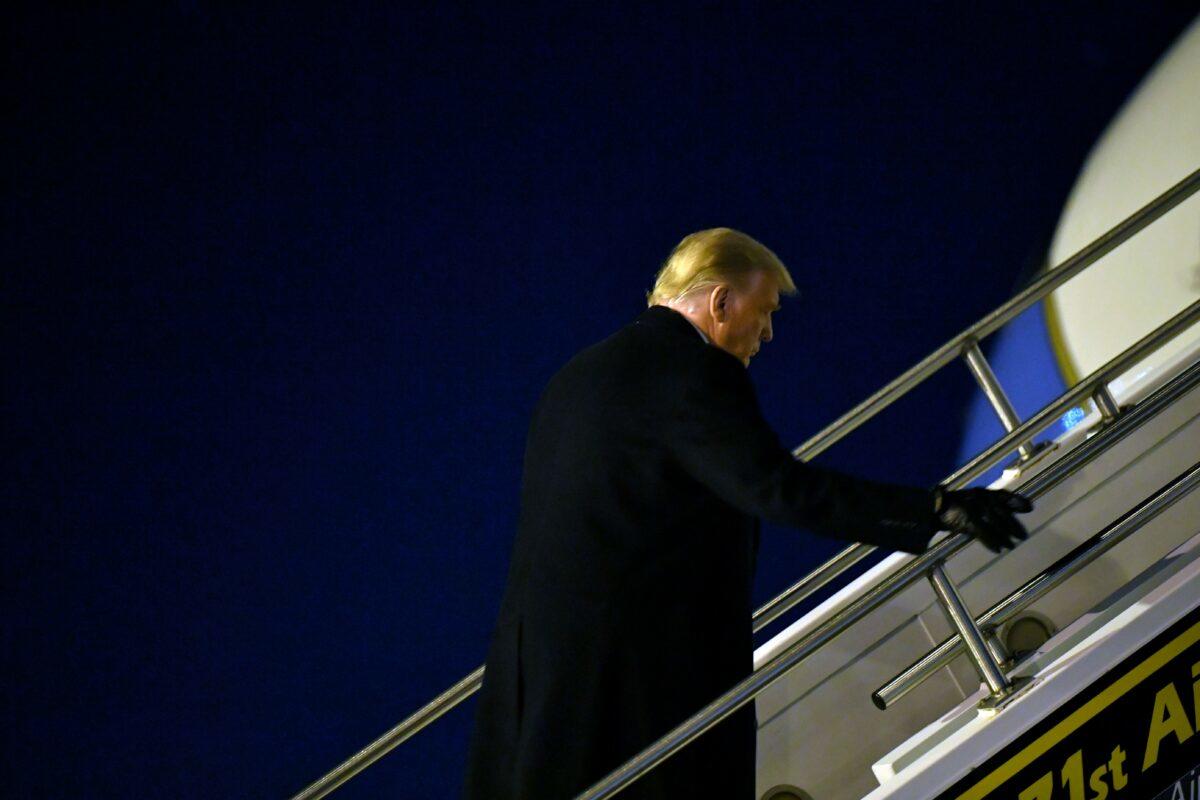 While the FBI’s Crossfire Hurricane investigation itself would not find any evidence of Trump–Russia collusion, the ongoing investigations, including selective leaks to the media, would create the public narrative that Trump had colluded with Russia to win the 2016 election. This cast a shadow over the first few years of his presidency and constrained his actions both domestically and internationally. Some members of Congress had gone so far as to call for Trump’s impeachment over the false allegations. 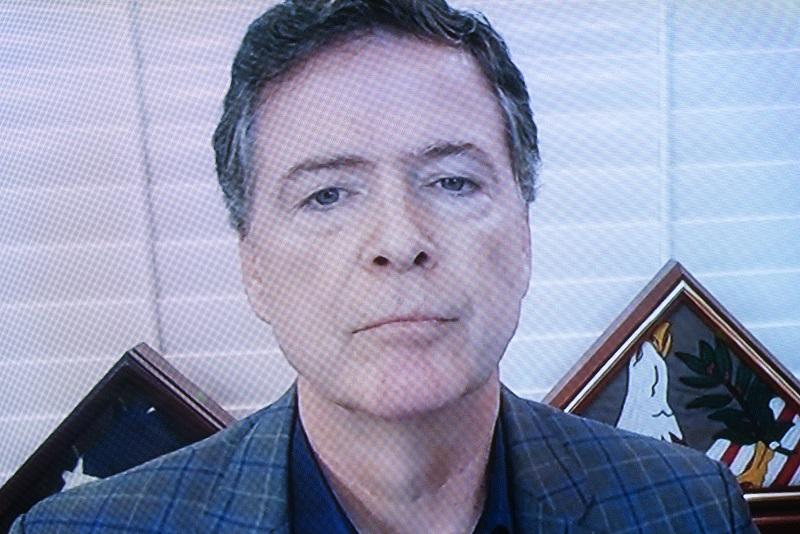 Former director of the Federal Bureau of Investigation James Comey, speaks via a TV monitor during a hearing on Capitol Hill in Washington on Sept. 30, 2020. (Stefani Reynolds/Pool/Getty Images)

FBI Under Comey and McCabe

The FBI under Director James Comey and Deputy Director Andrew McCabe pro-actively worked against Trump. McCabe was directly involved in the Crossfire Hurricane investigation, working with FBI agent Peter Strzok and FBI attorney Lisa Page. After Comey was fired by Trump in May 2017, McCabe actively pushed the agency to further investigate Trump. McCabe’s FBI went as far as suggesting Department of Justice official Bruce Ohr reach back out to Steele, despite that many of the claims in his dossier had been disproven by that time and the FBI had cut ties with him over his leaks to the media. 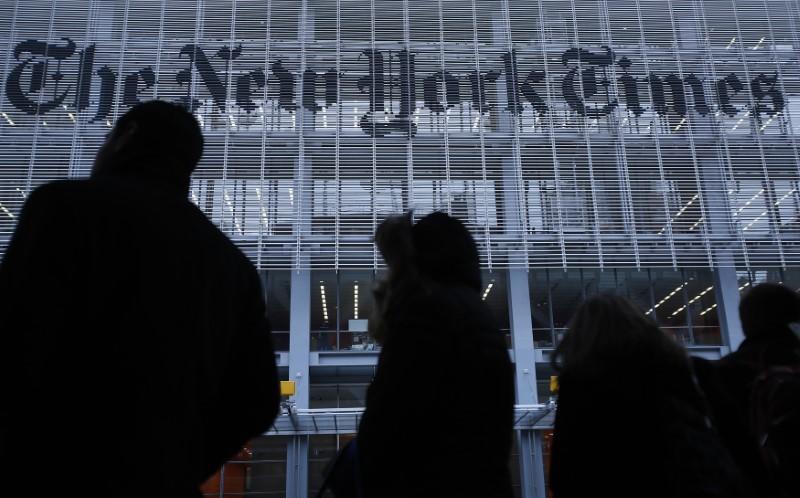 Perhaps one of the most powerful forces working against Trump during his presidency has been the news media. Over the past five years, they have relentlessly published skewed and inaccurate information about Trump while minimizing or ignoring his accomplishments, seeking to portray him publicly as an illegitimate president. This type of reporting has created a climate of anger, hate, and instability in America. It has resulted in threats made to the president’s life and acts of violence against his supporters. 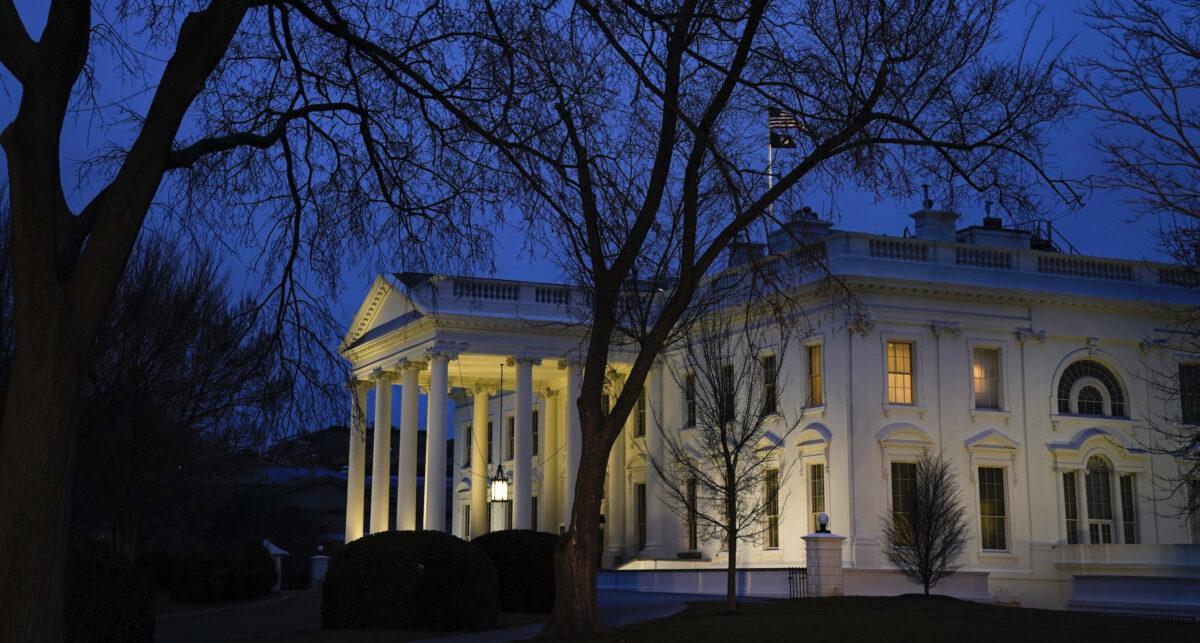 The White House stands at dusk in Washington on Feb. 5, 2020. (Drew Angerer/Getty Images)

The House of Representatives on Dec. 18, 2019, impeached Trump along partisan lines. Though the Senate would later dismiss the charge, it left a mark on his presidency and dragged the country through months of public attacks in the media. At the center of the impeachment was a phone call Trump made on July 25, 2019, to Ukrainian President Volodymyr Zelensky, during which Trump expressed his hope that allegations of potential corruption involving former Vice President Joe Biden would be investigated. Given even the publicly available information at the time, there were legitimate concerns that American political influence and taxpayers’ funds were misused in Ukraine. At the time, it was publicly known that Biden’s son Hunter had received tens of thousands of dollars a month from a Ukrainian energy giant, while then-Vice President Biden—in his own words—had pressured the Ukrainian president to fire a prosecutor as a prerequisite for receiving $1 billion in foreign aid. That same prosecutor had been investigating the Ukrainian energy company Burisma, as well its board, which included Hunter Biden. 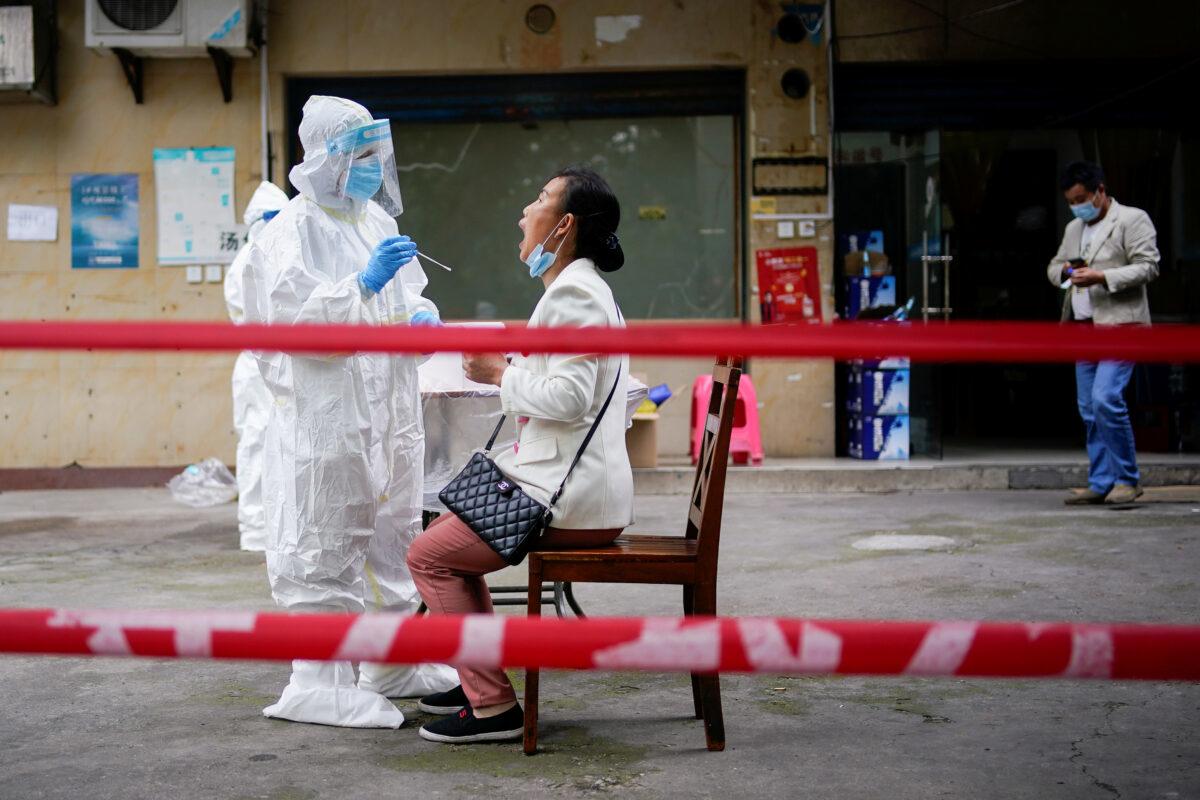 A medical worker in protective suit conducts nucleic acid testings for residents at a residential compound in Wuhan, the Chinese city hit hardest by the coronavirus disease (COVID-19) outbreak, Hubei province, China, on May 15, 2020. (Aly Song/Reuters)

Trump’s opponents have accused the president of mishandling the CCP (Chinese Communist Party) virus, commonly referred to as the novel coronavirus, by acting too late. This, however, is contrary to the events of early 2020. The Trump administration on Feb. 2, 2020, banned all foreign travel from China, the source of the CCP virus. This decision was made by the president against the advice of some of his top advisers and exceeded actions taken by most other nations at the time. Meanwhile, his opponents in politics and media described it as xenophobic and an overreaction. In hindsight, the decision proved immensely valuable in helping to slow the spread of the virus. As the virus spread in the United States, the Trump administration increased testing capacity, coordinated with state governments to provide them with the federal assistance they needed, used the defense production act to compel companies to produce critical health equipment such as ventilators, and provided billions in federal funding and eased federal regulations for major drug companies to push for the development of a vaccine. 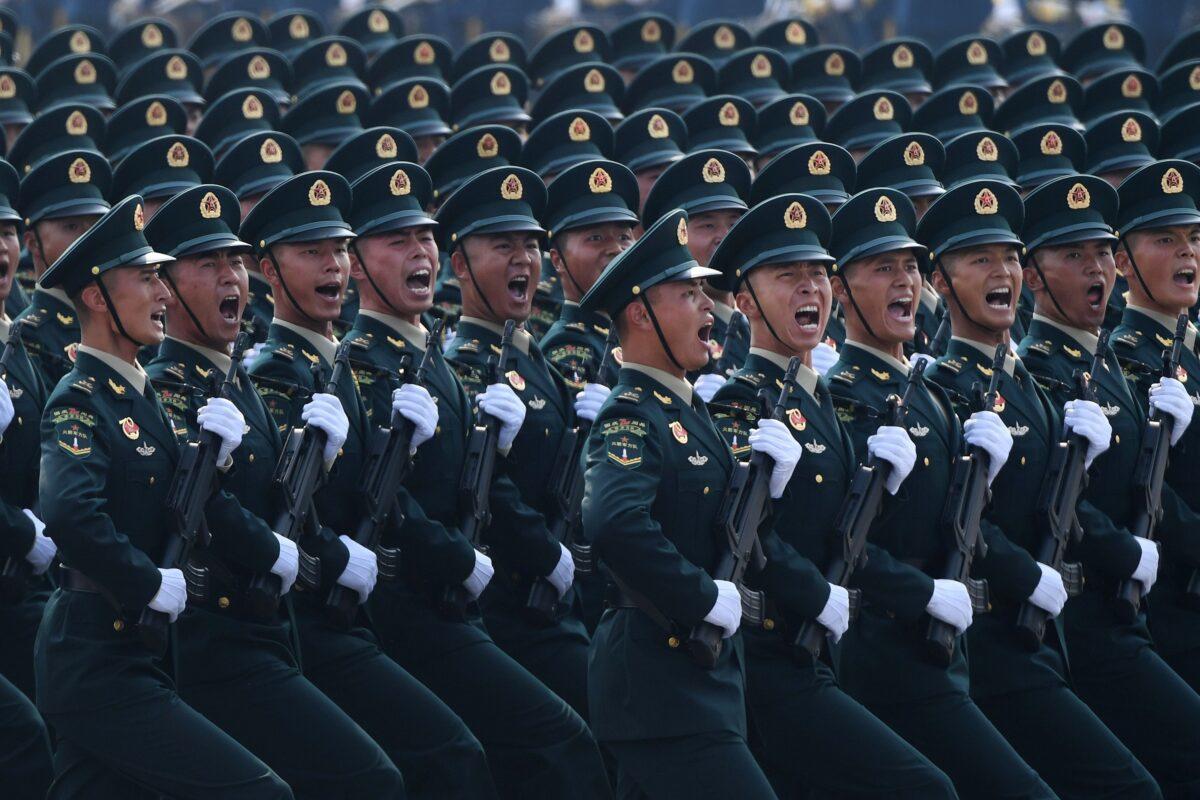 Chinese troops march during a military parade in Tiananmen Square in Beijing, on Oct. 1, 2019. (Greg Baker/AFP via Getty Images)

It would be accurate to say that Trump is communist China’s biggest adversary. The president broke a decades-long U.S. policy toward China that was based on the belief that, through engagement and economic development, the People’s Republic would evolve from a totalitarian regime toward a more democratic country. In reality, this strategy of appeasement merely resulted in trillions of dollars and hundreds of thousands of U.S. jobs going to China. And instead of becoming more democratic, the Chinese regime used this wealth to advance its dictatorship, creating the most technologically advanced tyranny the world has ever witnessed. The CCP has consistently worked against Trump during his presidency, both publicly and behind the scenes. Beijing has used its domestic and overseas propaganda channels—often by relying on the United States’ own media—to vilify Trump, going as far as to suggest that the outbreak of the CCP virus in Wuhan was because of the American military. 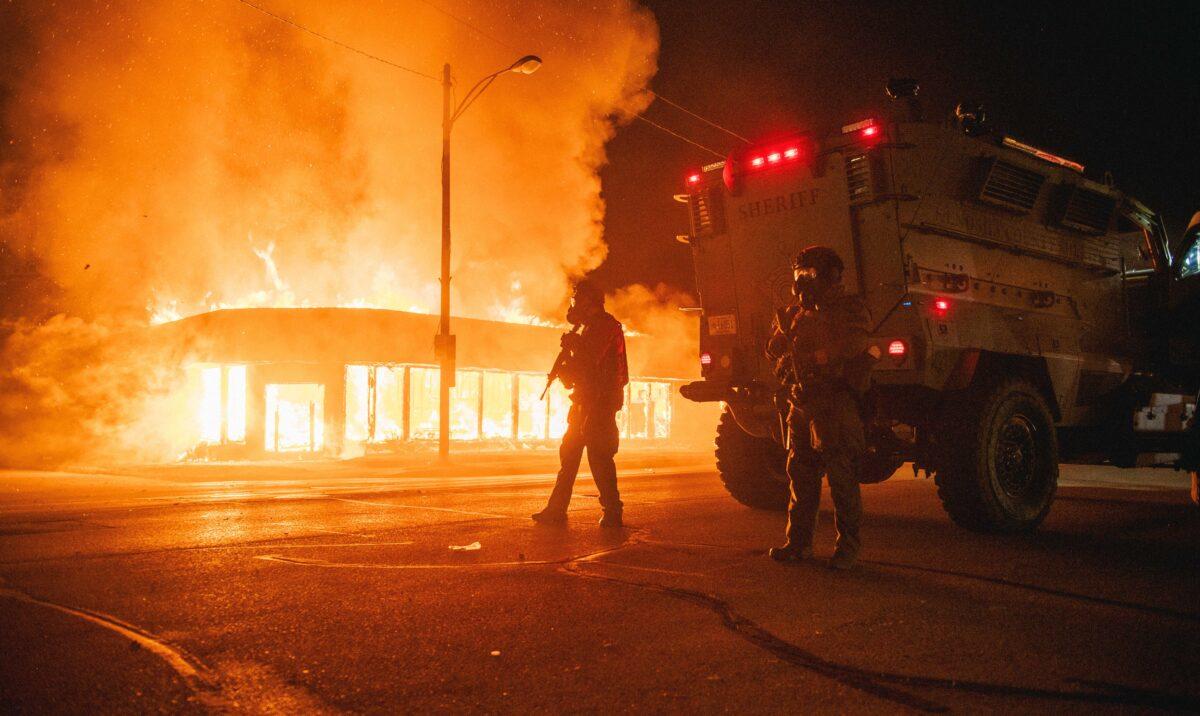 A police armored vehicle patrols an intersection while a building set afire by rioters burns in Kenosha, Wis., on Aug. 24, 2020. (Brandon Bell/Getty Images)

Black Lives Matter (BLM) has been behind the riots that have plagued American cities for much of this year. The group has hijacked the concerns people have over racism and used them to justify its advance of a Marxist agenda. In a 2015 video, BLM co-founder Patrisse Cullors described herself and her fellow founders as “trained Marxists.” Just like in Russia, China, Cuba, and Venezuela, trained Marxists have hijacked righteous causes to advance the communist agenda. Many of those who lived through the Cultural Revolution in China in the 1960s have commented that the riots in the United States over the summer, which included the toppling of historical statues, were eerily similar. The result is a climate of chaos and insecurity that affects the entire country. 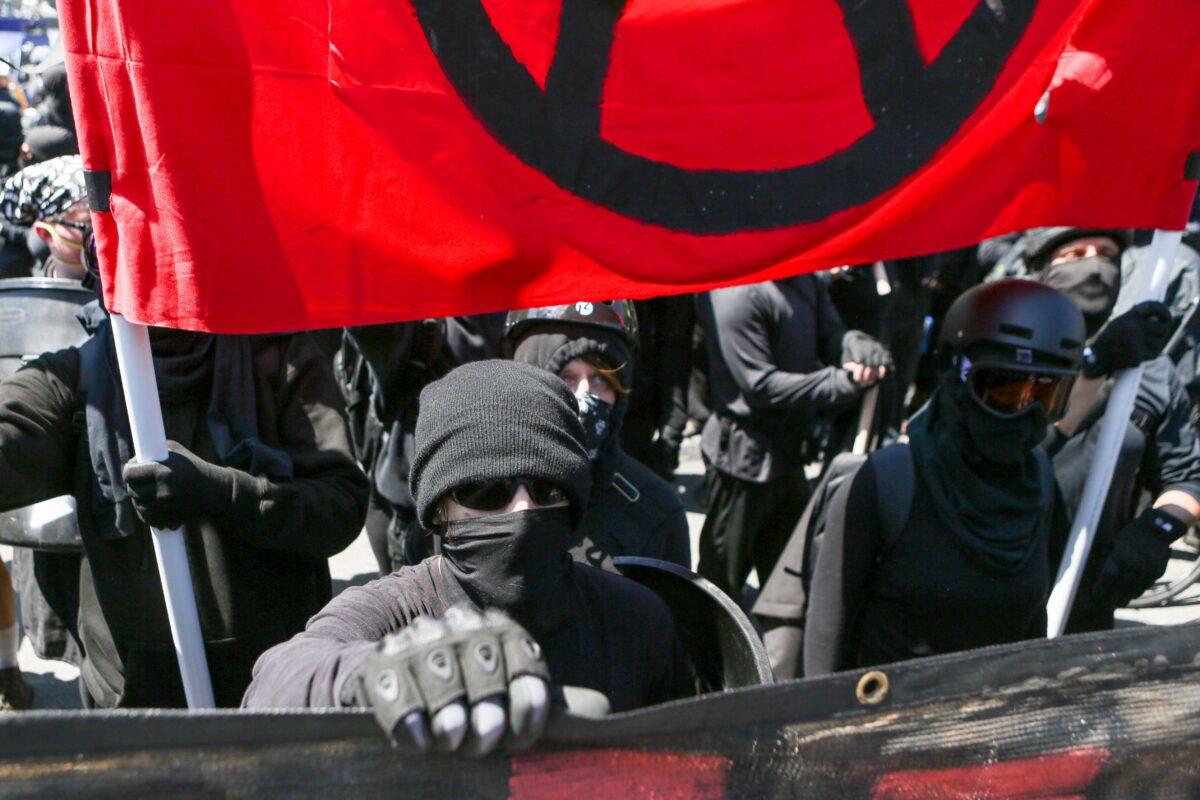 Dressed in full black gear including armor, helmets, and masks, and trained in agitation and basic combat, Antifa extremists have been involved in numerous acts of violence during Trump’s presidency. In many cases, these acts of violence, which include the use of weapons, rocks, and Molotov cocktails, were directed at law enforcement and government property. But Antifa members have also directly targeted unarmed common citizens for simply supporting Trump. We saw this happen twice in Washington, where those who had gathered to support Trump were later attacked when alone in the city at night. Antifa’s use of a militia-style force to intimidate and physically attack citizens for their political beliefs creates a powerful climate of fear and stands against the most basic American values. 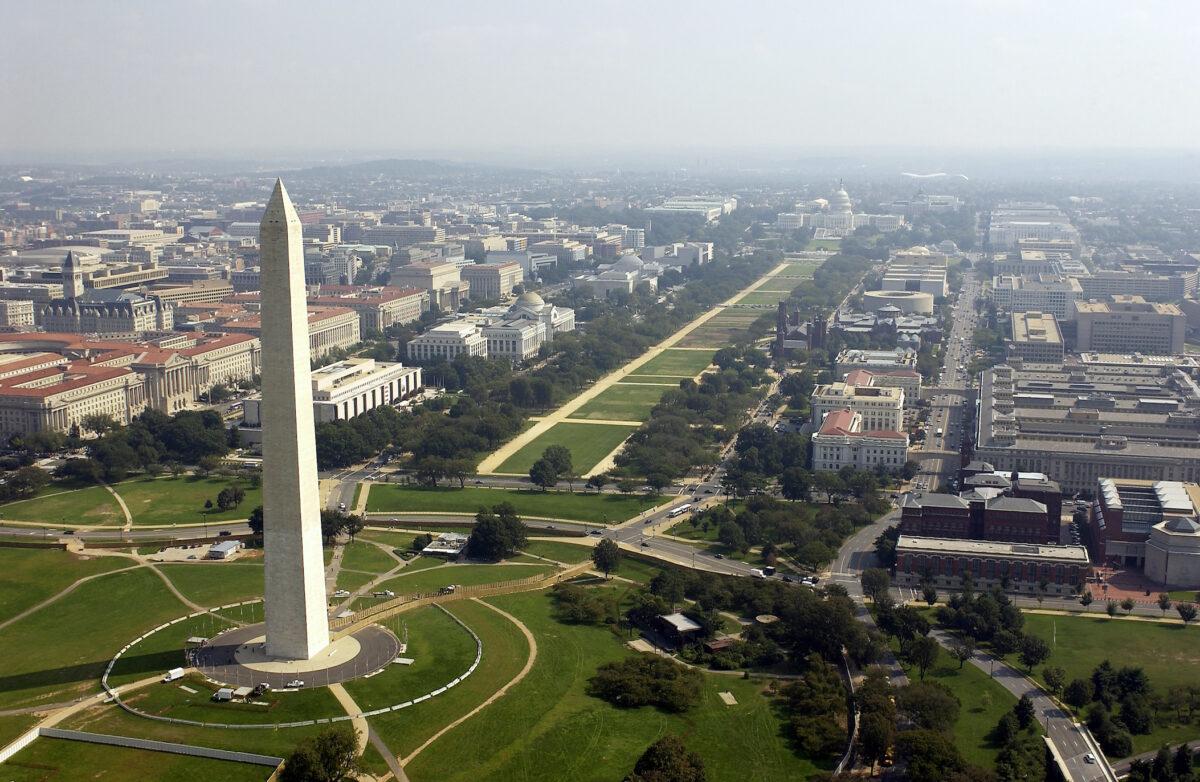 Aerial photo of the Washington Memorial with the Capitol in the background in Washington D.C. in this file photo. (Andy Dunaway/USAF via Getty Images)

Though Trump as president is the leader of the executive branch, when he came to office he inherited a federal government staffed with hundreds of thousands of employees. It’s no secret that many career officials in the U.S. government have actively sought to undermine or even openly work against Trump. Many in government have been led by false information published by media organizations to believe that they are doing the right thing, and that by working against Trump, they are putting the interests of the country first. In fact, they have done the country a disservice by blocking a rightfully elected president from executing the will of the people. 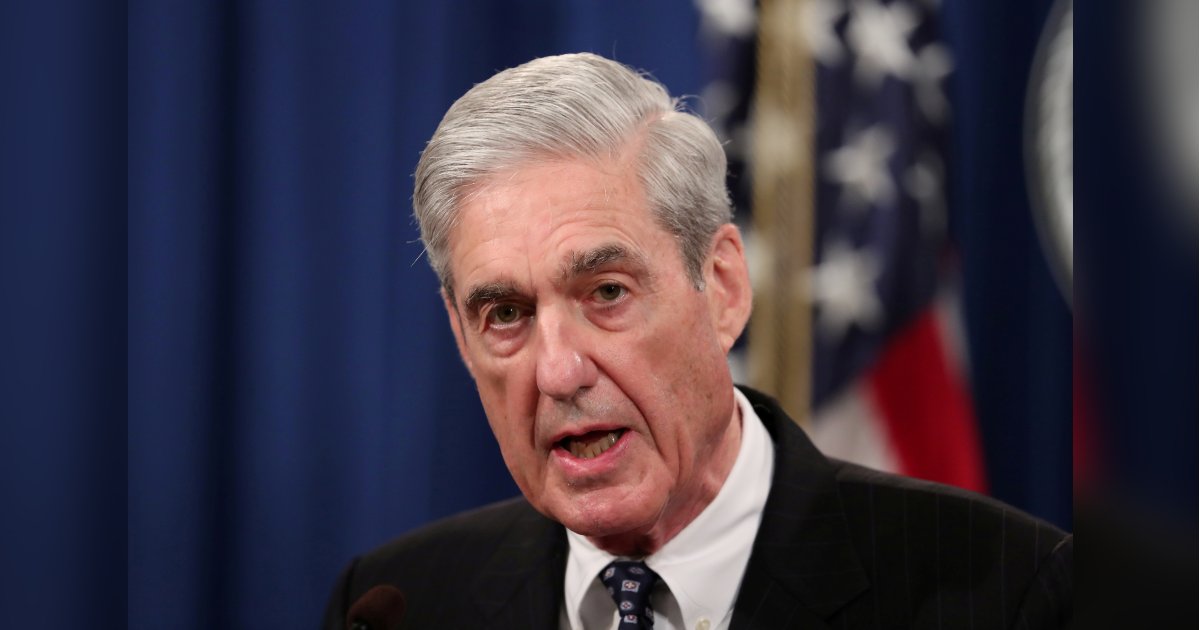 Following the firing of FBI Director Comey, Deputy Attorney General Rod Rosenstein assigned former FBI Director Robert Mueller to continue the FBI’s investigation of alleged Trump–Russia collusion. Mueller would conclude in a final report that there was no evidence of such collusion. But this only came after a nearly two-year-long investigation, giving the media and Trump’s political opponents leeway to portray Trump as an illegitimate president because of his supposed affiliation with Russia. 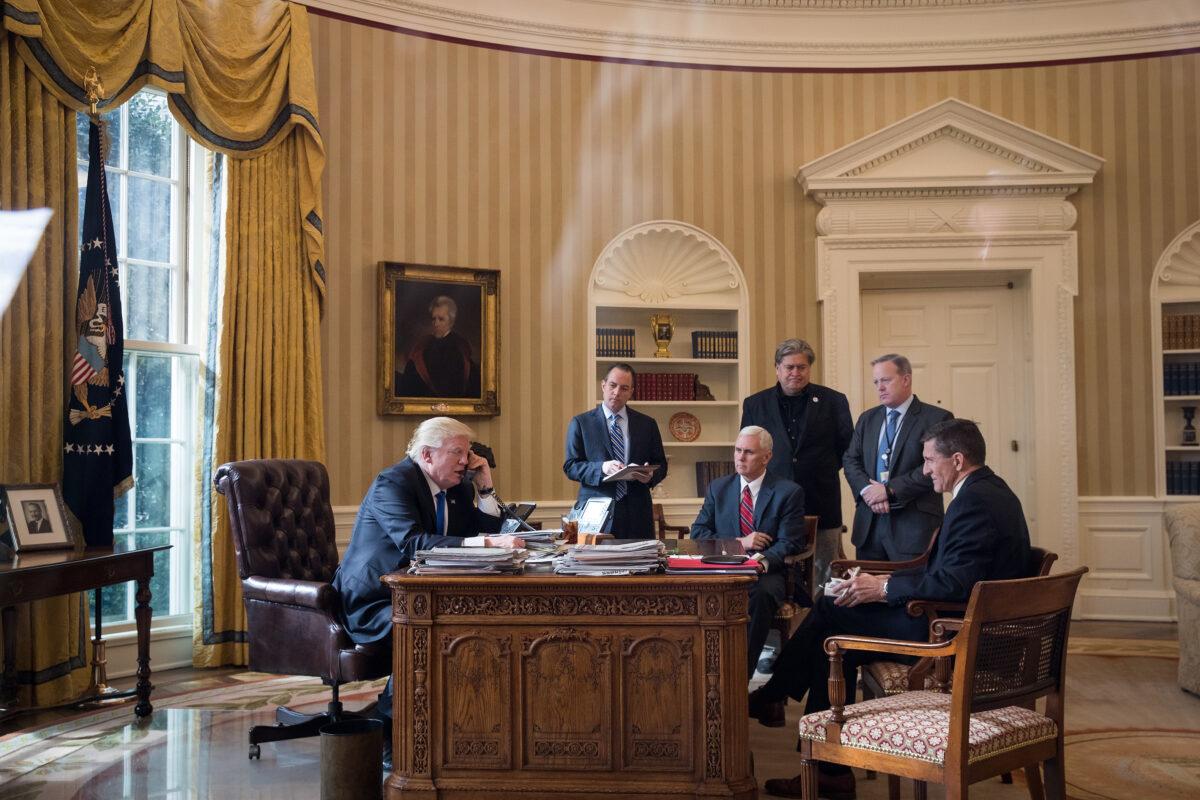 President Donald Trump speaks on the phone with Russian President Vladimir Putin in the Oval Office of the White House on Jan. 28, 2017. (Drew Angerer/Getty Images)

Throughout the past four years, the Trump administration has been plagued by selective leaks aimed at damaging Trump’s presidency. Some of these leaks have been criminal in nature, such as the leak of the transcripts of Trump’s conversations with foreign leaders—a felony offense. Treasury official Natalie Edwards was found guilty of illegally leaking suspicious activity reports (SARs) on financial transactions by former Trump campaign associate Paul Manafort, among others. 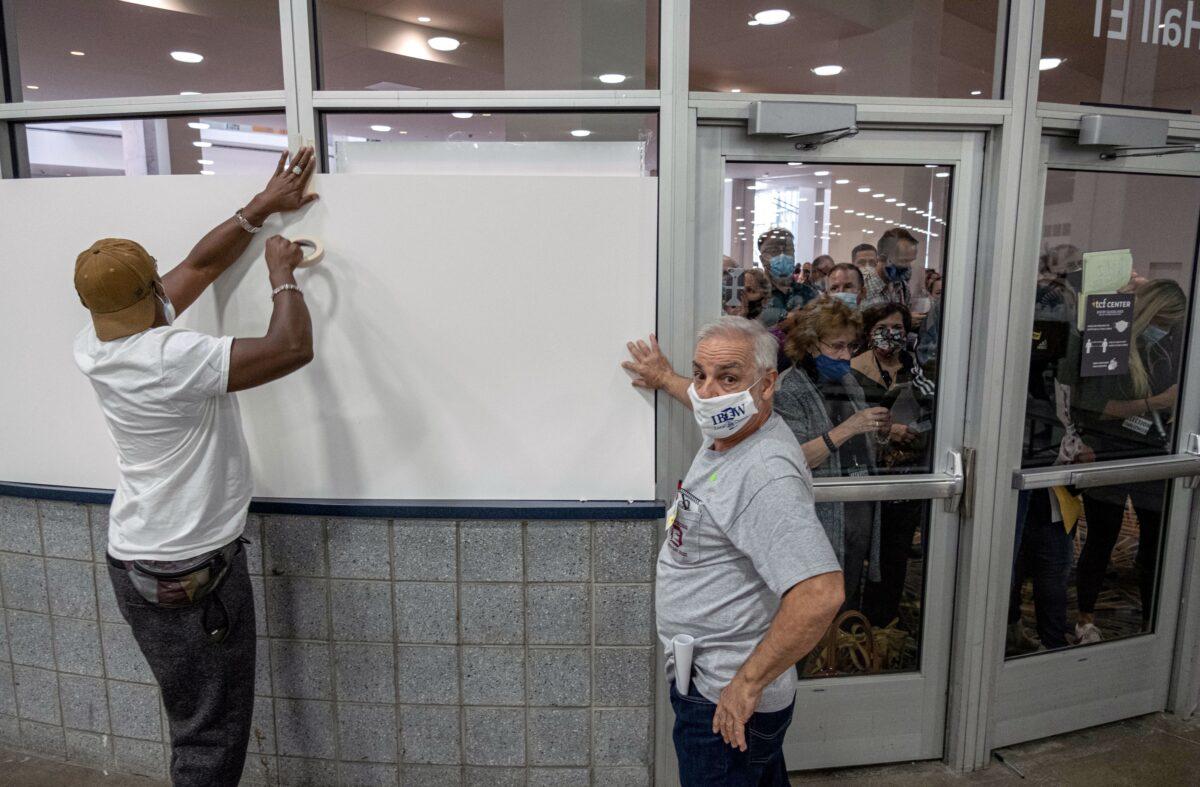 Poll workers board up windows so ballot challengers can’t see into the ballot counting area at the TCF Center where ballots are being counted in downtown Detroit on Nov. 4,2020. (Seth Herald/AFP via Getty Images)

Following the Nov. 3 elections, dozens of credible allegations of voter fraud or other illegal acts connected to the counting of ballots have emerged. Dozens of poll workers across multiple states have given testimony in sworn statements—under penalty of perjury—detailing irregularities in how ballots were counted, as well as how the workers were instructed to make otherwise illegal changes to ballots, how they were unable to properly observe ballot counting, and how they witnessed new ballots mysteriously appear out of nowhere. The Trump campaign and the Republican National Committee launched a number of lawsuits to challenge the process. They’ve argued that in Pennsylvania alone, 600,000 ballots should be invalidated, as Republican election observers weren’t allowed to witness the ballot processing. 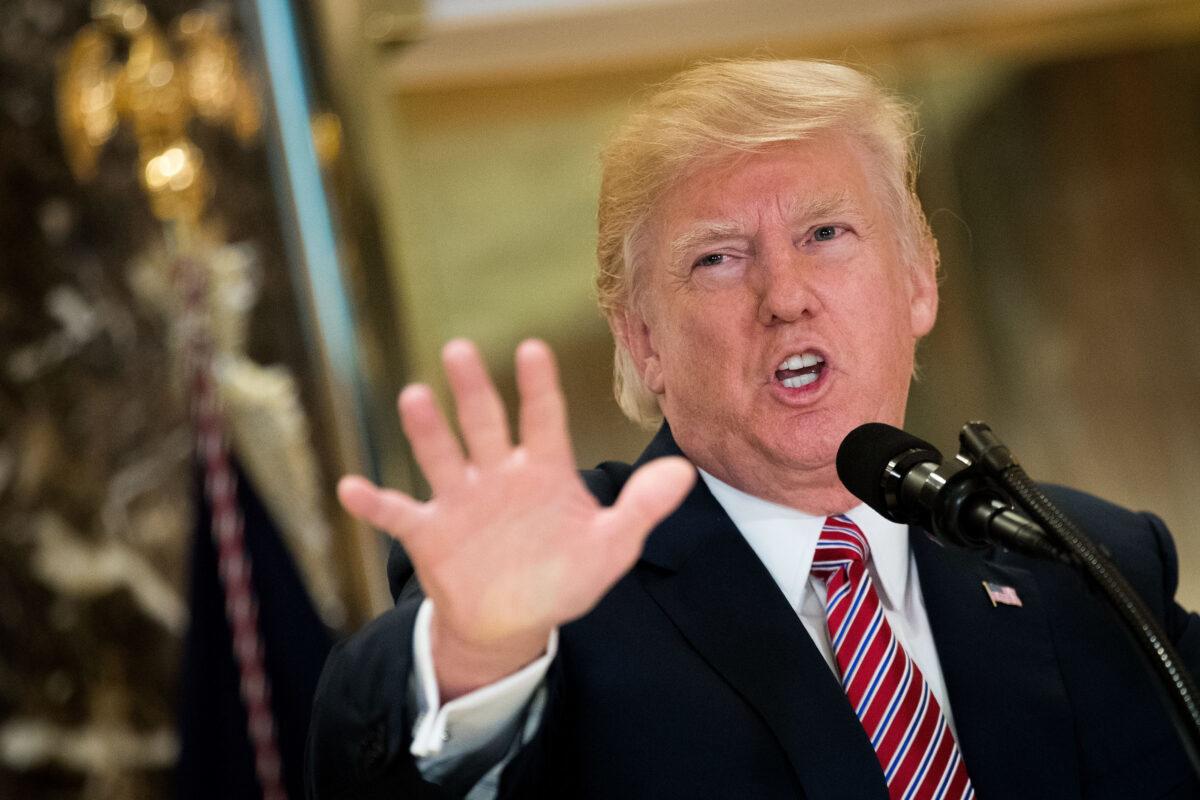 The use of manufactured narratives to attack Trump has been pervasive since he assumed the presidency. Perhaps the most notable is the claim that he defended neo-Nazis in Charlottesville, Virginia, when in fact he said that that there were “very fine people on both sides,” referring to people who “were there to protest the taking down of, to them, a very, very important statue and the renaming of a park from Robert E. Lee to another name.” Trump specifically added, “I’m not talking about the neo-Nazis and the white nationalists, because they should be condemned totally—but you had many people in that group other than neo-Nazis and white nationalists.” Yet despite this being on public record, Trump would continue to be asked throughout his presidency, especially during the election season, whether he was ready to “denounce white supremacy,” despite having done so on many occasions, even before becoming president