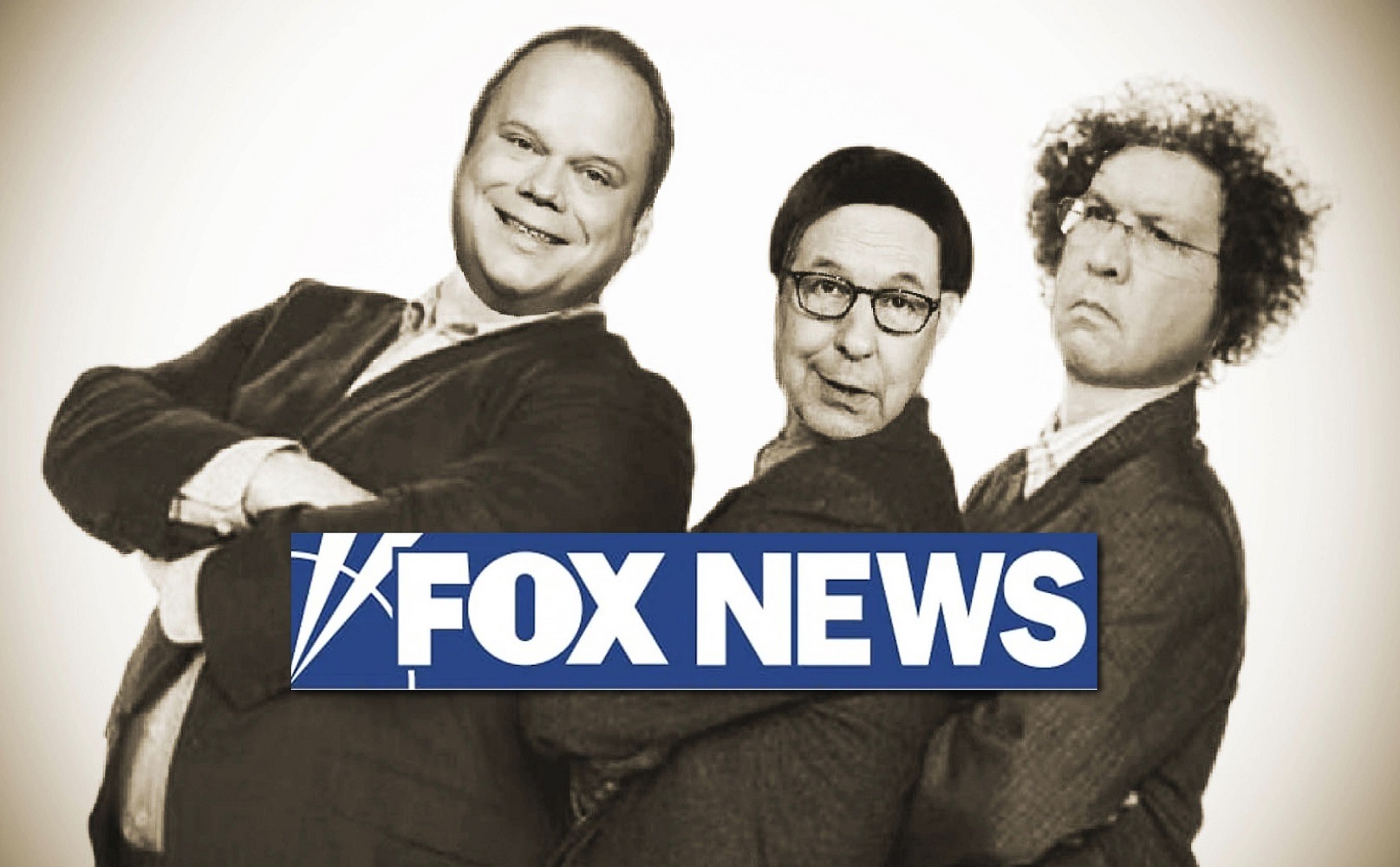 For years, Fox News has repeatedly disappointed the right with its handling of certain major stories. Nevertheless, its dominance as the supreme media entity on the right has never been seriously challenged. That could all be changing right now.

A source inside Fox News told Revolver that “millions” of viewers have stopped watching the network. The source said that outwardly, senior executives attribute the dip to a normal decline in interest with the end of the 2020 election. But internally, these executives are deeply disturbed and surprised by the drop in viewership, and a corresponding surge in anti-Fox animus on the right.

If Fox execs are surprised, they shouldn’t be. Fox’s handling of the 2020 election could be a Rubicon moment, where the channel decisively shifts from being a dissident media operation to a form of controlled opposition. The shift is driven by individual personalities at Fox, mostly those in the company’s news division (as opposed to its primetime opinion programming). These personalities are not only blatant in their dislike of Donald Trump, but are also progressively more obvious in showing their disdain for his voters.

The shift started on Election Night, when Fox raced far ahead of other news outlets in projecting Joe Biden as the winner in Arizona based solely on his lead from mail-in ballots.

This wasn’t the act of a neutral news organization simply reporting the facts. In fact, it was a gross failure of election reporting. In the end, Biden won Arizona by just 0.3%, barely ten thousand votes.

But Fox never wavered in its wholly unjustified call. Instead, the network brought out the man responsible, Democratic donor Arnon Mishkin, to smugly declare that the network had special knowledge that simpletons could not grasp.

Fox had many other failures that Tuesday night besides the Arizona call. The network also aggressively predicted that Democrats would add five or more seats to their House Majority:

The Fox News Decision Desk can now project that Dems will retain control of the House..& expand their majority by at least 5 seats. This is a major boost for..House Speaker Nancy Pelosi, who has pledged to roll back much of Trump’s first-term agenda if he loses reelection

In fact, Democrats lost seats and will only preserve their majority by the slimmest of margins. Just like with Arizona, Fox refused to retract its forecast, with Bret Baier only admitting the flub 8 days later.

At another point during the broadcast, anchor Bret Baier mentioned to Washington correspondent Chris Stirewalt that polls of the election appeared to be way off. Ludicrously, Stirewalt disputed the point, insisting that pre-election polls were “good.” Of course, the polls were not good and it was obvious from the earliest moments of Election Night. Polling averages showed Trump down slightly in Florida, but he romped to an easy 3-point win. Small polling leads in Iowa, Ohio, and Texas all turned into big Trump wins. And of course, in the Midwest states of Wisconsin, Michigan, and Pennsylvania, absurd polls showing Trump down 10+ points were exposed as shams as Trump built huge election-night leads in all three states. But at Fox News, Stirewalt was lecturing viewers that they were too stupid to understand the metrics.

That was the tone throughout the night. Even as results indicated Trump was massively outperforming polls and threatening to win, Chris Wallace dragged out those same polls to downplay any possibility of a Trump win. While Fox raced to call Arizona for Biden, it showed no similar urgency to call Florida for Trump. Instead, Wallace explained that the state didn’t matter, and then pivoted to reading off discredited polling data to explain why Trump was going to lose.

Wallace on Trump’s Florida lead: Voters may be ‘frightened’ of Biden https://t.co/fadS2Ot2Uk

In the days after the election, Fox only further alienated its viewers. That Saturday, as media outlets began calling the presidential race for Joe Biden, Chris Wallace delivered a minute-long extemporaneous sermon explaining that the race was over because the media had anointed Biden the winner, and thus “momentum” made legal challenges over fraud irrelevant.

On Sunday, as White House Press Secretary Kayleigh McEnany described the administration’s plans to continue challenging alleged voter fraud, Neil Cavuto imitated MSNBC and CNN by cutting away from the press conference, explaining that he couldn’t “in good countenance (sic) continue showing” viewers the claims their president was making.

Then, on Monday, America’s Newsroom anchor Sandra Smith was caught on a hot mic ridiculing a guest who suggested Biden might have benefited from voter fraud.

Sandra Smith, off-air, reacts to her colleague Trace Gallagher indulging a nutjob who denies the outcome of the election even after Fox News had called it for Joe Biden: pic.twitter.com/gZ4nrnVHab

This is far more than Fox merely taking a skeptical attitude toward Donald Trump’s post-election efforts. This is a network whose personnel are reveling in their contempt for the network’s own viewers.

Fox’s news team doesn’t seem to understand the role it fills in the media ecosystem. Fox should, of course, try to be an objective news outlet. It should report truthfully and not traffic in propaganda. But it is not, and should not try to be, a neutral news outlet, in the sense of trying to appeal equally to all segments of America. Fox is a channel whose target audience is the American right, tens of millions of people whose values, interests, and perspectives are ignored and denigrated by virtually every other major media entity in the country. Fox isn’t “Fair and Balanced” because it is the only neutral media outlet. It is “Fair and Balanced” because it offers a conservative outlook to contrast with the liberal domination everywhere else.

Fox is flailing right now. And everybody can see it.

Conservative viewers made FOX News No 1 in ratings. They are CRAPPING on us. We can un-make them No 1 if we WALK AWAY. Murdock sons HATE us. Don’t reward them because of Hannity and Tucker. It’s the batteted wife syndrome. Don’t go back. pic.twitter.com/WTYNQfOpw7

Fox has irritated conservatives many times in the past, but there is a real possibility that this backlash could be more sustained and far-reaching than those before it. Ratings for Fox competitors Newsmax and OANN have surged, thanks in part to direct promotion by the President:

If President Trump leaves office in January, his anti-Fox efforts could grow well beyond tweets. Recent reporting by The Wall Street Journal confirms that the President is open to creating his own conservative media empire. This could be done by buying Newsmax or OANN, or simply by launching a new service from scratch. Even if this new venture didn’t surpass Fox, it could be devastating to the network’s bottom line:

A serious rival to Fox News would be a threat to Fox Corp. If a competing network were to take 20% of Fox News’s audience by 2024, it could sap about $200 million in annual profit from the company, according to a report from media analyst Michael Nathanson. [WSJ]

As Revolver pointed out in a much discussed piece, the dirty little secret about major media conglomerates like Fox is that they are not really about being profitable in the normal business sense. Rather, their function is to maintain influence over the population.

For a media empire operating at the highest levels, the influence it wields on the public’s mind is far more valuable to the ruling power structure than any self-contained profit that could be generated by optimizing their news product to suit the taste of the audience.

This does not mean that profit is irrelevant to a media company. In Tucker’s case, his stratospheric ratings are a great tool of leverage, and without profit, a company must continually court new investors. But the point remains that for a serious media enterprise, profit is always secondary to influence.

Just as a social media company’s true product is its user data, the true product of a major media company is the flow of narratives that shape the perception of reality. Wielding influence over the public mind will always be more valuable than any profit that could be generated by optimizing the news to suit public tastes.

The most important control the oligarchs have over the American people is their control over the flow of information and their ruthless protection of oligarch-aligned narratives on all issues — from immigration, to Covid, to foreign policy, and now, to what transpired in the dead of night in voting centers in the most corrupt and dysfunctional cities in America.

The unified messaging against Trump and the American patriots who support him reminds us of the stakes involved in this fight. It is imperative for patriots to both establish and support our own media institutions to preserve a pipeline and conduit for delivering the truth directly to the American people.

This is a daunting challenge that requires the best minds, significant capital, and an iron will. We must draw our confidence and resolve in the justice of our mission and the inevitability of our victory. Control of the major media organs gives the corrupt American regime and ruling class a hold on power for the moment. But the fact that they find it necessary to control all media reveals a decisive and fatal weakness — the truth is not on their side, and the American people are not on their side. The second a megaphone appears that blasts a truthful narrative to the American people is the second the corrupt ruling class loses their power. President Trump has given us a glimpse of this, and there will be more to come. The fight for our nation’s future has just begun. Game on.

Revolver News is dedicated to news aggregation and analysis. We are dedicated to providing Americans of all backgrounds and political persuasions with timely, common-sense, accurate and compelling information. Be sure to check out our news feed.