Did Your iPhone Secretly Install a COVID-19 Tracker? How to Find Out… 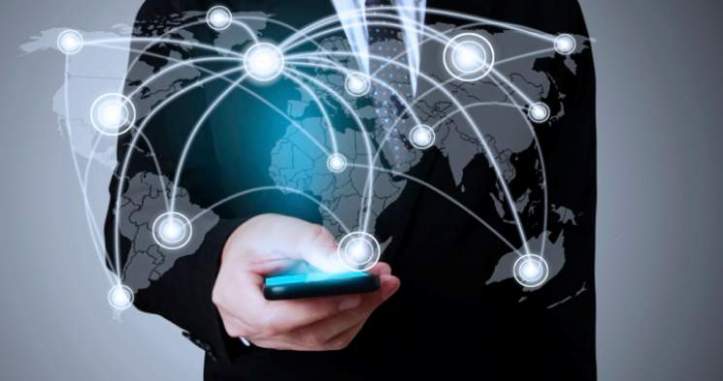 Does an Apple a day still keep the doctor away — or bring him (and Big Brother) knocking at your door?

Users are reporting that the latest update for iOS (the iPhone’s operating system) automatically installed coronavirus contact-tracing software onto their phones.

The change appears to have come with update iOS13.5 back in May and all subsequent updates.

Did your phone act up with no service a few days ago? What if I told you they secretly added #covid19 trackers. iPhones: settings/privacy/health. It’s there. Awake yet?

The tracking option was installed discreetly on users’ phones without announcement. It can be toggled on and off by going to settings > privacy > health.

The option is titled “COVID-19 Exposure Logging” and features the following description:

When enabled, iPhone can exchange random IDs with other devices using Bluetooth. This enables an app to notify you if you may have been exposed to COVID-19. Exposure logging cannot access any data in, or add any data to, the Health app.

Android users have found that Google installed similar settings on their operating system.

Android has it too. Go to settings>google and it’s the first option

That’s because the exposure notification program was, in fact, co-developed by Apple and Google.

Despite Apple’s assurance that an iPhone will not enable the tracking feature if the user toggles it off, some are worried that the company will continue to gather the information without users’ consent.

This is just one of Big Tech’s recent efforts to monitor people’s personal information under the guise of stopping the spread of coronavirus.

Japan just rolled out a Microsoft-developed COVID-19 contact-tracing app called COCOA. The company’s engineers were hired by Japan in May, and they based their app on Apple’s and Google’s notification program.

The coronavirus outbreak unleashed on America and the world a plague of big-government social controls. The New American has reported on the use by several U.S. local police agencies of drones manufactured by a Chinese government-linked firm to enforce COVID-19 lockdowns.

In other states, government officials have tracked citizens’ cellphone data to observe their movement and see whether they are following social-distancing guidelines or not.

And in Baltimore, authorities instituted a new program that uses high-tech aerial surveillance to keep watch on city residents all day when outdoors — even in their own driveways and yards.

Not surprisingly, Arnold Ventures, the group that donated millions of dollars for the program, has partnered with George Soros’ Open Society Foundations and the Ford Foundation, among others. Other causes the non-profit has promoted include open primaries, abortion, Planned Parenthood, and funding the Wikimedia Foundation.

Despite the establishment’s concerns about the rise in coronavirus cases, that preoccupation does not extend to the mass protests being held by Black Lives Matter and other left-wing groups in response to George Floyd’s death.

The politicians that vilified patriots for getting out of their homes to protest unconstitutional lockdowns, and who are even now excoriating President Trump for resuming his political rallies, are the same ones praising BLM demonstrators — even though such protests have at times had attendees in the thousands and would thus provide ample opportunity for the virus to spread.

In New York, in fact, where the government is still trying to keep children out of parks, contact tracers hired by that same government are not allowed to ask anyone who has tested positive for COVID-19 if they have participated in the recent protests.

Defenders of omitting questioning about the protests in contact-tracing interviews claim it’s necessary to maintain trust so that subjects will give truthful responses. “I think the logic has to do with the fact that contact tracing requires a strong level of trust between the interviewer and the person they’re talking to,” said Dr. S. Patrick Kachur, a professor at Columbia University Mailman School of Public Health and a former official at the Centers for Disease Control and Prevention.

Digging deeper, however, reveals the true agenda. The Clintons, George Soros, Bill Gates, and other globalist entities are heavily involved in contract-tracing initiatives.

In light of the coronavirus madness, the constitutionalist John Birch Society has warned against letting the pandemic hysteria push us into accepting a police state.

“We ought not to let the Deep State, the government and Big Tech, compel Americans into surrendering their God-given rights and freedoms under any circumstances,” stated JBS. “Returning to ‘normal,’ does not and should never entail granting the government a massive overreach of power at the expense of liberty.”

Luis Miguel is a marketer and writer whose journalistic endeavors shed light on the Deep State, the immigration crisis, and the enemies of freedom. Follow his exploits on Facebook, Twitter, Bitchute, and at luisantoniomiguel.com.