If You Value Your Privacy, Never Bring An Amazon ALEXA Device Into Your Home 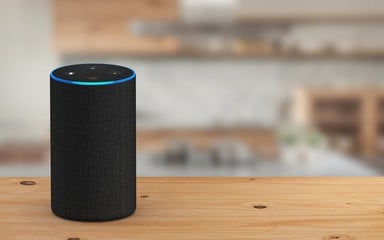 Privacy advocates are sounding alarms about Amazon’s Alexa device. A few weeks ago, the commands users were giving to their “smart devices” were being monitored by humans all in the name of “product empowerment.” But there is even worse news for those who cherish their privacy.

Amazon Alexa’s always-on microphone that so many Americans have willingly invited into their homes gives employees at Amazon enough information that they can “easily” discover any user’s home address, according to a report by Gizmodo. Their report comes from unnamed Amazon employees who talked with Bloomberg News about the distressing and privacy-violating situation.

Bloomberg made it clear that there haven’t been any reports of Amazon employees or contractors actually abusing this power and tracking down users at home, however, they did say that this backend feature gives employees “unnecessarily broad access to customer data.”

Team members with access to Alexa users’ geographic coordinates can easily type them into third-party mapping software and find home residences, according to the employees, who signed nondisclosure agreements barring them from speaking publicly about the program. –Bloomberg News

Amazon is not denying employees have access to customer data and the company is attempting to downplay the implications. “Access to internal tools is highly controlled, and is only granted to a limited number of employees who require these tools to train and improve the service by processing an extremely small sample of interactions,” an Amazon spokesperson told Gizmodo by email. And Amazon failed to declare just how many a “limited number of employees” that could be, and several media outlets have speculated that it could be thousands.

“Our policies strictly prohibit employee access to or use of customer data for any other reason, and we have a zero tolerance policy for abuse of our systems.” the spokesperson continued. “We regularly audit employee access to internal tools and limit access whenever and wherever possible.” But it isn’t just a customer’s address Amazon employees can access easily.  They can also get your phone number.

Bloomberg spoke to one Amazon employee who said that the company’s backend also displayed user phone numbers. That feature has allegedly been taken offline.  Alexa consumers are largely unaware of the fact that they have no privacy from Amazon since purchasing an Alexa device.

It seems obvious to never bring an Amazon Alex device into your home if you’re someone who values privacy.  However, it is unlikely customers knew or understood just how much of their privacy Amazon would be invading.  While to the company has offered services that are often unmatched by other businesses, they could be in hot water should they navigate the privacy concerns in a similar manner as Facebook.