Chinese Collusion: China Looking to Dominate U.S. From Without — and From Within

The New American
by Selwyn Duke 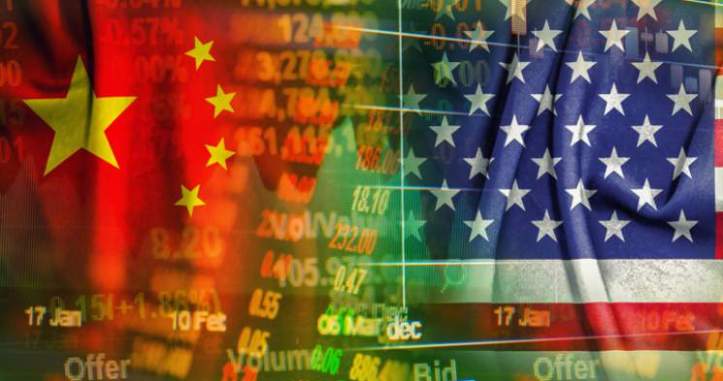 China’s de facto fascist regime already has its “Confucius Institutes” in our schools, its censors influencing our movies, and its government stealing our technology. Now comes word that Beijing is funding Washington think tanks and pressuring Chinese-descent Americans into doing its bidding. Add to this news that China’s military is joining Russia for war games involving simulated nuclear attacks, and painted is a clear picture of what China actually is: our primary and most dangerous geopolitical foe.

One of the tragedies of our leftists’ fretting and propagandizing over Russia — a land they took no issue with when it was the Marxist Soviet Union — is that it serves as misdirection causing us to take our eye off China. Note that China’s economy is approximately 10 times the size of Russia’s economy, the latter of which is actually $400 billion smaller than that of Texas. This is significant because military power follows economic power.

So it’s noteworthy that China will be joining Russia for war games next month. As the Washington Free Beacon reports:

The People’s Liberation Army will send more than 3,200 troops, 900 pieces of military equipment, and 30 aircraft to Russia for the exercise known as Vostok-18, or East-18, the Chinese Defense Ministry said, noting the exercises will involve practicing maneuver defense, live firing of weapons, and counterattack.

… A Pentagon official said the Vostok war games will be closely watched by U.S. intelligence agencies because they are expected to include the simulated use of nuclear weapons. “It’s their strategic messaging,” the official said of both Russia and China.

“For nearly 20 years Vostok has been the Russian proving exercise for developing its new ‘escalate to deescalate’ tactical nuclear doctrine involving the use of new, very small nuclear weapons fired mainly by artillery,” said Rick Fisher, senior fellow at the International Assessment and Strategy Center.

Russia’s new doctrine of rapidly escalating future conflicts by resorting to nuclear arms shortly after the outbreak of hostilities is a major concern for the Pentagon.

… Fisher said the training will “allow the PLA to learn a great deal about the Russian state of the art in combined warfare tactics, which is now an intense focus for PLA strategy development to prepare for war against Taiwan and the United States.”

The Beacon also reports that China is developing new, small nuclear arms as well — and that the United States is following suit in response to this Russia-born doctrine.

Perhaps more worrisome, however, is what’s largely unseen: China’s efforts to conquer us from within. As to this and the think-tank manipulation, the Beacon informs in a different article, relating a congressional commission report’s findings:

The influence operations are conducted by the United Front Work Department, a Central Committee organ that employs tens of thousands of operatives who seek to use both overt and covert operations to promote Communist Party policies.

“The [Chinese Communist Party] has sought to influence academic discourse on China and in certain instances has infringed upon — and potentially criminally violated — rights to freedoms of speech and association that are guaranteed to Americans and those protected by U.S. laws,” the report says.

Think tanks are targeted because they produce ideas, which can influence establishment (pseudo)elites and then filter down to the wider society. Senator Ted Cruz (R-Tex.) “has said the collusion between American groups and United Front Work Department operatives is the Chinese party using Americans to ‘unwittingly promote CCP [Chinese Communist Party] ideology’ in a ‘countering voice’ in debates over China,” the Beacon also tells us.

Moreover, “Chinese intelligence agents also work with the United Front Work Department to recruit students who are then called on to curtail universities’ discussion of China,” writes the Beacon.

“China targets students through 142 Chinese Students and Scholars Associations (CSSA) in the United States,” the site continues. “The associations ‘routinely coordinate with the Chinese government and … have been involved in the suppression of free speech and the harassment, intimidation, and surveillance of Chinese student activists,’ the report said, noting ‘Chinese intelligence officers posted in diplomatic facilities are the primary point of contact for CSSA members.’”

Also wielding soft-power influence — in more than 100 American colleges and approximately 400 K-12 schools — are Chinese Ministry of Education entities known as Confucius Institutes. As I reported in the past, they endeavor to replace legitimate China scholarship with propaganda, using money, unsurprisingly, to buy access (video below).

Of course, American youth are more focused on entertainment than academics, and China has this covered, too. As I reported in 2014 and 2018, the regime’s State Administration of Radio, Film and Television censors American movies, with denial of access to the huge Chinese market being the punishment for failure to “cooperate” (video below).

Then there’s China’s economic manipulation and habitual theft of American technology, as Senator Marco Rubio (R-Fla.) outlines in the video below:

Of course, stealing U.S. secrets and seeking to defeat us culturally — capturing Americans’ minds and hearts — are much like what the Soviet Union did in bygone days. But the USSR is gone and the “1980s are now calling to ask for their foreign policy back,” as Barack Obama might say. So will anyone stand up and proclaim that, now, China is the new evil empire?