Key Myths and Facts about the Atomic Bombings of Japan

In 1945, US president Harry Truman (who had dictatorial control over the atomic bomb) and his advisor James Byrnes intentionally prolonged the US war with Japan until, and apparently so that, they could target Japanese civilians, without warning, with atomic bombs.

The bombings were planned and carried out, as Alperovitz notes in an almost thousand-page study, in a way that “specifically avoided significant war” and “industrial installations”, and instead deliberately “target[ed] large numbers of civilians” so as to make the most “profound psychological impression” possible.

The documentary record illustrates that the important actors, including Truman and Byrnes, believed clarifying the terms of Japanese surrender and/or allowing a Russian declaration of war would end the war.  Truman and Byrnes alone decided to defy these findings and reverse course, changing the US momentum and going out of their way to alter the surrender terms so they would not be clarified, and made efforts to delay the Russian declaration of war so fighting would continue until the atomic bombs were ready.

The record further reveals the high-level actors, including Truman and Byrnes, did not believe a US invasion would be carried out in the absence of atomic bombings.  Contingency planning shows that if an invasion had been carried out, it would have been be months later and would have involved between 40,000 and 46,000 US deaths at the extreme high end (subsequent studies have found it may have involved as few as 0 or possibly 7,000 to 8,000 deaths), not 500,000 or a million – figures with no basis in the documentary record that were later invented to help try to justify to the public (in a successful propaganda effort) the US targeting, killing, and prolonged torture via radiation of large numbers of civilians.  (The US has repeatedly performed non-consensual human experimentation with radiation.)* 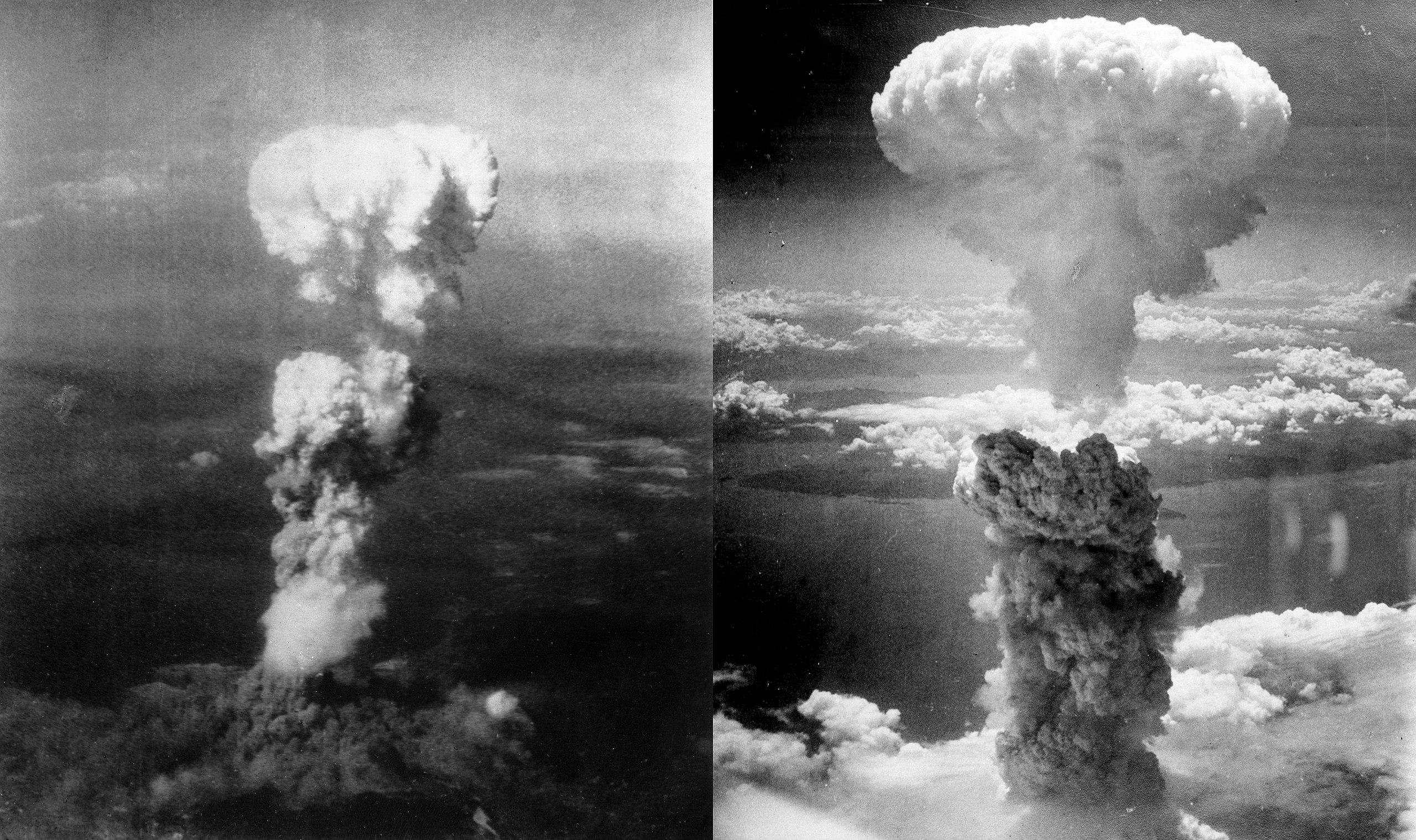 After industrial-scale targeting of civilians throughout Japan, and after wiping out hundreds of thousands of civilians in two cities with two different kinds of nuclear bombs, the US, in a “carefully worded response”, accepted Japan’s surrender (which US planners believed would occur without atomic bombings or a US invasion) on August 11th.  Japanese officials, who did not witness the bombings and did not know they were much different from what the US had already been doing, said the surrender was largely a result of the the impending Russian entry into the war.  On August 14th, the US hit Japan with a “grand finale”, bombing Honshu with 1,014 planes in the biggest single TNT bombing raid in history up to that point.

Before the atomic bombings, Truman had drawn a connection to the US Declaration of Independence’s Protocols of the Elders of Zion-style reference to “merciless Indian savages” by referring to the “merciless” “Jap” “savages” (“the Japs are savages… merciless…”), a probably-inadvertent, subconsciously ingrained repetition postcolonial scholars would note illustrates a through-line in US thought from origins in dehumanizing and wiping out civilian inhabitants of land and stealing resources coveted by US nationalists to doing so in many other global locales.  After US targeting of civilians in Germany, Truman also noted German civilians had to “atone for the crimes” of the German dictatorship, a logic identical to that of Osama bin Laden in rationalizing killing 3,000 US citizens on 9/11/01 as the US killed hundreds of thousands of Iraqis via siege.

James Byrnes, the sole man who went against the grain of all other top officials involved and convinced Truman to prolong the war so as to nuke Japanese civilians, went on, as a politician in his home state, to oppose the burgeoning grassroots civil-rights movement.

After the atomic bombings, major propaganda efforts were undertaken to cement an “acceptable”, though invented, rationale for the bombings in the public mind – a project that continues to be effective today, as US nationalists who have not studied the record continue to passionately insist on and believe the myths that the planners who decided to carry out the atomic bombings (Truman and Byrnes) thought a US invasion of Japan would take place and result in 500,000 or 1-million US deaths, that they thought the atomic bombings were necessary, that they were trying to end the war as soon as possible, and that they gave warning before carrying out the bombings.  None of these claims are accurate.

Another noteworthy point is that when people in the US are asked whether they believe targeting civilians is ever acceptable, they mostly say no (though just barely; global polling has found “Americans are the most likely population in the world to believe military attacks targeting civilians are sometimes justified”).  But when asked whether they think nuking civilians in Hiroshima and Nagasaki was justified, they still mostly say yes (though the number has been declining for years).

This may be an illustration of what George Orwell described as “doublethink” – holding two contradictory notions in mind at the same time – and may also relate to the self-serving notion that oneself or a group with which one feels associated is excused from laws and moral principles to which others must adhere, an idea prevalent in the US and which stems in large measure from the self-idolizing and self-serving attitudes of the religious and nationalist extremists who created the US state through slavery and the extermination or removal of the people occupying the lebensraum.  However, thanks to propaganda efforts and psychological components of nationalism, most in the US may be unaware, or ideologically unable to accept, that the planners deliberately targeted civilians in the atomic bombings and sabotaged peace efforts, intentionally prolonging the war, to do so.

Robert J. Barsocchini is an independent researcher and reporter whose interest in the discrepancy between Western self-image and reality arose from working as a cross-cultural intermediary for large corporations in the US film and Television industry.  His work has been cited, published, or followed by numerous professors, economists, lawyers, military and intelligence veterans, and journalists.  He begins work on a Master’s Degree in American Studies in the fall.

See The Decision to Use the Atomic Bomb, by Gar Alperovitz, chapters 34, 39, 42, Conclusion

*The US has, among other types of human experimentation, injected unknowing patients, including children, with plutonium. (pp. 731)  Also see.