Next on Trump’s List: Rein in the UN Dictators Club 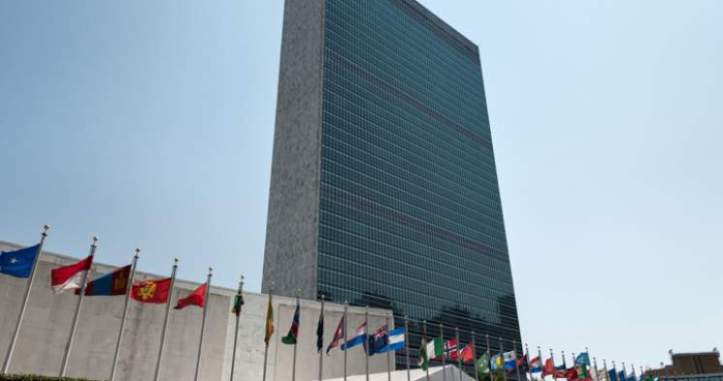 Establishment globalists were right to be concerned about the fate of their schemes. After a fast-paced first week of putting “America First” by targeting pseudo-“free trade” regimes and rogue regulatory agencies, President Donald Trump is reportedly preparing to take on the United Nations. Its swarms of agencies, programs, bureaucracies, conventions, and associated schemes are also in the crosshairs. According to a January 25 report in the anti-Trump New York Times, which claimed to have seen a set of draft orders being prepared by the administration, Trump plans to drastically reduce the U.S. government’s role at the UN and other international organizations. He is also planning a review of sovereignty-stealing UN treaties, with a view toward restoring self-government in various policy areas and saving U.S. taxpayers billions of dollars. Globalists everywhere are in a panic.

Under one of the two draft orders, headlined “Auditing and Reducing U.S. Funding of International Organization,” the U.S. government would cut funding to any UN agency or international organization that meets any specific criteria. One of those criteria, the Times reported, was granting full membership to the Palestinian Authority (PA) or the Palestine Liberation Organization (PLO). Deceitfully, the Times did not mention until close to the bottom of its report is the fact that two 1990s-era federal laws already require the U.S. government to halt all funding to any UN entity that admits the PA or PLO as a member state. That is why the UN’s extremist “education” agency UNESCO has been defunded, despite Obama’s best efforts. Then-President Bill Clinton signed one of those measures into law, with the other being signed by George H.W. Bush.

Also subject to being defunded under Trump’s draft executive order, according to the Times, is any UN or international outfit that “is controlled or substantially influenced by any state that sponsors terrorism.” That would likely include the UN’s widely ridiculed “Human Rights Council.” The extremist body, run by an Islamic dictatorship’s prince who equated Trump with ISIS and claims “international law” requires “robust gun control” in America, is literally dominated by a majority of unfree regimes — including some of the most savage and murderous dictatorships on the planet that have sponsored terrorism for decades. UN entities controlled or substantially influenced by regimes that persecute marginalized groups or systematically violate human rights would also be defunded.

While specific states were not mentioned in the Times report about Trump’s orders, the brutal Communist Chinese dictatorship would appear to be a prime target. Among other crimes, it ruthlessly persecutes Christians, Muslims, Falun Gong practitioners, and other religious minorities — with some even having their body organs harvested and offered to Communist Party bigwigs or wealthy foreigners. In Tibet, Beijing is perpetrating what is widely referred to around the world as the “cultural genocide” of the ancient nation, essentially seeking to wipe it off the face of the Earth forever. And yet, despite its well-documented barbarism, which includes killing more people than any government in human history, the regime’s agents currently lead at least a half-dozen UN agencies.

Other requirements under the draft order include instituting cuts of “at least 40 percent” in all remaining U.S. taxpayer funding to international organizations. The Times claimed it was not clear whether the order was intended to cut 40 percent or more of the American funding for each UN agency, or whether the cuts were aimed at the entire federal funding budget feeding the array of largely hostile international bureaucracies. Also set to be reviewed, according to the orders, is any funding that could be diverted to the International Criminal Court (ICC), a kangaroo court that claims to have jurisdiction over every person on Earth, including Americans and journalists, despite the fact that the U.S. Senate never ratified the agreement creating it.

The first order would also establish a committee to recommend where to make cuts to U.S. funding for UN agencies and other globalist outfits. That body would be tasked with, among other specific responsibilities, investigating U.S. funding for a number of UN agencies and bureaucracies. Among them is the International Criminal Court, which in recent months threatened that it was considering hauling U.S. troops in. The ICC tried to jail a journalist, too. Also set to be scrutinized are the UN’s scandal-plagued “peacekeeping” missions, which have been notable primarily for the wide-scale rape of children, the slaughter of civilians, the persecution of those who blow the whistle, and other crimes. Finally, the UN Population Fund, which has been implicated in aiding the Communist Chinese regime in its forced abortions and its savage population-control regime, is also set to be examined.

The second draft executive action purportedly seen by the Times is the “Moratorium on New Multilateral Treaties.” According to the report, the order would demand a review of all current and pending multilateral treaties involving more than one foreign government. The review would be followed by recommendations on which negotiations, conventions, or treaties the U.S. government should ditch. That order specifically mentions the “Convention on the Elimination of All Forms of Discrimination Against Women,” which has been weaponized by governments worldwide to assault freedom and family. It also mentions the UN “Convention on the Rights of the Child,” a totalitarian scheme that Scottish lawmakers cited to justify the assignment of a named bureaucrat to oversee the upbringing and indocrination of each and every child. The U.S. Senate has refused to ratify either scheme.

The second order on multilateral treaties exempts any treaty “directly related to national security, extradition or international trade.” The Times absurdly — pathetically, almost — tried to claim that might exempt the UN’s pseudo-treaty on alleged man-made global warming known as the “Paris Agreement” because it touches on “trade.” In the real world, Trump has already promised to “cancel” that illegal UN scheme, which was never ratified by the Senate anyway. And immediately upon taking office, the White House website vowed to dismantle Obama’s illegal “Climate Action Plan,” which was the centerpiece of Obama’s illegal “commitments” under the UN climate regime. Plus, without the trillions in loot from U.S. and Western taxpayers promised to the UN “Green Climate Fund,” virtually every Third World regime on Earth has already promised to walk away.

It is unclear whether the latest report is accurate or even substantially accurate. The Times, which has lost much of its credibility in recent months with its anti-Trump hysteria masquerading as journalism, has been widely criticized across the political spectrum for its extreme bias in favor of Hillary Clinton, the man-made global-warming theory, globalism, and Big Government. It played a key role in covering up the Soviet genocide of Ukrainians, in bringing Castro the “freedom fighter” to power in Cuba, and in advancing the globalist agenda of swamp central aka the Council on Foreign Relations. In fact, after resigning, a reporter for the self-styled “newspaper of record” ridiculed the Times as a “propaganda megaphone” for the establishment, war, and more.

Liberty-minded insiders at the UN who have spoken to this reporter have long warned that it would be preferable to shut down and abolish the UN agencies — particularly to avoid the ongoing abuse of the global bureaucracies by the Communist Chinese regime and other autocracies to spy on the West, undermine Western economies, restrict liberty, legitimize tyranny, and more. A 1995 non-paper by the U.S. State Department entitled “Readying the United Nations for the 21st Century” recommended shutting down and consolidating a wide array of UN programs, agencies, and schemes. Today, more than a few prominent voices have continued to call for shutting down UNESCO, UNIDO, the UN HRC, and numerous other out-of-control bureaucracies.

But that is not enough. American taxpayers pay between $8 billion and $10 billion each year to the UN, more than 185 other member states combined. And in return, the American people, their liberties, their Constitution, and their national independence are subject to constant and vicious attack from the dictators club and its leading officials. Activists are hopeful that, under President Trump, that will begin to wind down. Congress is also working to defund the UN. But as long as the “dictators club” is left alive to limp along with U.S. membership, it will inevitably come back to wage war on freedom and self-government eventually.

Of course, Trump’s expected actions represent an excellent place to start — especially after eight years of Obama, who in his last speech to the dictator-dominated UN General Assembly openly called for America to “accept constraints,” “giving up some freedom of action” (also known as self-government), and “binding ourselves to international rules.” However, a much better and more permanent solution would be to get the U.S. out of the UN completely. Legislation to do that, the American Sovereignty Restoration Act (H.R. 193), is currently sitting in the House Foreign Affairs Committee. And with enough public pressure, 2017 can be the year that America finally breaks free of the dictators club.

Alex Newman, a foreign correspondent for The New American, is normally based in Europe. Follow him on Twitter @ALEXNEWMAN_JOU. He can be reached at anewman@thenewamerican.com.