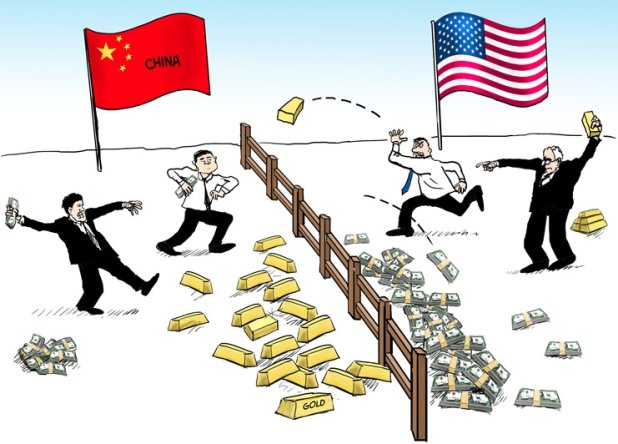 An interesting, but extremely important piece of news fell through the cracks earlier this week, that has the potential to be one of the most powerful attacks on the dollar’s reserve currency status since 1973.  And it appears to be happening using the West’s own mechanism against them.

On Aug. 1, China announced that around the 1st of October they will be internationalizing the IMF’s Special Drawing Right’s (SDR) currency for global use in trade, thus placing the currency basket in play for nations to use instead of the dollar.

Now in August of 2016, we are very close to the first SDR issuance of the private sector since the 1980s.

Opinion pieces in the media and speculation by informed sources prepared us for the launch of an instrument most people don’t know about earlier in 2016. Then the International Monetary Fund (IMF) itself published a paper discussing the use of private sector SDRs in July, and a Chinese central bank official confirmed an international development organization would soon issue SDR bonds in China, according to Chinese media Caixin.

Caixin now confirmed which organization exactly will issue the bonds and when: The World Bank and the China Development Bank will issue private sector or “M” SDR in August.

The so-called SDR are an IMF construct of actual currencies, right now the euro, yen, dollar, and pound. It made news last year when the Chinese renminbi was also admitted, although it won’t formally be part of the basket until Oct. 1 of this year.

How much? Nikkei Asian Review reports the volume will be between $300 and $800 million and some Japanese banks are interested in taking up a stake. According to Nikkei some other Chinese banks are also planning to issue SDR bonds. One of them could be the Industrial and Commercial Bank of China (ICBC) according to Chinese website Yicai.com.

The IMF experimented with these M-SDRs in the 1970s and 1980s when banks had SDR 5-7 billion in deposits and companies had issued SDR 563 million in bonds. A paltry amount, but the concept worked in practice.

The G20 finance ministers confirmed they will push this issue, despite private sector reluctance to use these instruments. In their communiqué released after their meeting in China on July 24:
“We support examination of the broader use of the SDR, such as broader publication of accounts and statistics in the SDR and the potential issuance of SDR-denominated bonds, as a way to enhance resilience [of the financial system].”

They are following the advice of governor of the People’s Bank of China (PBOC), Zhou Xiaochuan, although a bit late. Already in 2009 he called for nothing less than a new world reserve currency.

“Special consideration should be given to giving the SDR a greater role. The SDR has the features and potential to act as a super-sovereign reserve currency,” wrote Zhou. ”

What is most extraordinary about this is that control over the M SDR will come from Chinese authority, and with the blessings of Japan, Europe, and members of the G20.  And this move will also provide China the initial boost it needs to act as a second caretaker of the global reserve currency system, and bring them one step closer to implementing their end game goal of a gold backed trade program.

In addition to this move, China will announce the results of a new audit for their gold reserves, which is a key part in the IMF allowing China to become the gatekeeper for SDR internationalization.  And dependent upon how much they declare their reserves to be, it could be a shock to the system for U.S. hegemony over the gold price, and open the door for Shanghai to wrest full control over the pricing of precious metals.

How this will affect the upcoming U.S. elections is unclear, but it is no coincidence that these two events will be occurring in October, and at the time where a change in power for the U.S. empire is taking place.  Yet either way, the days of a singular polar reserve currency may soon be at an end, and how quickly its use expands beyond just the G20 will only be a matter of time.