Origins and Meaning of US’ Behaviour in Middle East

The infantilism of American diplomacy in Syria

The behaviour of the US administration since the start of Russia’s military operation in Syria is most reminiscent of how a resentful child reacts after having his favourite toy taken away, a toy he has just ripped the legs off and was close to ripping the head off. You explain to him that taking the toy away is in his own interests, otherwise he would not have his favourite toy at all, but he is still upset. He seems to understand that he is in the wrong, but is unable to do anything about it. He understands perfectly well what he has done, but carries on doing exactly the same thing in the future.

The White House’s reaction to Russia’s proposals to cooperate in the fight against the Islamic State (IS) cannot be called anything else but infantile. Washington is unable to openly oppose Russia’s actions – within the meaning of and with respect to international law, these actions are beyond reproach, no matter what Western propaganda keeps saying. Setting up serious obstacles in the theatre of war is also not an option.

Infantilism here is not a figure of speech, but an accurate diagnosis of the whole of the Obama’s administration Middle East strategy. Prestige, a special mission, universally recognised leadership and any other phantom signs of state grandeur seem more important to this administration than actual achievements. 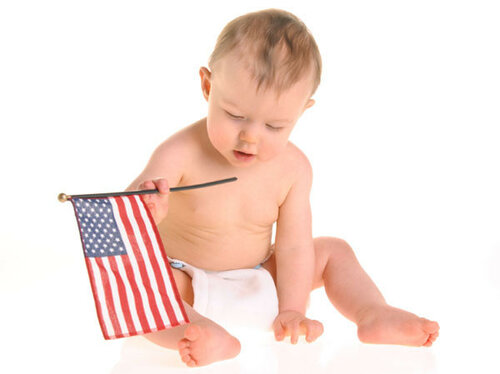 Philosophers note a disturbing inverse relationship that characterises the present: «Humankind is growing wiser technologically, but is growing more foolish humanitarianly». Even if you look at America’s projects from the recent past that undermined the powerful Soviet Union at the time such as the National Security Council Report 68 from 1950, you have to admit that they were long-term multifaceted documents that ultimately achieved their goal (although it should be added that this was not without the participation of the USSR’s leaders). These projects were developed by the very best people in the business. Their successors are now resting on the laurels of their founding fathers and, in accordance with the philosophical formula of «technological progress and humanitarian regress», are simply falling short of the high standards of that time.

Today, America’s strategy in the Middle East is also determined by a specific doctrinal document – the presidential policy directive (PPD) «Political and Economic Reform in the Middle East and North Africa», or PPD-13 (each president begins his own count of these acts from zero), signed by Barack Obama at the end of 2010-beginning of 2011. Future historians are yet to have their say on this fateful document, which has also served as the trigger for tectonic shifts in the region, since it has obliged the US government machine to work at encouraging «democratic processes» there. It would seem that more than one generation of US politicians is going to be faced with the task of clearing up the disastrous consequences of this strategy. In the meantime, although US experts know about the existence of PPD-13, discussing it is taboo for «the greatest democracy in the world»

It all started with a relatively small number of ‘Middle East experts’ within the US National Security Council who convinced Obama that he was fully capable of carrying out a revolutionary transformation of the so-called Greater Middle East thanks to his ancestry and personal abilities. In doing so, he would have to tackle the objectives that had still not been accomplished by his predecessors since September 2001 to place the macro region under America’s complete control.

It was assumed that Obama would go down in history as a result, which is the dream of every US president, and who knows, maybe even surpass the glory of the republicans Reagan and Bush Senior, whose names are forever linked to the downfall of the USSR and the transformation of Eastern Europe. The first step was Obama’s Cairo speech in May 2009. His entourage convinced him that the region’s entire population were staggered by the benefits of «freedom and democracy» being promised to them and were just waiting for the much-desired signal to begin implementing these ideals.

Then the policy began to be developed that ended with a drastic step backwards from the proclaimed principles. Instead of democracy there was tyranny and violence and instead of social emancipation there was an explosion of archaism. Entire nations collapsed. And there is nothing surprising about this when you know that PPD-13 was prepared by just three people within the NSC who are already famous for their equally disastrous recommendations to the US president during the Iraq invasion. These three people are Dennis Ross, Daniel Shapiro and Elliott Abrams. They are the ones behind the Arab Spring. Although these men were advocates of military action during the US invasion of Iraq, they decided to try their hand at ‘soft power’ for «political and economic reform in the Middle East», but it turned out exactly the same.

Since then, insufficient analysis, simplified cause and effect relationships, slogans and dogmatism, and a disregard for the traditions and interests of nations that Washington is focussing on are all becoming commonplace not just with regard to this, but also many other US foreign policy documents. And yet the country still has unshakeable confidence in its own absolute self-righteousness, in its ability to change the world of its own volition, although this has been far from true for a long time. Why all this determined America’s foreign policy behaviour will probably become clearer if we consider the degradation of American foreign-policy thinking as part of the overall decline of the empire.

This decline is often mentioned, but what it is reflected in is not always made clear. It seems that the inability to produce clear rationale is also an important indication of imperial decline. Academics refer to this state as «the atrophy of cognitive empathy». Finding itself in this condition, a country is not worried about the most important aspects, since these are increasingly slipping out of its control, but about holding onto the external features of grandeur. Moreover, it is unable to overcome its claims to messiahship bordering on fanaticism and even loses its basic good sense at times.

Outdated decision-making mechanisms at the highest level and proclamations that the entire planet is in America’s sphere of interests is leading to US presidents having to resolve a huge amount of issues related to everything under the sun. They have not been coping for a long time and who would? All the reports ‘to the top’ are inevitably shortened, straightened out and simplified – otherwise there just wouldn’t be enough time. The primitive dichotomies put forward by the US administration (democracy – totalitarianism etc.) crumble the first time they come into contact with reality, because putting Saudi Arabia in the vanguard of freedom while labelling Syria a tyranny, the most democratic and secular state in the region, just will not work. Life overturns these feeble-minded schemes. Reducing the hugely-complicated Syrian conflict down to the personality of Bashar Assad after completely bankrupting the same personalised approaches in Iraq (Saddam Hussein) and Libya (Muammar Gaddafi) just seems pathetic.

At some point, US policymakers have started to believe in their own propaganda and mistake its mirage for something that really exists. It is difficult to accept losing the role of «global superpower», hence America’s spontaneous, bordering on infantile, reactions instead of mature political behaviour. These could even prove dangerous. Helping America realise the world has changed and the time has come for it to give up its claims to hegemony and become a normal state is the common goal of humankind.