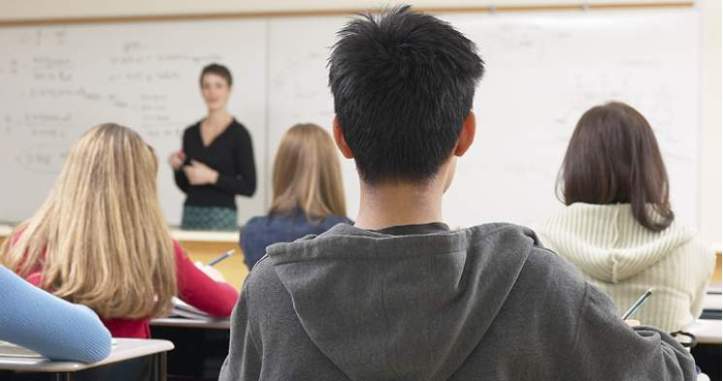 In an effort to bring the United Nations’ “transformative values” into American classrooms, the would-be world government is trying to “mobilize political commitment” from the United States and others to fund the UN’s education agenda.

At the Oslo Summit on Education for Development held on July 7, UN Secretary-General Ban Ki-moon “reaffirm[ed] the human right to education.”

“We are here to secure commitments to deliver on the promises of the sustainable development agenda. Education is essential to its vision of a life of dignity for all,” the secretary-general said.

This push to transform education from a privilege to a “human right” is almost identical to the remark made by Speaker of the House John Boehner (R-Ohio) in reference to the recently passed $23 billion federal education bill. “Education ought to be the civil right of the 21st century,” he declared.

A UN news release crowed about the plans to push the globalist agenda in schools:

Thanking Norway for its support to his Global Education First Initiative, Mr. Ban particularly welcomed the announcement made today of the establishment of a commission on financing of global education whose five convenors are Norway, Chile, Indonesia, Malawi, as well as the UN Educational, Scientific and Cultural Organization (UNESCO).

While the United States is not directly named in the new commission rounding up funds for the secretary-general’s global education initiative and we have not made any “extrabudgetary contributions to UNESCO” since October 2011, the United States pays 22 percent of the UN’s budget, part of which goes to fund UNESCO operations worldwide.

The money — from the United States and other UN member nations — set aside for this Global Education First Initiative will go to implementing “recommendations on how we can achieve our goals.”

What are those goals? The program’s website lists three priorities. While they are a bit lengthy, they will be quoted here completely because the devil is in the details — really.

Priority 1: Put Every Child in School

Education is the great driver of social, economic and political progress. As people learn to read, count and reason critically, their prospects for health and prosperity expand exponentially. But our advances in education have not benefited everyone equally — and primary school enrollment rates tell only part of the regrettable story. Millions of children who start primary school are unable to finish, and still more miss out on high school. Today, some 71 million young people — including half of all adolescents in low-income countries — are receiving no post-primary education. We can no longer afford the cost of excluding them.

Priority 2: Improve the Quality of Learning

School attendance should open pathways of learning and discovery, but too often it doesn’t. Millions of children go through school and come out without basic literacy and numeracy. Education is ultimately judged by what people learn. Many students around the world are banking their futures on poorly trained, weakly motivated teachers without enough books and other basics to facilitate their learning. This is grave disservice not only to the students themselves but to the parents who sacrifice to support them and the countries whose futures depend on them. While we strive to boost school attendance, we must ensure that our schools are engines of opportunity and not just idle warehouses.

The world faces global challenges, which require global solutions. These interconnected global challenges call for far-reaching changes in how we think and act for the dignity of fellow human beings. It is not enough for education to produce individuals who can read, write and count. Education must be transformative and bring shared values to life. It must cultivate an active care for the world and for those with whom we share it. Education must also be relevant in answering the big questions of the day. Technological solutions, political regulation or financial instruments alone cannot achieve sustainable development. It requires transforming the way people think and act. Education must fully assume its central role in helping people to forge more just, peaceful, tolerant and inclusive societies. It must give people the understanding, skills and values they need to cooperate in resolving the interconnected challenges of the 21st Century.

Constitutionalists and concerned parents should shudder at the words “sustainable development” featured prominently in these priorities. As readers likely recognize, those two words are just a code term for the larger UN global planning program known as Agenda 21.

The New American’s Alex Newman is an expert on the UN’s goal of indoctrinating our schoolchildren using progressive propaganda. He recently coauthored a book called Crimes of the Educators: How Utopians Are Using Government Schools to Destroy America’s Children. In this powerful exposé, Newman gives an overview of how the UN is trying to influence and create standards for education, science, and culture on a global scale.

As he commented on a recent radio interview promoting the book, the UN “seeks to make mandatory changes in the values and beliefs of all of humanity under the guise of educating.” The interviewer added that “Alex reveals some of the very startling ideas that hatched this international scheme, along with the big money that has funded its methodology.”

Making very clear the UN’s two-pronged attack on American education, the secretary-general told attendees at the Oslo Summit that they should “push for a ‘bold set’ of sustainable development goals to be adopted in New York this September.”

Then, where the rubber hits the road, Ban Ki-moon flogged the financing. “But to turn promises into action, we have to mobilize resources. And we need to increase funding to achieve universal education. And at the same time, we need to improve the coordination of financing,” he asserted.

Again, for those of you who don’t speak “globalese,” “mobilize resources” means, “We need to squeeze some more money out of the American middle class so we can turn their children against the values their ancestors cherished.”

Finally, lest there be any mistake as to the UN’s ultimate goal of creating and enforcing a worldwide curriculum consistent with its core socialist principles, the secretary-general ended the conference reminding the crowd of the “critical need for consistent and streamlined resources for education.”

The United Nations will not be deterred in its quest to convince our children of their responsibility to protect their “Mother Earth” from the evils of humanity. The priority now is to sound this anti-American screed in the ears of every American child while they sit captive in our country’s classrooms.

The United Nations’ drive to train our children to be better “global citizens” and bring its “transformative and shared values” to American classrooms is accelerating and may soon come to a school district near you.