With regard to Islamic State (IS), America is putting pressure on its partners, seeking a broadening of the US-led coalition. At an October meeting with Russian Foreign Minister Sergey Lavrov, John Kerry declared that, «no civilized country should shirk its responsibility to stand up and be part of the effort to stamp out this disease». Quite so, except America’s diagnosis of the disease and the treatment method chosen by the White House is not finding broad international support. 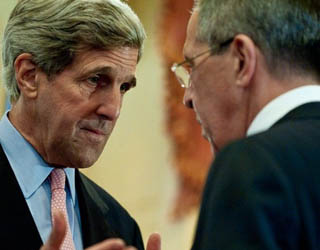 The US administration, which began airstrikes on IS positions in Syria on 23 September without UN Security Council approval, is steadfastly refusing to cooperate with the Assad government. Ignoring the role of Damascus in the fight against IS is clearly a mistake by Washington.

It is not only Moscow that is assessing the situation in this way. UN Secretary-General Ban Ki-moon also believes it is impossible to remove the threats associated with IS without resolving the Syrian conflict first. «The Daesh phenomenon in Syria is a consequence, not the cause, of the conflict. Daesh will continue to threaten Syria unless the deep political drivers of the conflict are resolved through a credible and comprehensive process», said Ban Ki-moon. Incidentally, US intelligence agencies are not denying this link of cause and effect. Analysing the Islamic State’s success factors, US National Counterterrorism Center Director Matt Olsen observed that IS fighters «are managing to successfully exploit the collapse of Syria and Iraq». It should be added that this happened in Syria largely due to Washington’s short-sightedness. And it is the same in Iraq, where the US has frozen its deliveries of already paid for weapons to Baghdad ever since Islamists declared the creation of a ‘caliphate’. The consequences of Washington’s behaviour can now be seen.

Since the start of US airstrikes on IS positions, the number of people wishing to join the group’s ranks has risen sharply. The conflict in Syria is attracting more Islamist fighters than anything else, including the war in Afghanistan and the 2003 campaign against Iraq. Pointing out the growing number of foreign mercenaries joining terrorists in Iraq and Syria, French newspaper Ouest-France writes, «In recent months, operations by the international coalition have had a boomerang effect». The Daily Mail, quoting the Syrian Observatory for Human Rights, reports that the Islamic State is signing up approximately 20 new recruits a day in the Syrian city of al-Bab alone. The terrorists have also set up their headquarters in Syria, in the city of Raqqa in the east of the country. It is interesting that the militants are even taking their wives and children there and putting them in the homes of those who have fled from the war.

Armed violence is increasingly spreading to new areas of Syria, and the humanitarian situation in the country is continuing to deteriorate. UN Assistant Secretary-General, deputy 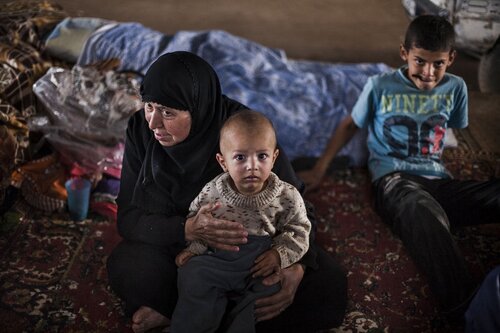 In a report to the Security Council on IS atrocities at the end of October, Emergency Relief Coordinator Kyung-wha Kang noted that in September, nearly 200,000 Syrians left their homes and fled (primarily to Turkey) as a result of IS offensives. Approximately 14,000 people sought refuge and protection in Iraq. According to Kyung-wha Kang, a large number of civilians in Syria were killed in October as a result of the indiscriminate shelling of densely populated areas, including schools and hospitals.

Reports by UN High Commissioner for Human Rights Zeid Ra’ad Al Hussein are also being ignored. «Its [IS’] idea of justice is to commit murder. It spares no one – not women, not children, nor the elderly, the sick or the wounded. No religion is safe, no ethnic group», the UN High Commissioner reported. Moreover, the UN’s humanitarian activities in Syria are, for the most part, detached from the real needs of the people. It is impossible to compensate for the acute shortage of money to finance international humanitarian aid for Syria with airstrikes. This year, the UN requested $2.3 billion for this purpose. To date, only 39 per cent of this amount has been provided.

According to the Pentagon, meanwhile, the daily cost of operations against IS comes to $8.3 million. According to a report by the US Center for Strategic and Budgetary Assessments, the war against IS could cost Washington a total of between $2.4 billion and $3.8 billion a year. During his travels, it would be more appropriate for John Kerry to discuss not so much allied involvement in the war in Syria, as joint international efforts to save millions of Syrians from a humanitarian disaster, including in partnership with the legitimate Syrian government.

According to the UN the number of foreigners in Iraq and Syria taking part in military operations is growing at an unprecedented rate and has already reached 15,000 people. This data is confirmed by US intelligence. The majority of these foreigners are European citizens. There are far fewer Americans, since the Muslim community is not as large there, but for Europe, which does not have borders or a strict border regime, the return of European fighters from Syria could be a trying time. 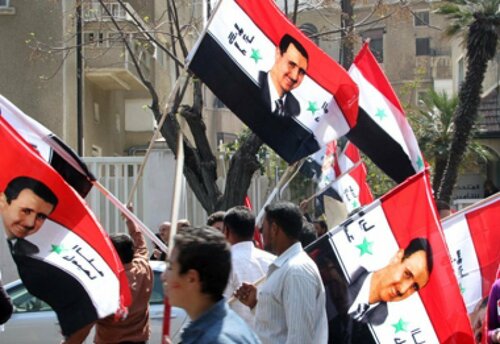 No one in Washington is worried about Europe’s vulnerability to the ‘boomerang effect’, and they have absolutely no regard for regional stability in the Middle East. To be otherwise, the US would have to move from clashing with Bashar al-Assad in its fight against the Islamic State to cooperating with him.

Instead, US allies in the region – Egypt, Saudi Arabia, the United Arab Emirates and Kuwait – are currently discussing plans to set up a military alliance and joint armed forces to fight IS according to their own script with a clear anti-Iranian focus. Implementing these plans would mean a new attempt to crowd Iran out of Syria and Iraq. The Middle East is once again in danger of being cast into the flames of a major war.