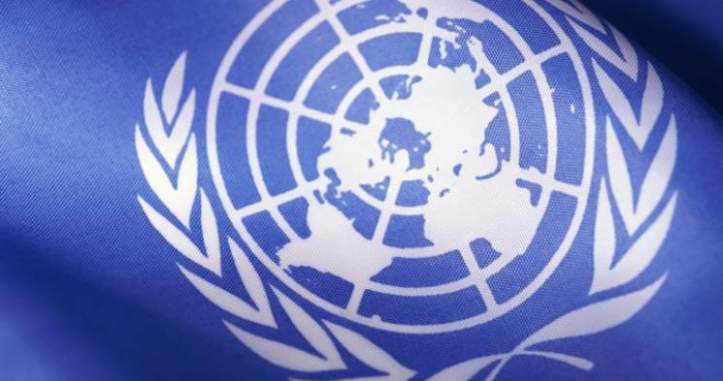 Citing multiple real and imagined crises facing the world today, United Nations boss Ban Ki-moon celebrated the 69th anniversary of the dictator-dominated outfit he leads by claiming it is now “needed more than ever.” In a statement, the UN said its festivities would highlight the orgaization’s focus on “education of global citizens.” Rabidly pro-UN President Obama, meanwhile, issued a presidential proclamation celebrating “UN Day,” urging America’s 50 governors and all officials under the U.S. flag to also “observe” the controversial day with “appropriate ceremonies and activities.” Obama and the UN chief both suggested that the would-be global government should be further empowered, too.

Left unsaid by Ban and Obama, of course, is how much misery and tyranny has been inflicted on humanity by the scandal-plagued UN and its oftentimes barbaric member regimes — many of which continue to serve on the UN Security Council and the disgraced “Human Rights” Council. Indeed, from UN “peace” troops raping and murdering civilians around the world to growing UN assaults on U.S. sovereignty and liberty, the organization is increasingly out of control. And it will only get worse without strong action.

It is time for the United States to withdraw from the UN and defund all of its tentacles.

However, if Obama and Ban get their way, the UN will not only continue to perpetrate abuses with impunity and legitimize mass-murdering regimes, it will get more power and more U.S. taxpayer funding to do it. In recent years, for instance, despite $17 trillion in federal debt, Obama has been seeking to drastically increase the amount of American wealth funneled to the UN and its various organs — especially toward its ruthless “peacekeeping” machinations. The presidential proclamation on October 24 makes the administration’s agenda clear.

“In 1945, in the shadow of a world war and the face of an uncertain future, 51 founding nations joined in common purpose to establish the United Nations and codify its mission to maintain international peace and security, encourage global cooperation, and promote universal respect for human rights,” Obama said in his proclamation, without noting that the UN’s vision of human rights is entirely incompatible with the God-given rights guaranteed to Americans in the U.S. Constitution. “Nearly seven decades later, we once again find ourselves at a pivotal moment in history — a crossroads between conflict and peace, disorder and integration, hatred and dignity — dealing with new challenges that require a united response.”

“As we confront these global problems in an increasingly interconnected world, the United Nations remains as necessary and vital as ever,” Obama continued. “On United Nations Day, we recognize the important role the United Nations continues to play in the international system, and we reaffirm our country’s commitment to work with all nations to build a world that is more just, more peaceful, and more free.” By “nations,” of course, Obama is referring to the collection of governments, dictators, and mass-murderers that make up the UN’s largely totalitarian membership.

According to Obama, the UN “enables progress on the world’s most immediate threats and critical long-term challenges.” His first example — alleged man-made “global warming” — comes amid the ongoing implosion of the dubious theories underpinning climate hysteria and the failure of virtually every falsifiable prediction made by warming (and global cooling) theorists over the last four decades. Obama also claimed the UN helps “eradicate poverty,” which, of course, is ridiculous, as the overwhelming majority of poverty in the world today is caused directly by oppression and bad policy foisted on humanity by UN member regimes (often with UN support).

“In this spirit of mutual interest and mutual respect, the international community must continue to find common ground in the face of threats to the prosperity and security of all our nations,” Obama added. “On this day, let us resolve to strengthen and renew the United Nations. Let us choose hope over fear, collaboration over division, and humanity over brutality, as we work together to build a tomorrow marked by progress rather than suffering.… By harnessing the power of the United Nations, we can build a more peaceful and more prosperous future for all our children and grandchildren.”

Obama did not bother to mention that much of the UN’s focus in recent years has been attacking the independence, liberty, and constitutional system of government bequeathed to the American people by the republic’s Founding Fathers. From calling on Obama to unconstitutionally overturn state laws approved by voters, to demanding “international standards” in America on everything from policing and water “affordability,” to attacking the God-given rights to self-defense and arms, to demanding that the federal government defy the Constitution that created it in the first place, the UN has completely discredited and exposed itself. Fellow civilized nations have also come under UN attack even as operatives for the world’s most brutal communist regimes are selected to lead UN agencies.

Like Obama, though, UN boss Ban was similarly full of praise for the increasingly power-hungry Leviathan he leads, not-so-subtly calling for the organization to be empowered to control virtually every aspect of human activity. “Poverty, disease, terrorism, discrimination and climate change are exacting a heavy toll,” Ban claimed in his “UN Day” statement, with no reference to the tyranny, death, and horrifying suffering inflicted on humanity by UN member states. “Millions of people continue to suffer deplorable exploitation through bonded labour, human trafficking, sexual slavery or unsafe conditions in factories, fields and mines. The global economy remains an uneven playing field.”

In other words, Ban believes the role of the UN includes everything from setting global labor standards and law enforcement to wealth redistribution and rationing emissions of what scientists call “the gas of life” (CO2, exhaled by every human being) supposedly under the guise of stopping non-existent warming. “The founding of the United Nations was a solemn pledge to the world’s people to end such assaults on human dignity, and lead the way to a better future,” continued Ban, who earlier this year was rallying Third World dictators to create a “New World Order” based on global socialism. “There have been painful setbacks, and there is much work ahead to realize the Charter’s vision. But we can take heart from our achievements.”

In an almost mind-boggling claim, Ban also claimed that the UN had “inspired the most successful anti-poverty campaign ever.” In reality, of course, free markets, economic liberty, and voluntary charity are entirely responsible for reducing and eliminating poverty around the world. Studies show that taxpayer wealth showered on dictators and Third World regimes actually perpetuates poverty and oppression for the masses, while economic freedom lifts everybody out of poverty. That is why, for instance, the United States, Canada, Switzerland, New Zealand, and Hong Kong are among the wealthiest places on Earth, while Cuba, North Korea, Zimbabwe, Venezuela, and various totalitarian-ruled African nations are among the poorest.

“At this critical moment, let us reaffirm our commitment to empowering the marginalized and vulnerable,” Ban continued, perhaps oblivious to the irony. “On United Nations Day, I call on Governments [sic] and individuals to work in common cause for the common good.” The “common good,” of course, has been the rallying cry of tyrants always and everywhere throughout human history. For a brief overview of the UN’s activities toward the “common good” in recent years, check out the “Related Articles” section below this for a tiny sample of news articles on the UN that have appeared in The New American.

But despite all of that, the UN and its establishment backers have much, much bigger plans for the future — and they have had such designs in mind since the UN’s founding. One of the key architects of the UN at its founding conference was John Foster Dulles, who would go on to become U.S. secretary of state. In his 1950 book, War or Peace, Dulles, who also served as a founder of the global governance-promoting Council on Foreign Relations, offered insight into the outfit’s true purpose.

“The United Nations represents not a final stage in the development of world order, but only a primitive stage,” he wrote. “Therefore its primary task is to create the conditions which will make possible a more highly developed organization.” Later on in the book, he noted that he had never seen any proposal with “teeth” in it to create a “world government” or “world federation” that “could not be carried out either by the United Nations or under the United Nations Charter.”

Instead of celebrating UN Day, Americans should redouble their efforts to get the United States out of the UN “dictators club,” and the UN out of the United States. Legislation in Congress right now, HR 75, the American Sovereignty Restoration Act, would do precisely that. In the meantime, the GOP-controlled House of Representatives could stop all U.S. taxpayer funding to the UN and all funding for the implementation of its radical schemes within the United States.

Withdrawing from the UN would save U.S. taxpayers vast sums of money and would deal a massive blow to the plans of those who seek to use the outfit to extinguish the liberty and independence of these United States.