Do Newly Released Emails Reveal Conflict of Interest Between the CDC and the ADA? 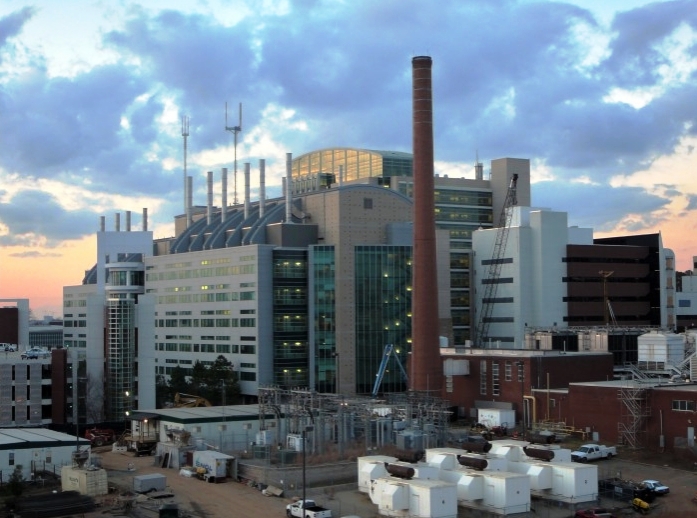 Over 2000 pages of emails released under a Freedom of Information Act request have uncovered an apparent conflict of interest between the Center for Disease Control and Prevention (CDC) and the American Dental Association (ADA) regarding water fluoridation. The emails also contain an admission by the CDC that those with kidney issues will likely be adversely affected by the substance.

From September 5th to the 8th the Fluoride Action Network held the 5th Citizens Conference on Fluoride in Washington D.C. At the conference, Dan Stockin, MPH, released the emails and declared that “These documents make it abundantly clear….. the ADA and CDC Oral Health Division are the tweedledum and tweedledee of fluoridation promotion. They work hand in hand (often at taxpayers’ expense) to spin the message in favor of fluoridation.”

The 2500 pages contained emails from 2011 between employees at the Oral Health Division of the CDC (the only division at the CDC that deals with fluoridation) and the ADA, as well as communications from the Department of Health and Human Services (HHS).

The Nidel Lawfirm helped in the efforts to get the emails released. A statement from Nidel states that, “These documents raise questions about the objectivity of individuals within these agencies and indicate a need to get to the true motivations behind the lack of objectivity in these organizations.”

Attorney Paul Beeber, President of the New York State Coalition Opposed to Fluoridation, Inc (NYSCOF), said the ADA, CDC, and the Pew Foundation are “ monitoring what NYSCOF and other groups who oppose fluoridation are doing and writing instead of allowing us to attend their meetings or participate directly in their email discussions.” The Pew foundation is a non-governmental organization that lobby’s to serve the public interest by “improving public policy, informing the public, and stimulating civic life.”

Within the emails William Maas of the Pew Foundation says “There is a lot of uncertainty,” when it comes to fluoride’s effects on kidney patients. Maas, himself a former CDC Oral Health Division Director, is writing to ADA Director of Congressional Affairs, Judith Sherman.

Also included in that email is William Bailey who was at the time the Director of CDC’s Oral Health Division. Bailey confirms what many critics of fluoride (aka hydrofluorosilicic acid) have said.  Fluoride affects the kidneys.

“End stage renal disease may be another issue. Since the body excretes fluoride through the kidneys, it is reasonable to assume that people with end stage [renal] disease may experience a buildup of fluoride.”

Also among the emails were communications between the ADA and the HHS. Writing about former Atlanta Mayor Andrew Young and his opposition to water fluoridation, officials of the HHS worry that the issue may be “gaining traction” and want to work with the ADA to formulate a response. In 2011, Young and Rev. Gerald Durley, and Bernice King, daughter of Martin Luther King Jr, began speaking out against water fluoridation and its disproportionate affect on the black populations. The leaders began calling the fight against water fluoridation a civil rights issue.

The government officials discuss the need to reach out to African-American clergy and research scientists to counter the growing opposition. The emails also contain discussion how to handle consumer advocate Ralph Nader and his vocal opposition to water fluoridation. Nader has long been an opponent of water fluoridation but on June 3, 2011 he issued a new statement saying, “It’s way overdue for this country to have an extended and open scientific and regulatory debate on fluoridation. There should be no mandatory fluoridation without the approval of people in a public referendum preceded by full and open public debate with disclosures. There is an old Roman law adage that says, ‘What touches all should be decided by all.’”

In an another FOIA document release, an internal memo from a  U.S. Public Health Service official highlights that the CDC has known since at least 1962 that fluoride affected the black population at a higher rate. On January 10, 1962  F.J. Maier wrote “negroes in Grand Rapids had twice as much fluorosis than others.” According to the CDCs own data blacks have a higher percentage of dental fluorosis than whites (58% vs 36%) based on 99-04 National Health and Nutrition Examination Survey (NHANES).

The substances added to municipal water supplies known by the name fluoride are actually a combination of unpurified by products of phosphate mining, namely hydrofluorosilicic acid, sodium fluorosilicate, and sodium fluoride. In the United States thousands of tons of fluorosilicic acid is recovered from phosphoric acid plants and then used for water fluoridation. During this process the fluoride ion is created.

This process of taking waste from the phosphate industry and putting it into drinking water has long been criticized for it’s effects on human health, and that of the environment. It is well known that water fluoridation has led to dental fluorosis for millions of children. This discoloring of the teeth was called “cosmetically objectionable” by the Centers for Disease Control. Beyond the cosmetic effect there have been a number of studies indicating health issues ranging from arthritis, brain problems, reduced thyroid or overactive  thyroid, kidney problems and bone cancers.

While proponents of water fluoridation have long pointed to an apparent drop in tooth decay in fluoridated nations as proof of it’s validity, those claims have been proven wrong by the World Health Organization. The Center for Disease Control and Prevention has stated the fluoride in the water is directly related to better teeth quality however, the WHO released it’s own study showing that tooth decay rates have dropped in all western nations, whether fluoridated or not.

The reasons for opposing water fluoridation include: fear of a variety of health concerns; the belief that it is force medicating the population without their approval; financial waste; and environmental concerns related to phosphate mines where the chemical is found.

The Fight Against Water Fluoridation

According to the Fluoride Action Network,145 communities have rejected water fluoridation since 2010. The growing number of cities and towns questioning the safety and economic efficiency of  water fluoridation has been been sparked by community activism efforts around the world. These efforts have come as a response to a variety of studies looking at possible health dangers.

A recent study published in the Journal of Analytical Chemistry indicates that fluoride ions found in fluoridated water and toothpaste may lead to an increase in Urinary Stone Disease (USD). The study was conducted by chemists from Russia and Australia, led by Pavel Nesterenko at the University of Tasmania. The team studied 20 urinary stones from patients at a Russian hospital and discovered fluoride ions in 80% of the stones. This could be due to high levels of fluoride in patients urine, possibly from drinking water containing fluorides and ingesting fluoride toothpaste.

Another study published in the journal General Dentistry warns that infants are at risk of dental fluorosis due to overexposure from fluoride in commercially available infant foods. The researchers analyzed 360 different samples of 20 different foods ranging from fruits and vegetables, chicken, turkey, beef, and vegetarian dinners. All of the foods tested had detectable amounts of fluoride ranging from .007-4.13 micrograms of fluoride per gram of food. Chicken products had the highest concentrations of fluoride, followed by turkey. The New York State Coalition Opposed to Fluoridation (NYSCOF) reports that the fluoride levels were due to pesticides, fertilizers, soil, groundwater, and/or fluoridated water. The high levels found in the chicken and turkey can be attributed to “fluoride-saturated bone dust” involved in the process of mechanically separating the meat.

Although these studies hint at various problems governmental and health organizations continue to recommend fluoride, also known ashydrofluorosilicic acid. Earlier this year American Dental Association issued new guidelines recommending “a smear” of fluoride toothpaste for children 3 and under and a “pea-sized dab” for those aged 3 to 6.