Dangerous Crossroads: The Threat of a Pre-Emptive Nuclear War Directed Against Iran

For more than a decade, Iran has been doggedly accused without evidence of developing nuclear weapons. The Islamic Republic is relentlessly portrayed by Western media as a threat to the security of Israel and of the Western World.

“We assess with moderate confidence Tehran had not restarted its nuclear weapons program as of mid-2007, but we do not know whether it currently intends to develop nuclear weapons.

– We continue to assess with moderate-to-high confidence that Iran does not currently have a nuclear weapon.

– Tehran’s decision to halt its nuclear weapons program suggests it is less determined to develop nuclear weapons than we have been judging since 2005. Our assessment that the program probably was halted primarily in response to international pressure suggests Iran may be more vulnerable to influence on the issue than
we judged previously.” (2007 National Intelligence Estimate Iran: Nuclear
Intentions and Capabilities; November 2007) 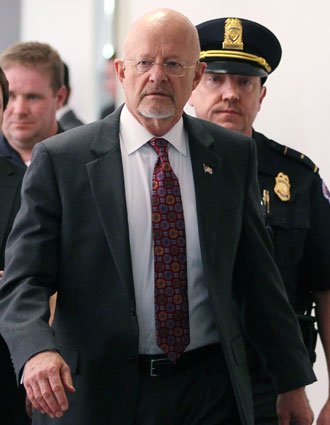 “we do not know if Iran will eventually decide to build
nuclear weapons.” The 2011 NIE largely confirms the findings undertaken by the US intelligence community in the 2007 NIE, which remains, according to The New York Times, “the consensus view of
America’s 16 intelligence agencies.”

First formulated in the Bush administration’s 2002 ‘Nuclear Posture Review’, the pre-emptive nuclear war doctrine – integrated into the Global War on Terrorism – started to take shape in the immediate wake of the war on Iraq. A pre-emptive ‘defensive’ nuclear attack on Iran using tactical nuclear
weapons was envisaged to annihilate the Islamic Republic’s non-existent nuclear weapons program.

So-called ‘mini nukes’ were identified as the ‘deal weapon’ to conduct a pre-emptive nuclear attack.

In 2003, the mini nukes, consisting of bunker-buster bombs with nuclear warheads, were re-categorized by the US Senate as bona fide conventional weapons. The new definition of a nuclear warhead has blurred the distinction between conventional and nuclear weapons.

Senator Edward Kennedy, at the time, accused the Bush Administration for having developed “a generation of more
useable nuclear weapons.”

Through a propaganda campaign which enlisted the support of‘authoritative’ nuclear scientists, the mini-nukes were upheld as an instrument of peace rather than war.

“Administration officials argue that low-yield nuclear weapons are needed as a credible deterrent against rogue states [Iran, North Korea]. Their logic is that existing nuclear weapons
are too destructive to be used except in a full-scale nuclear war. Potential enemies realize this, thus they do not consider the threat of nuclear retaliation to be credible. However, low-yield
nuclear weapons are less destructive, thus might conceivably be used. That would make them more effective as a deterrent.” (Opponents Surprised By Elimination of Nuke Research Funds, Defense News November 29, 2004)

In an utterly twisted piece of logic, nuclear weapons are presented as a means to building peace and preventing ‘collateral damage’. The Pentagon had intimated, in this regard, that the
mini-nukes are ‘harmless to civilians’ because the explosions ‘take place underground’. Each of these mini-nukes, nonetheless, constitutes – in terms of explosion and potential radioactive fallout – a significant fraction of the atom bomb dropped on Hiroshima in 1945.

Estimates of yield for Nagasaki and Hiroshima indicate
that they were respectively of 21,000 and 15,000 tons. Mini-nukes have a yield (explosive capacity) between one third and six times a Hiroshima bomb.

Following the 2003 Senate Green Light, which upheld mini nukes as ‘humanitarian bombs’, a major shift in nuclear weapons doctrine has unfolded. The low-yield nukes had been cleared for ‘battlefield use’. In contrast to the warning on a packet of
cigarettes (see the proposed Food and Drug Administration label below), the ‘advisory’ on the ‘dangers of nuclear weapons to human health’ is no longer included in military manuals. The
latter have been revised. This‘new’ generation of tactical nuclear weapons is considered ‘safe’. The dangers of nuclear radiation are no longer acknowledged. There are no impediments or
political obstacles to the use of low yield thermonuclear bombs.

The ‘international community’ has endorsed nuclear war in the name of World Peace.

While reports tend to depict the tactical B61 bombs as a relic of the Cold War era, the realities are otherwise: mini-nukes are the chosen weapons system under the doctrine of pre-emptive nuclear
war, to be used in the conventional war theater against terrorists
and ‘state sponsors of terrorism’, including the Islamic
Republic of Iran. 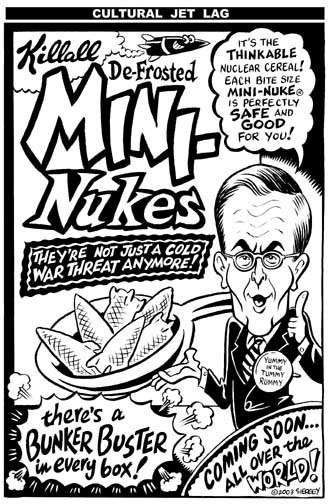 Concrete plans to wage a pre-emptive nuclear attack on Iran have
been on the Pentagon drawing board since 2004. A pre-emptive
nuclear attack would consist in the deployment of B-61 tactical
nuclear weapons directed against Iran. The attacks would be
activated from military bases in Western Europe, Turkey and
Israel.

In 2007, NATO confirmed its support for America’s nuclear
pre-emption doctrine in a report entitled ‘Towards a Grand Strategy for an Uncertain World:
Renewing Transatlantic Partnership’. The report (authored by
former defense chiefs of staff of the US, UK, Germany, France and
the Netherlands, and sponsored by the Dutch Noaber Foundation)
calls for a pre-emptive ‘first strike’ use of nuclear
weapons, against non-nuclear states as “the ultimate
instrument of an asymmetric response – and at the same time the
ultimate tool of escalation.  Yet they are also more than
an instrument, since they transform the nature of any conflict and
widen its scope from the regional to the global. Regrettably,
nuclear weapons – and with them the option of first use – are
indispensable, since there is simply no realistic prospect of a
nuclear-free world.” (Ibid, p.96-97, emphasis added).

According to the authors, Iran constitutes a major strategic
threat – not only to Israel, “which it has threatened to
destroy, but also to the region as a whole.” (Ibid, p.45) What
is required is for the Atlantic Alliance to “restore deterrence
through [military] escalation.”

In this context, the Report, endorsed both by NATO and the
Pentagon, contemplates the notion of “escalation dominance, the
use of a full bag of both carrots and sticks—and indeed all
instruments of soft and hard power, ranging from the diplomatic
protest to nuclear weapons.” (Report, p.96. emphasis
added)

In December 2011,  less than a year following the
publication of the 2011 National Intelligence Estimate (NIE), which
underscored that Iran does not have a nuclear weapons program, a
‘no options off the table’ agenda directed against Iran was
put forth by the Obama administration. What was envisaged was a
planned and coordinated US-NATO Israel military posture with regard
to Iran. It was understood, as intimated by former Defense
Secretary Leon Panetta, that Israel would not act unilaterally
against Iran. In the case of an attack on Iran, the green light
would be granted by Washington.

“Any military operation against Iran by Israel must be
coordinated with the United States and have its backing,“ said
Panetta.

The various components of the military operation would be firmly
under US Command, coordinated by the Pentagon and US Strategic
Command Headquarters (USSTRATCOM) at the Offutt Air Force base in
Nebraska.

Military actions by Israel would be carried out in close
coordination with the Pentagon. The command structure of the
operation is centralized and ultimately Washington decides if and
when to launch the military operation.

In March 2013, the ‘all options’ resolution in relation
to Iran was on the agenda during the president’s official visit to
Israel. While an integrated US-NATO-Israel approach in response to
‘the perils of a nuclear-armed Iran’ war was reasserted, the tone
of the discussions was in the direction of military action against
Iran.

Obama’s visit to Israel was preceded by high-level bilateral
consultations, including the visit of  IDF Chief of Staff
Benny Gantz to Washington in February for discussions with the
Chairman of the US Joint Chiefs of Staff General Martin Dempsey
pertaining to Iran and Syria. Benny Gantz was accompanied by Maj.
Gen. Aviv Kochavi, director of IDF Military Intelligence, at the
meeting with his US counterparts. The new head of the Pentagon
Chuck Hagel will be visiting Israel in April in a follow-up
meeting. 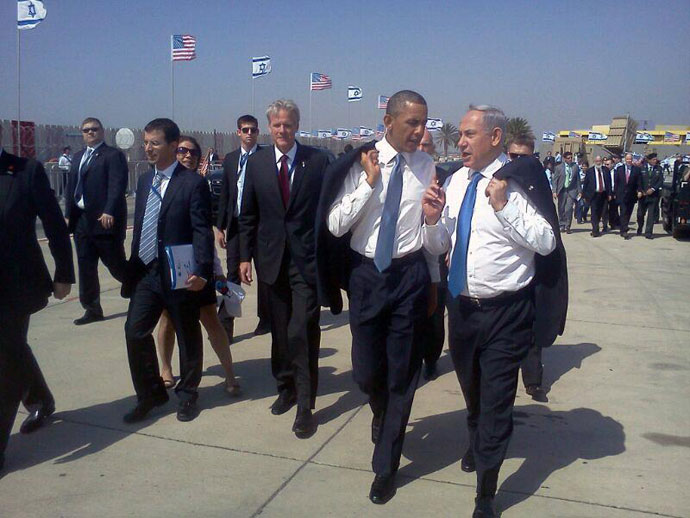 In the course of Obama’s visit, Prime Minister Netanyahu
reiterated the need for “a clear and credible threat of military
action [against Iran],” while intimating that Israel could act
unilaterally. In this regard, it is worth noting that in August
2012, a few months prior to the US presidential elections, a leaked
IDF briefing document (translated from Hebrew) revealed the details
of Netanyahu’s proposed “shock and awe attack” on Iran.

“The Israeli attack will open with a coordinated strike,
including an unprecedented cyber-attack … A barrage of tens of
ballistic missiles would be launched from Israel toward Iran …
from Israeli submarines in the vicinity of the Persian Gulf. The
missiles would be armed with … high-explosive ordnance equipped
with reinforced tips designed specially to penetrate hardened
targets. … A barrage of hundreds of cruise missiles will pound
command and control systems, research and development facilities,
… among the targets approved for attack— Shihab 3 and Sejil
ballistic missile silos, storage tanks for chemical components of
rocket fuel, industrial facilities for producing missile control
systems, centrifuge production plants and more.” (Quoted in
Richard Silverstein, Netanyahu’s Secret War Plan: Leaked Document
Outlines Israel’s ‘Shock and Awe’ Plan to Attack Iran, Tikun
Olam and Global Research, August 16, 2012).

The strike details mentioned in the leaked IDF briefing above
pertain solely to the use of conventional weapons systems. 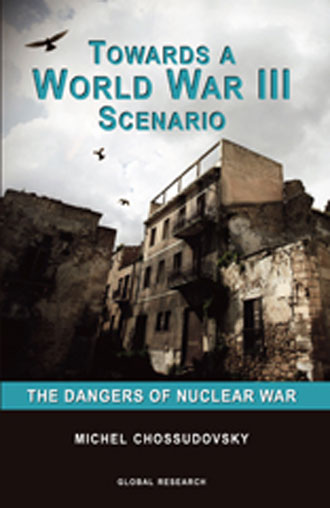 Michel Chossudovsky is an award-winning author, professor
of economics (emeritus) at the University of Ottawa, founder and
director of the Center for Research on Globalization (CRG),
Montreal and editor of the globalresearch.ca website. He is the author of
The Globalization of Poverty and The New World Order (2003) and
America’s ‘War on Terrorism’ (2005). His most recent book is
Towards a World War III Scenario: The Dangers of Nuclear War
(2011). He is also a contributor to the Encyclopaedia Britannica.
His writings have been published in more than 20 languages.

The statements, views and opinions expressed in this column are solely those of the author and do not necessarily represent those of RT.