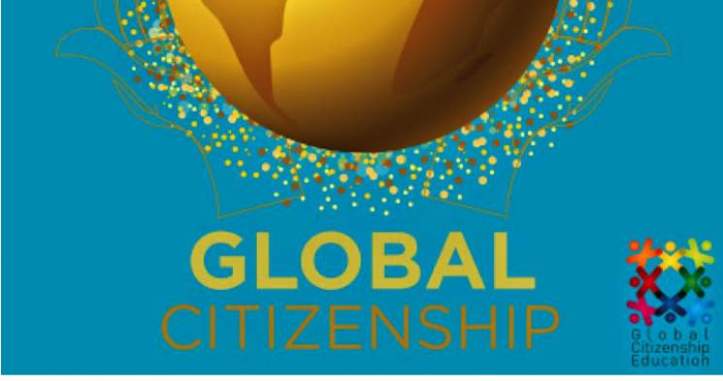 With virtually no coverage whatsoever in the major media, UNESCO (United Nations Educational, Scientific, and Cultural Organization) held its Second UNESCO Forum on Global Citizenship Education from January 28-30 in Paris, as preparation for its launch, several months from now, of the UN’s Framework for Action on Education post-2015. This master plan is scheduled to be unveiled at the UN’s World Education Forum, to be held in May in South Korea.

“We need new skills for new times — to foster greater respect and understanding between cultures, to give learners tools to make the most of diversity, to develop new values and behaviours of solidarity and responsibility, to harness the energy of young women and men for the benefit of all,” UNESCO Director-General Irina Bokova told the gathering of some 250 educators, government officials, and activists. “This is the importance of education for global citizenship and why this Forum is so important.”

“Global citizenship must be placed at the centre of education systems,” declared the headline of a press release on the forum issued by the UNESCO media office on January 30.

UNESCO’s Global Citizenship Education webpage tells us: “Global citizenship education (GCED) is one of the strategic areas of work for UNESCO’s Education Programme (2014-2017) and one of the three priorities of the UN Secretary-General’s Global Education First Initiative (GEFI) launched in September 2012.”

“Global Citizenship Education,” the UNESCO site continues, “equips learners of all ages with those values, knowledge and skills that are based on and instill respect for human rights, social justice, diversity, gender equality and environmental sustainability and that empower learners to be responsible global citizens. GCED gives learners the competencies and opportunity to realise their rights and obligations to promote a better world and future for all.”

That official UNESCO description of its GCED is pregnant with sufficiently troubling buzz words to set off alarm bells in even mildly alert parents and minimally informed national citizens: “social justice, diversity, gender equality and environmental sustainability” — all terms that have been, and are being, used to advance the UN’s most noxious global programs.

Over the past two years, millions of American parents and educators have become alarmed and outraged over curricula and lessons associated with the controversial Common Core program funded, promoted, and mandated by the federal and state governments.

Many of these newly alerted citizens are beginning to realize that the “local” or “state” Common Core program their elected and appointed officials have adopted is not local at all, but, rather, a global program camouflaged to look as if it were a locally originated product. (The familiar slogan, “Think globally, act locally,” takes on newly sinister meaning in this context.)

The Common Core curriculum proceeds from the World Core Curriculum of the late New Age guru and UN Assistant Secretary-General Robert Muller (1923-2010), who was also founder and chancellor of the UN’s University for Peace. In my book The United Nations Exposed (2001), I quoted extensively from Dr. Muller’s books, particularly, New Genesis: Shaping a Global Spirituality and My Testament to the UN, in which Muller advocates world government under the United Nations, which he idolizes as, literally, a divine institution.

In My Testament to the UN, Muller channels his close New Age associate Sri Chinmoy, writing:

In New Genesis, Muller tells us that the divine UN is leading us to “the apotheosis [deification] of human life on earth.”

“New Concepts of Good and Bad”

Robert Muller fully realized the revolutionary nature of his educational mission at the UN, which he served in official capacity for over 40 years. “As on the eve of the French Revolution,” he stated in New Genesis, “… we must outgrow the increasingly erroneous notion of good and bad as seen by a particular group … and define new concepts of what is good or bad for the entire human family. This is absolutely essential.”

The French Revolutionists to whom Muller directs us for moral guidance were, of course, as vile, violent, and degenerate a cabal of bloodthirsty criminals as ever has assembled. And the “new concepts of what is good or bad for the entire human family” he advocates can be seen in gory detail in the mass rape, terror, and genocide perpetrated by UN “peacekeepers” all over the globe. (See here, here, and here.)

Robert Muller’s worshipful view of the UN is, no doubt, a principal reason why he was awarded the UNESCO Prize for Peace Education in 1989. Muller’s “new concepts of what is good or bad” translated into the UN granting accreditation to the notorious Kinsey Institute last year, so it could join the Sex Information and Education Council of the United States (SIECUS, which was already UN-accredited) in working officially inside the UN to promote perversion. (See here and here.)

The UN watchdog group Center for Family and Human Rights (C-Fam) has reported extensively on the UN’s promotion of abortion, pedophilia, and the LGBT agenda. (See here and here).

The UNESCO document proclaims, “The State is the custodian of education as a public good,” which must proceed from “a holistic and lifelong learning approach” — one that will be UN-guided and will implement “global targets at [a] national level.”

“It has been agreed so far,” the document states, “that the post-2015 education agenda should be clearly defined, balanced and holistic, and take a lifelong learning approach. The post-2015 global education agenda should be rights-based and adopt an equity perspective, expanding the vision of access to that of access and learning through the provision of quality education at all levels, taking a holistic and lifelong learning approach. It should be of universal relevance and mobilize all countries and stakeholders, regardless of their development status. While the State is the custodian of education as a public good, the role of civil society, communities, parents and other stakeholders is crucial in the provision of quality education.”

The global education agenda should be complemented by a “Framework for Action” to guide countries in operationalizing national education agendas, including setting national targets and indicators reflective of the diverse social, political, economic and cultural contexts. The Framework for Action should include an implementation strategy in which necessary operational mechanisms, supporting actions and enabling conditions for the implementation of global targets at national level will be spelled out, including partnerships, financial requirements, governance and accountability and monitoring.

Red Targets
Among the UNESCO “targets” of the Framework we find: “All girls and boys participate in and complete a full cycle of free and compulsory quality basic education of at least 10 years, leading to relevant, recognized and measurable learning outcomes with a special focus on achieving gender equality.”

“Free and compulsory” is fully in accord with the aims of UNESCO — and the Communist Manifesto, Karl Marx’s infamous screed, which called for “Free education for all children in public schools.” By “public schools” Marx meant, of course, government schools, institutions controlled and run by the State and for the State. And far from being “free,” the schools advocated by Marx (and in operation now in virtually every nation of the world) would become ever more and more costly, paid for by the increasingly onerous taxes extracted from the “bourgeoisie,” the dwindling and struggling middle class. But the new Marxist schools would be free indeed, in the sense that they would be free of Christianity, morality, and parental rights and family influences.

It is understandable that UNESCO’s Irina Bokova is wholly in tune with this Marxist objective, since she has been steeped in communist ideology and discipline throughout her entire life. Born in 1952 into a family of Bulgarian Communist Party apparatchiks, her father, Georgi Bokova, was a leading communist propagandist and editor-in-chief of the party’s official news organ. Mrs. Bokova was a youth member of the Bulgarian Communist Party, as well as an adult member, until 1990, when the Party changed its name to the Bulgarian Socialist Party (BSP), so that the communists could not only continue running Bulgaria as newly branded “socialists,” but also benefit from the aid, loans, and investments being handed out by the United States and the European Union. She served two terms in the Bulgarian Parliament as a crypto-communist member of the BSP, and then served as foreign minister in the Cabinet of BSP Prime Minister Zhan Videnov, who was revealed to have been an agent of the Bulgarian branch of the KGB. Last year Bokova was officially awarded Bulgaria’s highest national honor — the Order of Stara Planina — by president Rosen Plevneliev, who also was a lifelong Communist Party member, until joining the GERB, a socialist party led by current Bulgarian President Boyko Borisov, who is also a “former” Communist Party member.

“Affirm It From the Housetops”
Back in the early 1950s, when UNESCO’s radically subversive agenda was beginning to alarm many Americans, the organization’s defenders, for the most part, denied that the UN agency was engaged in anything nefarious, and especially, loudly dismissed all charges that the UN was promoting world government.

However, some of pro-UN forces took a different tack. One such was The Saturday Review, an unabashedly internationalist magazine that candidly admitted the UN/UNESCO plan for world government, and defended it in a 1952 editorial, explaining:

If UNESCO is attacked on the grounds that it is helping to prepare the world’s peoples for world government, then it is an error to burst forth with apologetic statements and denials. Let us face it: the job of UNESCO is to help create and promote the elements of world citizenship. When faced with such a “charge,” let us by all means affirm it from the housetops.

It is now time for all Americans who hope to salvage and resuscitate what’s left of our national sovereignty and our society’s post-Christian morality to denounce UNESCO’s toxic immorality from the housetops — and to demand that our elected officials once again terminate our nation’s membership in, and funding of, this dangerous and corrupt organization.