Stunning Terrorism Statistics that Nobody Wants You to Know 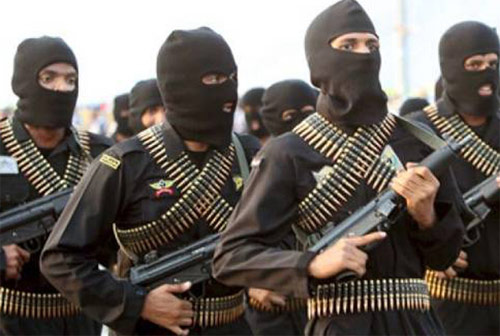 Terrorists, Counter-Terror “Experts”, and Governments Are All Motivated to Cover Up the Facts

Experts say that  terrorists are strongly motivated –  for two reasons – to exaggerate their abilities to inflict damage:

(1)  Terrorism is defined as “the use of violence and intimidation in the pursuit of political aims”.  So terrorists exaggerate their destructive abilities in order to increase intimidation and push their aims

(2) The more damage people believe that a terrorist group has inflicted, the more donations and funding they will receive from radical extremists.  Specifically, radicals are more likely to fund terrorists who are “effective” in inflicting damage than those who can’t pull off murder and mayhem

So terrorists want to exaggerate how much damage they’ve actually inflicted.

Likewise, the type of counter-terror experts who frequently appear on the mainstream news are motivated to hype the terror threat, because it drums up business  for them.

The more scared of terrorism people are, the more books they’ll sell on terrorism, the more people will pay them to give talks on terrorism, and the more they’ll be asked to appear on mainstream news.  So they don’t want you to know the real statistics on terror, either.

And the government has also exaggerated the threat of terrorism for political purposes  (literally seeing a terrorist under every bush).   For example, FBI agents and CIA intelligence officials, a top constitutional and military law expert, Time magazine, the Washington Post and others have all said that U.S. government officials “were trying to create an atmosphere of fear in which the American people would give them more power”.  Indeed, the former Secretary of Homeland Security Tom Ridge admitted that he was pressured to raise terror alerts to help Bush win reelection.  The threat from Islamic terrorists – while real – has been greatly exaggerated. Former U.S. National Security Adviser Zbigniew Brzezinski – also a top foreign policy advisor to President Obama – told the Senate that the war on terror is a “a mythical historical narrative”.

Indeed, the government justifies its geopolitical goals – including seizing more power at home, and overthrowing Syria in 1949, Iran in 1953, Iraq twice, Afghanistan twice, Turkey, Libya, and other oil-rich countries – by hyping the terror menace.   So the government wants you to be scared out of your pants by the risk of terrorism.

So what are the real terrorism facts?

The actual statistics are stunning:

The total number of deaths from terrorism in recent years has been extremely small in the West.  And the threat itself has been considerably reduced. Given all the headlines people don’t have that perception; but if you look at the statistics that is the case.

Postscript:  While terrorists, counter-terror “experts” and governments are trying to scare the pants off you, the truth is that – if we refuse to be terrorized – we win and the terrorists lose.